Home
Market
Global Rush to Safety Sends Treasury Yields to Lowest Since 2016
Prev Article Next Article
This post was originally published on this sitehttps://i-invdn-com.akamaized.net/news/LYNXNPEC302UR_M.jpg 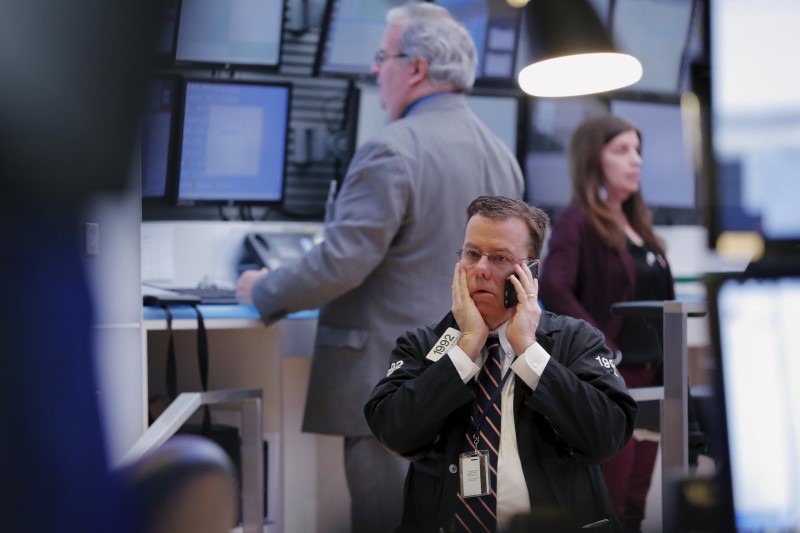 (Bloomberg) — Traders are preparing for the worst as the coronavirus spreads across national borders, stoking fears about its economic impact.

Investors snapped up U.S. Treasuries, sending the yield on to the lowest level since 2016. In Europe, the entirety of Germany’s bond yield curve fell back below 0% for the first time since October, meaning that investors may have to pay for the privilege of holding them to maturity. Global stock indexes tumbled, with dropping 2.6%, the most in six months.

The total stock of negative-yielding investment-grade debt looked set to jump back above $14 trillion.

Other bond markets took a beating. Italy’s debt appeared most vulnerable, with borrowing costs soaring above those of Greece’s after the government imposed a lockdown on an area of 50,000 people near Milan, with infections in the country rising to about 150 from just a handful a week ago. The outbreak threatens to weigh further on the country’s already-struggling economy.

“The moves in bunds, Treasuries etc. are all rational moves, with the coronavirus now having a significant impact outside of China,” said Peter Chatwell, the head of European rates strategy at Mizuho International Plc. “The impact on Italian bonds specifically seems extreme – this just goes to show that hotspots for the spread of the disease are being found a long way outside of China.”

The spread of the coronavirus is quashing hopes that the peak rate of infections may have passed and bodes badly for the global economy, which had seen signs earlier this year of a rebound. As investors mark down growth estimates, expectations for rate cuts from the Federal Reserve have also gathered pace.

Overnight index swap markets priced for two 25 basis point cuts this year, with the first fully-priced for June. Money markets also moved to price in a full, 25 basis point rate cut from the Bank of England in November, having previously not anticipated one for 2020.

The U.S. 10-year yield has dropped more than 50 basis points this year. The bond, typically favored in a risk off environment, saw yields touch a record low on Monday. The rate on its German and Dutch peers fell below 0% for the first time since Oct. while Italy’s yield jumped the most since December, reaching 1.0%, meaning borrowing costs are higher than Greece’s across the curve. Stock futures from Europe to the U.S. fell.

Cash trading was shut during the Asia trading session due to a holiday in Japan. The dollar once again proved itself to be the currency to own at times of stress, appreciating versus all group-of-10 currencies with the exception of the . The latter’s appreciation showed its reputation as a haven outshining the growing recession risk in Japan.

To help model the effect of the virus, analysts are looking toward other major shocks, such as the terrorist attacks on the U.S. in 2001, or the global financial crisis. ADMacro is recommending investors target the bond markets of countries where central banks still have relatively high interest rates.

“Events are moving at speed and for all the bluster from central banks they have shown how quickly they can move when they have to — Think 9/11. Think GFC,” wrote Patrick Perret-Green, head of research and strategy, in a note to clients. “The view is simple – look at the countries that have room to ease and where the pricing of such action is delayed. The US and Canada are the stand outs and the U.K. is interesting.”

(Updates with stocks from second paragraph, adds comment from ADMacro from penultimate paragraph.)