Home
Market
GM forecasts flat 2020 profit after a rough 2019; shares gain
Prev Article Next Article
This post was originally published on this sitehttps://i-invdn-com.akamaized.net/trkd-images/LYNXMPEG141AV_L.jpg 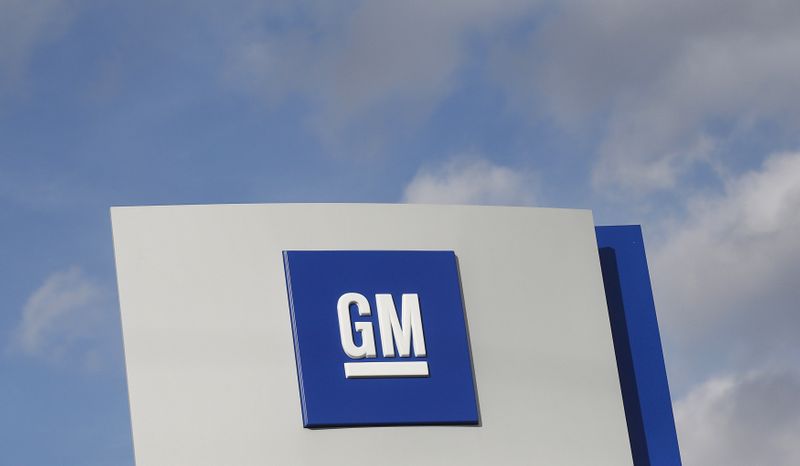 By Ben Klayman and Joseph White

DETROIT (Reuters) – General Motors Co (N:) on Wednesday forecast flat profits for 2020 and reported a better-than-expected fourth quarter result as it kicked off a new effort to win over investors stampeding into shares of electric car rival Tesla Inc (O:).

The automaker’s shares were up 1.8% in early trading.

GM said it expects earnings per share for 2020 in a range from $5.75 to $6.25, excluding one time items, taxes and interest. Analysts are expecting GM to earn $6.23 this year on a comparable basis, according to IBES data from Refinitiv.

The automaker forecast $6 billion to $7.5 billion of automotive free cash flow this year, a range that extends above the $6.5 billion GM’s auto operations could have generated in 2019 excluding the costs of the 40-day United Auto Workers strike last fall.

GM appeared to be getting better treatment from Wall Street than rival Ford Motor Co’s (N:), whose shares slumped Wednesday after the company on Tuesday delivered a weaker-than-expected 2020 forecast. Ford warned of higher warranty costs, lower profits at its credit arm and continued investments in future technology such as self-driving cars.

Including restructuring costs, GM had a fourth quarter net loss of $194 million, or 16 cents a share.

GM said income from its joint ventures in China fell to $200 million in the fourth quarter from $300 million a year earlier, as wholesale vehicle deliveries fell by 20%.

The Detroit company said “slower adoption of new fuel-efficient technology” by Chinese customers hit fourth quarter results from the world’s largest auto market. The company is backtracking from an effort to sell vehicles with three-cylinder engines in China, and will offer more four-cylinders.

But even before the virus outbreak, GM expected the Chinese market to be volatile this year. China’s auto market is maturing, Suryadevara said, which means more competitive pressure on prices and slower growth than in the past.

“We are bullish on the Chinese industry and our position in China long term,” she told reporters ahead of presentations to analysts.