Home
Market
GM to invest $2.2 billion at Detroit factory to make electric trucks, SUVs
Prev Article Next Article
This post was originally published on this sitehttps://i-invdn-com.akamaized.net/trkd-images/LYNXMPEG0Q1KH_L.jpg 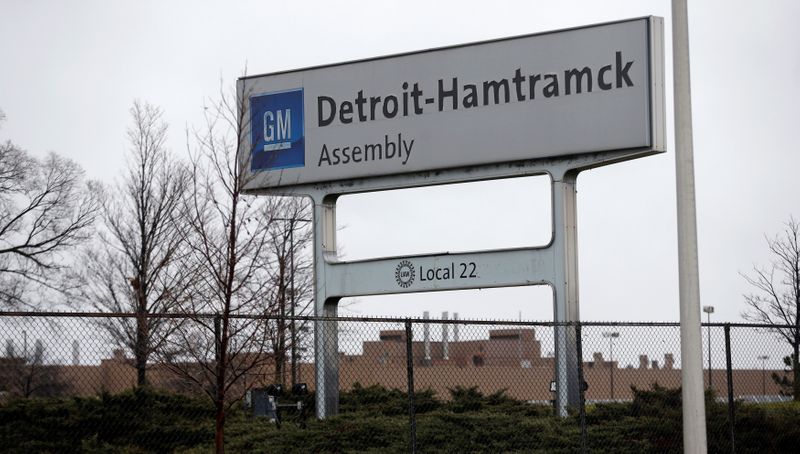 (Reuters) – General Motors Co (NYSE:) will invest $2.2 billion in its Detroit-Hamtramck assembly plant to build electric trucks and sport utility vehicles, a move that would create 2,200 jobs, the No.1 U.S. automaker said on Monday.

The company said its first electric truck will be a pickup, whose production will begin late next year and will be followed by a self-driving vehicle, Cruise Origin.

Reuters had reported last year that GM plans to build a new family of premium electric vehicles at the plant beginning late 2021, possibly reviving its Hummer brand. The company had said it would invest $7.7 billion in its U.S. plants over the next four years.

The Detroit-Hamtramck plant currently operates one production shift and builds the Cadillac CT6 and the Chevrolet Impala sedans.

The plant will be idled for several months at the end of February as GM starts renovations for the production of electric trucks and SUVs.

Ford is also expected to begin building premium electric pickups in late 2021 at a Detroit-area assembly plant. Ford and GM expect annual electric truck production to hit around 40,000 units by 2024, analysts have said.