Home
Market
GM to tout its electric vehicles to investors swooning over Tesla
Prev Article Next Article
This post was originally published on this sitehttps://i-invdn-com.akamaized.net/trkd-images/LYNXMPEG221TI_L.jpg 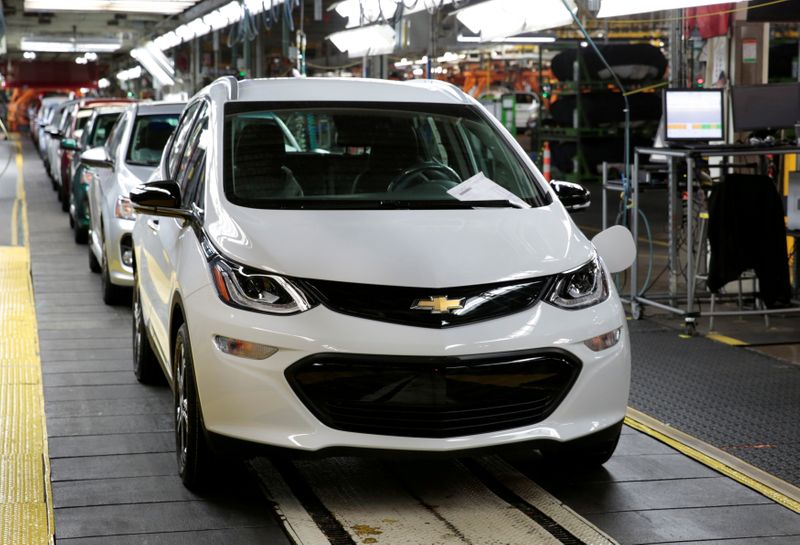 DETROIT (Reuters) – General Motors Co (NYSE:) executives on Wednesday will tackle one of their toughest tasks: Persuading investors that a Detroit automaker can catch up with Elon Musk and Tesla (NASDAQ:) Inc as vehicles go electric.

Even as global markets reel from coronavirus fears, Tesla’s valuation is outpacing that of GM and most other legacy automakers. On Tuesday, Tesla’s market cap hovered around $144 billion, more than three times GM’s $45 billion.

GM is by far the larger manufacturer by volume, and generates more cash and profits. But in the electric vehicle market, Tesla is the leader.

GM Chief Executive Officer Mary Barra and President Mark Reuss have ramped up electric vehicle development over the past three years, focusing on a proprietary battery, a low-cost flexible vehicle design and a blueprint for high-volume production, mainly in China.

The company has revealed its electric vehicle strategy in incremental steps – announcing the Hummer brand will be reborn as an electric pickup and partnering with Korean battery maker LG Chem to build a $2.3 billion battery plant near a shuttered GM car plant in Lordstown, Ohio. GM is now trying to put the broader picture into focus for investors.

GM is also developing an advanced battery, in partnership with LG Chem and Japan’s Honda Motor Co, that will be smaller than current EV batteries, can be charged more quickly and will provide more energy.

Musk has told investors that Tesla has battery cost and range breakthroughs in the works that it will describe at a “Battery Day” in April.

Barra has said GM plans to spend more on electric vehicles than on gasoline-powered cars over the next five years. But it has not put a figure on how much it will invest in its efforts to rival Tesla and traditional competitors such as Volkswagen AG (DE:) or Ford Motor (NYSE:) Co as the electric vehicle market develops.

Barra has, however, promised that GM will make money on electric cars by 2021.