Home
Market
Hedge funds hold their nerve on China, seek opportunities
Prev Article Next Article
This post was originally published on this sitehttps://i-invdn-com.akamaized.net/trkd-images/LYNXMPEG130OI_L.jpg 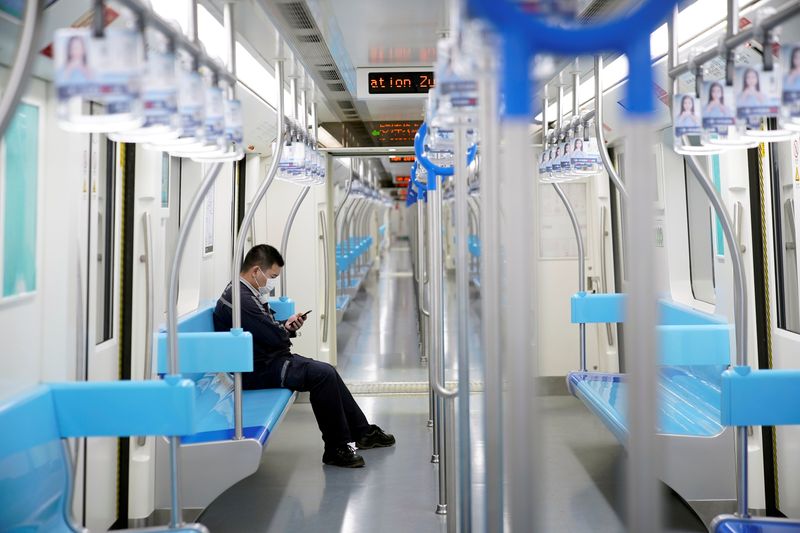 By Samuel Shen and Ira Iosebashvili

SHANGHAI/NEW YORK (Reuters) – Hedge funds are holding their nerve on China’s ability to rebound quickly from the coronavirus outbreak rattling global markets, but many are also adding caveats as they try to predict the potential economic fallout.

“In a crisis, everyone feels the sky is falling. But the sky does not fall in the end,” said Gu Weiyong, chief investment officer at Shanghai-based hedge fund manager Ucom Investment Co.

He said he favored battered stocks of airport operators such as Shanghai Airport (SS:) on the basis that an economic recovery was only a matter of time.

Shares in Shanghai Airport were down 19% so far this year as of Monday’s close, but gained 8% on Tuesday.

Oil prices, often considered a barometer of investor confidence in the global economy, eased off 13-month lows hit on Monday, with benchmark Brent crude () gaining 0.8% to $54.90 a barrel.

“The market seems to have reacted quite reasonably,” said Switzerland-based David Nietlispach, portfolio manager for Pala Asset Management, who added that it was, however, a “wait and see” moment for Chinese stocks, as the government continued to battle the epidemic and assess economic damage.

Stock market volatility – a favored play for many hedge funds – has risen sharply in recent days. On Monday the VIX index () measuring U.S. market volatility, reached its highest in more than three months.

“Am I happy about it? No. Because everything in my body tells me this is not over yet,” he said pointing to the risk that a faster-than-expected increase in the number of coronavirus cases could trigger more selling.

The epidemic has claimed more than 420 lives in mainland China but has spread to several countries such as the United States, Japan, India and Singapore.

“What do you think isolating the world’s second-largest economy is going to do?,” he said. “It can make (trade) tariffs look like a mosquito bite.”

Yuwei, who manages a global macro fund from China’s eastern city of Hangzhou, said the sectors most vulnerable to an epidemic included property, retail, luxury goods, travel and leisure.

He shorted several stocks ahead of China’s new year holiday, including Yum China (N:) and Starbucks (O:), while also betting on some potential gainers, such as Chinese online video platform Bilibili (O:).

“In such a crisis, if you’re cool-headed, there are plenty of opportunities to jump into a trend,” he said.

Yang Xiaofan, Japan-based hedge fund manager, was however more pessimistic, and is shorting , whose price typically tracks global growth, while buying silver as a less crowded safe-haven trade than gold.

“The new virus itself is not that horrible，but the supply chain disruptions and factory closures caused by city lock-ins and holiday extensions would deal a real blow to the economy in the near term,” he said.

“Supply side problems cannot be addressed by rate cuts or liquidity injections.”