Home
Market
Heineken CEO to step down, replaced by Asia chief
Prev Article Next Article
This post was originally published on this sitehttps://i-invdn-com.akamaized.net/trkd-images/LYNXMPEG1A1MI_L.jpg 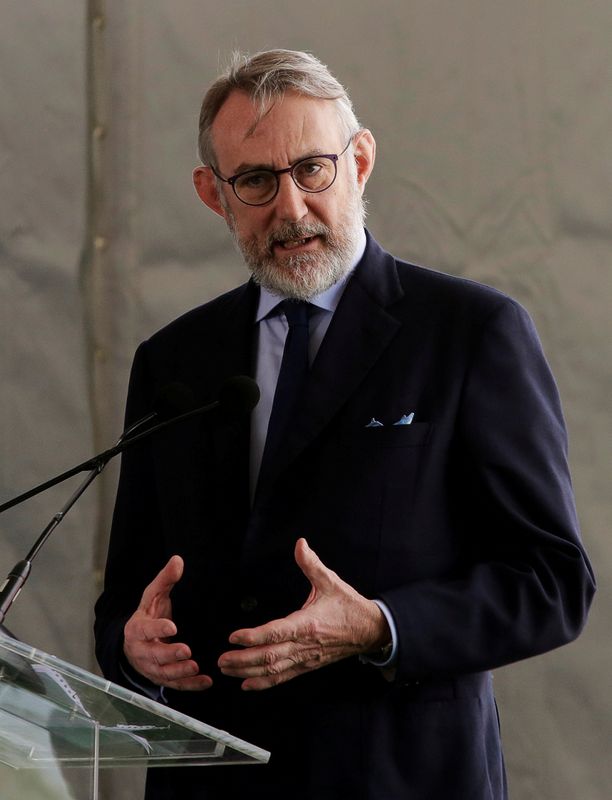 BRUSSELS (Reuters) – Jean-Francois van Boxmeer, chief executive of Dutch brewer Heineken (AS:) for the past 15 years, will step down on June 1 and be replaced by the head of the company’s Asia-Pacific region, the world’s second largest beer maker said on Tuesday.

The brewer of Europe’s top lager Heineken, as well as Sol, Tiger and Strongbow cider, announced the change a day before it publishes its 2019 results.

Belgian Van Boxmeer, 58, joined Heineken in 1984 as a trainee and took a number of management positions, including in Africa, before becoming CEO in 2005. Under Van Boxmeer’s stewardship, Heineken consolidated its position as a global brewer, more than doubling in size.

Heineken carved up Scottish & Newcastle with Carlsberg (CO:) in 2008, became a major brewer in Mexico in 2010, boosted its presence in Asia in 2013 and in 2017 became the second largest brewer in Brazil in acquisitions worth more than 30 billion euros ($33 billion).

“He will leave behind a company excellently positioned to grow further,” said Jean-Marc Huet, chairman of Heineken’s supervisory board.

Van Boxmeer’s retirement as CEO does not come as a major surprise. He had a term of office until 2021, but the company was believed to be seeking a successor.

“I feel now is the right moment to hand over leadership to the next generation,” Van Boxmeer said in a statement.

That successor will be Dolf van den Brink, currently head of Heineken in the Asia Pacific region. The 46-year-old Dutchman has been with the company for 22 years.

Van Boxmeer has been nominated as a non-executive board member of Heineken Holding (AS:), which owns 50.005% of the brewer, Heineken N.V.