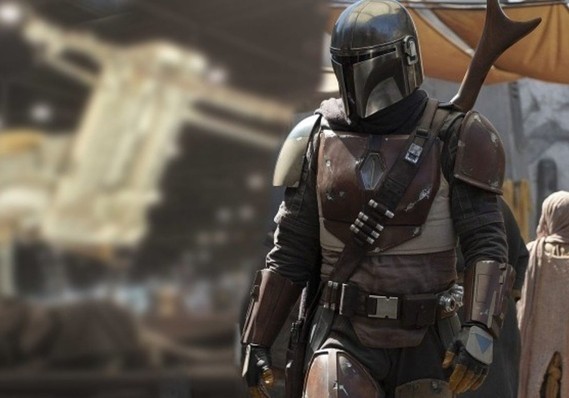 Walt Disney Co. breezed past analysts’ estimates for its new Disney+ streaming service, which was unveiled in November.

Still, there are a few hurdles that remain before Disney DIS, -3.06%  can be considered a global sensation. The Burbank, Calif.-based company may be the world’s most recognized media brand, but it’s not immune to the challenges of the over-the-top (OTT) television environment, especially for subscription video on demand (SVOD).

Chief Executive Officer Robert Iger, in the first earnings report since the company released Disney+, said Tuesday it got 26.5 million subscribers through the end of December. Growth continued in the current quarter, with another 2 million subscribers added, bringing the total to 28.6 million. To put that number in perspective, Hulu recently passed 30 million subscribers despite launching 12 years ago.

The subscriber numbers are especially impressive when considering Disney has rolled out the service only in the U.S., Canada and the Netherlands. In March, Disney+ will launch in India and many parts of Western Europe, including the U.K., France and Germany. Other parts of Western Europe will be added in the summer, Eastern Europe and Latin America will get the service in October, and Disney+ will enter the Asia-Pacific region over the next two years.

Disney’s first major hurdle will be subscriber churn and retention. Those are incredibly difficult metrics to master with OTT audiences who are notorious for being fickle.

According to Parks Associates, the churn rate for OTT subscription video-on-demand apps are nine times higher than traditional linear television.

Perhaps even more alarming is how quickly users abandon SVOD apps. According to Marketing Dive and CleverTap, which analyzed 8.7 billion data points, 67% of OTT service apps churn users within the first two weeks.

Based on information released four weeks post-launch by Apptopia, an app-tracking data company, Disney+ outperformed the industry standard for retention in the first three days. However, it fell below average over time. After a month, less than 5% of users opened Disney+, compared with about 15% of users for the top entertainment apps on Android and iOS. (Note: Although Apptopia provides a glimpse of user behavior across smartphones and tablets, the data above do not track OTT player downloads, such as Roku ROKU, -3.71%, Apple AAPL, +0.68%  TV, Amazon AMZN, -0.16%  Fire or Google Chromecast, which are the primary devices for Disney+.)

The quantity of released content is closely tied to higher retention and lower churn for SVOD apps. Disney produces some of the highest-quality content in the world, yet quantity could become an issue for an executive team that is more experienced with theater releases.

HBO Now is a great example of an app that makes high-quality content with less frequency. The risk for Disney’s “The Mandalorian,” similar to “Game of Thrones,” is that the content could draw temporary subscribers. In one study, “Game of Thrones” viewers were twice as likely to cancel after the series concluded.

On the flip side, Amazon Prime Now is too much quantity and not enough quality. It reported subscriber numbers of 150 million, yet failed to be ranked in the top 20 shows. This includes Prime’s top hit, “The Marvelous Mrs. Maisel.”

Similar to Prime Now, which shows evidence of high subscriber numbers with low engagement, another risk for Disney will be whether the free Verizon VZ, +1.33%  promotions convert to paying subscribers.

Netflix NFLX, +0.00%  is known for its lower-than-average churn rate of an estimated 8%, compared with other top entertainment apps, which have churn estimated at 10%. This is partly due to Netflix investing in a recommendation engine that helps surface relevant content based on viewing patterns.

Netflix uses machine learning and algorithms to suggest new content that a viewer wouldn’t otherwise choose. This has worked on Disney content, as one in eight people who watched a Marvel show were new to comic-book content.

In other words, should churn and retention become an issue, as I suspect it could, Disney will need to hire more engineers and see itself as a tech company rather than old-world media.

What’s one more way that Disney can continue to beat subscriber expectations? More Baby Yoda. The character ranked as a top Google trending search in 2019, beating out the Royal baby. The free advertising from memes and social media from Disney’s adorable characters is something no other SVOD can do.