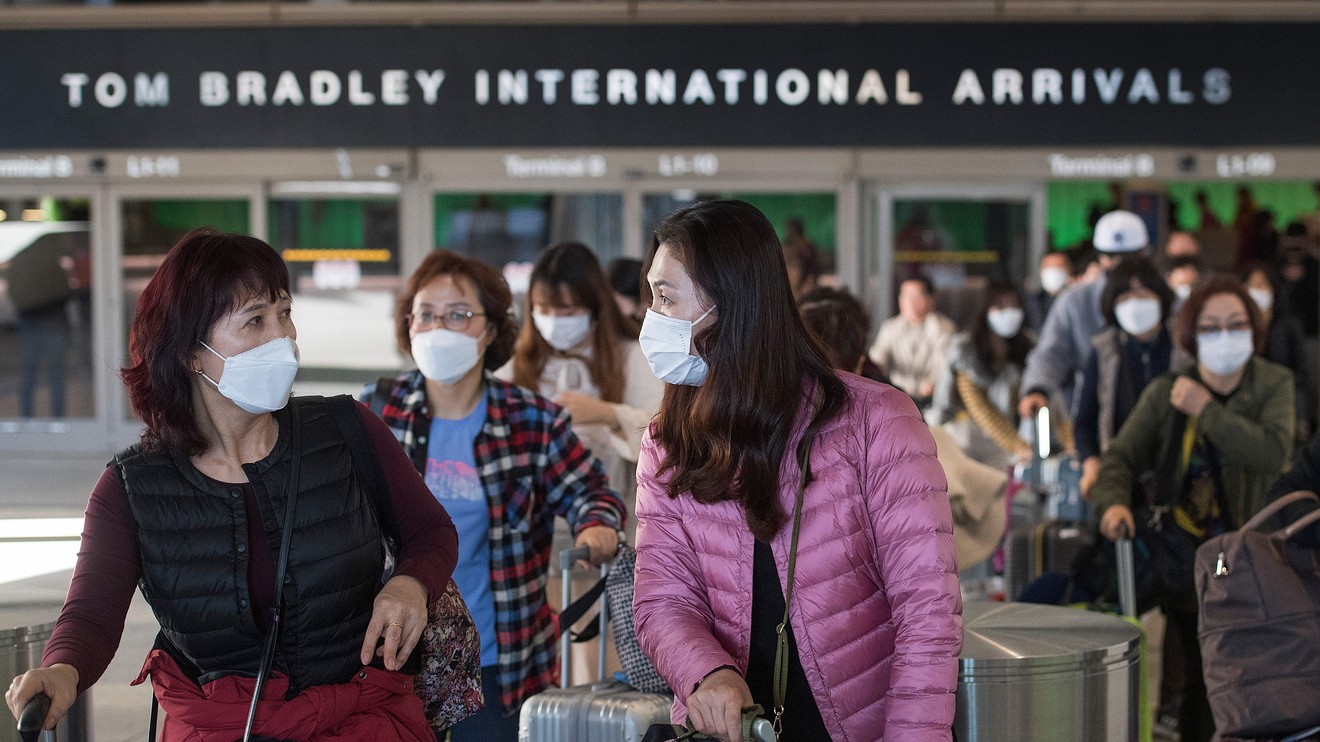 For the first time, someone in the United States has tested positive for the COVID-19 coronavirus without a known source of their infection. And infectious disease experts warn that this could be just the tip of the iceberg, despite the U.S. government’s efforts to halt the spread of the illness.

An individual in California was confirmed to have the coronavirus, which first emerged in Wuhan, China, despite not having traveled to an affected country or knowingly come in contact with someone who did, the Centers for Disease Control and Prevention said Wednesday. The case was identified by doctors at the UC Davis Medical Center, and officials at the hospital said it took four days for the CDC to agree to conduct a test.

There were 60 known cases of coronavirus in the U.S. as of Thursday. Of those, 45 were people who came back to the U.S. from the Diamond Princess cruise ship in Japan or from Wuhan, China, on repatriation flights. The remaining cases include people who had recently been to China or spouses of those who had traveled overseas.

Earlier this week, Dr. Nancy Messonnier, director of the Centers for Disease Control and Prevention’s National Center for Immunization and Respiratory Disease, said public-health officials expected to see “community spread” in the U.S. Community spread means that the source of the infection is unknown.

“It’s not so much a question of if … but rather more a question of exactly when this will happen and how many people in this country will have severe illness,” she told reporters on Tuesday.

The California case could be a sign that community spread is occurring in the U.S., the CDC said. That news may come as a shock to some, especially given that 61% of Americans surveyed in early February thought the government was “doing enough” to respond to the outbreak.

But the government was facing a near impossible task in containing COVID-19’s spread, experts told MarketWatch. Amesh Adalja, senior scholar at the Johns Hopkins Center for Health Security, cautioned that the public shouldn’t view the government’s response as a failure, because that could create distrust of future public health measures.

“There is a real danger in the public believing they had failed,” Adalja said. “This is a respiratory spread virus with efficient community spread and as such it’s not containable. It is not as if the containment failed, it was never going to be successful.”

‘This is a respiratory spread virus with efficient community spread and as such it’s not containable. It is not as if the containment failed, it was never going to be successful.’

The U.S. government had employed numerous strategies to attempt to prevent the disease from spreading in the U.S. Travelers returning to the U.S. for China must undergo health screenings at airports. This includes checking them for fever, cough and shortness of breath, and passengers are asked to complete questionnaires. The government has imposed some restrictions on their movement within the U.S., including enacting a mass quarantine for people who were brought back on repatriation flights from China and Japan.

Additionally, the U.S. has closed its borders to foreign nationals who had visited China in the past 14 days — meaning only citizens and permanent residents can return stateside at this time. When the U.S. implemented this ban, a spokesman for the World Health Organization warned that closing borders could actually accelerate the virus’ spread.

“As we know from other scenarios, be it Ebola or other cases, whenever people want to travel, they will. And if the official paths are not opened, they will find unofficial paths,” WHO spokesman Chris Lindmeier said, according to the BBC.

Why efforts to contain the coronavirus were bound to fail

Many characteristics of the disease have made efforts to contain the outbreak inefficient, experts said. Many people who have contracted the coronavirus have only displayed mild symptoms, while others appear to be asymptomatic, said Josh Michaud, an associate director for global health policy at the Kaiser Family Foundation.

See also: Coronavirus fatality rates vary wildly depending on age, gender and medical history — some patients fare much worse than others

“Those kind of people who have the virus, but aren’t very sick, wouldn’t seek health care and might not be tested,” Michaud said, adding that they could be missed by screening procedures at airports as well. Additionally, the virus is believed to have a 14-day incubation period. During that time, someone who has contracted the disease may not yet show symptoms but is still contagious and could spread the virus.

‘There could be undetected cases in the United States right now because we have a narrow screening protocol.’

Michaud pointed to other deficiencies in screening and testing policies. Part of the airport screening process relies on a self-answered questionnaire. “If they had been in China, they may just lie and say they haven’t been in China, and it’s difficult to check everyone’s travel histories,” he said.

Additionally, the government has yet to expand screening procedures to travelers entering the U.S. from other countries where the virus has spread, including countries like Italy and South Korea where there is evidence that the virus has transmitted within communities.

Additionally, the CDC faced delays in shipping coronavirus testing kits to state and local officials, and tests are still processed at the agency’s headquarters, Michaud said. Testing has also been limited to people who had traveled to affected regions, and has not expanded more widely. For those who have a more severe case, many of the symptoms are quite similar to the common cold and influenza, meaning these people may go undiagnosed.

“There could be undetected cases in the United States right now because we have a narrow screening protocol,” Michaud said. “If we start to expand to people who have symptoms that are consistent with this infection, then that’s potentially a lot of people.”