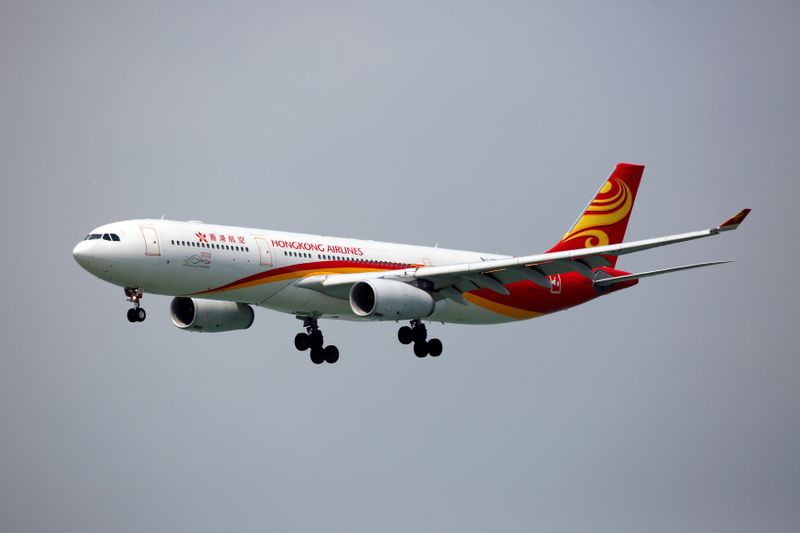 (Reuters) – Hong Kong Airlines said on Friday that it will slash 400 jobs and cut operations given weak travel demand because of the coronavirus outbreak, adding to financial woes for the city’s second-largest carrier.

The South China Morning Post first reported about the airline’s plans to cut about 10% of its workforce.

“As uncertainty looms with the evolving nature of this global issue, weak travel demand will likely continue into the summer season and we need to take further action to stay afloat,” an airline spokesman said in an email to Reuters.

“There has never been a more challenging time in Hong Kong Airlines’ history as of now. These decisions are difficult but had to be made to keep the airline alive,” he added.

Several airlines have suspended flights to China, where the virus is believed to have originated. The flu-like coronavirus can be transmitted from person to person and has infected more than 31,000 and claimed 636 lives so far on the mainland.

It has spread globally, with 320 cases in 27 countries and regions outside mainland China, according to a Reuters tally of official statements.

Hong Kong Airlines, part owned by cash-strapped Chinese conglomerate HNA Group [HNAIRC.UL], said it will reduce its daily operations to 30 from 82 sectors over Feb. 11 to March.

It also said its Hong Kong-based ground staff will be asked to take a minimum of two weeks unpaid leave per month, or switch to working three days a week between Feb. 17 and June 30.

Larger rival Cathay Pacific Airways (HK:) has already asked employees to take three weeks of unpaid leave, saying preserving cash was key and conditions were as grave as during the 2009 financial crisis due to the virus outbreak.

Both Cathay and Hong Kong Airlines have been grappling with a sharp fall in demand since the middle of 2019 due to widespread, sometimes violent, anti-government protests in the Chinese-controlled territory.

Hong Kong Airlines has also been battling other financial woes. In December, it was forced to draw up plans to raise money as it faced the possibility of a license suspension by the city’s air transport regulator.