Home
Market
How Brazil's JBS became collateral damage in war between billionaires
Prev Article Next Article
This post was originally published on this sitehttps://i-invdn-com.akamaized.net/trkd-images/LYNXMPEG191QQ_L.jpg 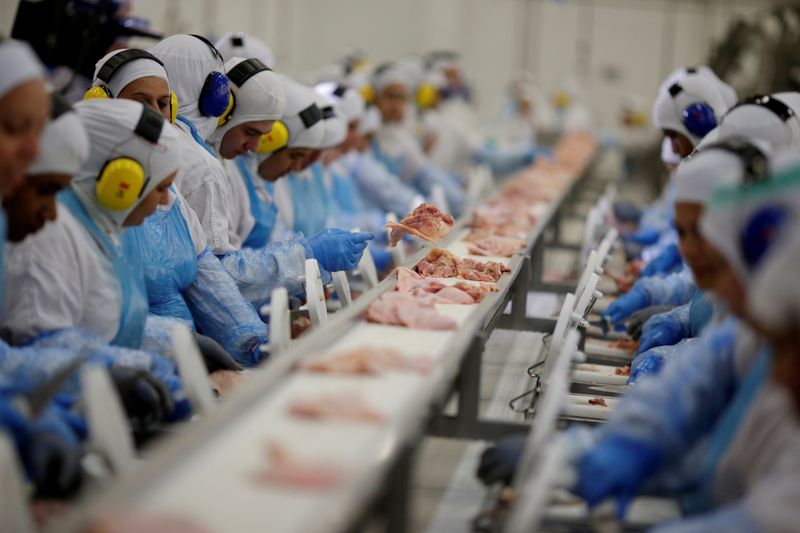 SAO PAULO (Reuters) – A business dispute between the disgraced billionaire Batista brothers in Brazil and the heir to an Indonesian pulp and paper fortune is throwing a wrench in meatpacker JBS SA’s plans to list its international operations in the United States.

The dispute stems from a 15 billion-real ($3.5 billion) deal in 2017 for Jackson Widjaja, a member of the second-richest family in Indonesia, which Forbes estimates is worth $9.6 billion, to take over Brazilian pulp maker Eldorado Brasil Celulose SA.

Widjaja’s pulp business Paper Excellence agreed to buy Eldorado from J&F Investimentos, the Batistas holding company which also controls JBS. The deal in now in arbitration in Brazil after the two groups could not complete the second stage of the acquisition.

On Monday, J&F accused Paper Excellence of unleashing a lobbying campaign in the United States against the interests of JBS and its large operations there, according to a Brazilian court filing.

J&F said in the filing in a separate civil case in Brazil that Paper Excellence hired lobbyists to argue against JBS getting U.S. subsidies meant for farmers suffering from the fallout of the trade war with China, and successfully persuaded some members of Congress to send letters to the Department of Agriculture to withhold payments to JBS.

The lobbyists also urged investigations into JBS, given the Batista brothers’ confession to bribing almost 2,000 politicians in a Brazilian corruption case, and sought to prevent a U.S. listing by the meatpacker, according to the filing.

In a statement to Reuters, Paper Excellence denied the accusations, and said these are bad faith allegations to “attack the company, its shareholders and workers.”

The company said it is focused on completing the Eldorado deal.

Even so, court documents, lobbying records and interviews with people on both sides of the dispute show Widjaja’s Paper Excellence lobbied against JBS in the United States following their dispute over the Eldorado deal.

The lobbying has raised pressure on the Batista brothers, who are still waiting for a final decision of Brazil’s Supreme Court expected in June on whether their plea deal and immunity from prosecution should be annulled or maintained.

Over the past few months, some lawmakers have written letters to the Trump administration asking for an investigation into JBS and subsidy payments to it. Reuters could not determine whether those letters were a result of lobbying by Paper Excellence.

A JBS executive told Reuters the company is proceeding with its plans to list its international operations in the United States, but without raising new money from investors. The initial IPO plans, drafted four years ago, have failed because of a veto from Brazil’s development bank BNDES, and difficult market conditions. BNDES is a shareholder in JBS.

The executive denied that the changes in the listing plans were a result of the lobbying pressure, and said the company expects the transaction in the first half of the year.

JBS declined to comment on the IPO and the U.S. lobbying.

DEAL TURNS SOUTH AT THE RITZ

A turning point in the relationship between Widjaja and the Batistas was an August 2018 meeting. By then, Widjaja had bought 49% of Eldorado and the two sides were meeting at the urging of a Brazilian judge to negotiate terms for the remainder of the business.

At the meeting at the Ritz Carlton hotel in Los Angeles, the Batistas’ representatives said the company’s value had changed since they first signed the deal and the price should be higher, if six more months were required to close the deal, according to an audio recording of the meeting reviewed by Reuters. Widjaja can be heard saying the new valuation numbers were “shocking.”

After the meeting Widjaja told Claudio Cotrim, his top Brazil executive, he would rather “spend millions on lawyers than give them (Batistas) another cent,” Cotrim said.

In a statement to Reuters, J&F said it did not ask for additional money within the original contract.

Paper Excellence designed a strategy with three pillars to counter the Batistas once it was clear that there would be litigation, Cotrim said. The first was the arbitration, which should have a decision by August. The second was appointing executives to the board of Eldorado during the arbitration period. The third involved a public relations campaign, with the hiring of PR firms.

Last year, Paper Excellence hired Jeff Miller, a former Republican Florida Congressman, as a lobbyist, according to lobbying reports to Congress filed in 2019.

Paper Excellence declined to comment on why it hired Miller.

But since last December, Mercury’s co-chairman and former Louisiana senator David Vitter, has been lobbying House congressional aides asking for an investigation of the JBS listing in the United States, alleging potential risk to investors, according to emails reviewed by Reuters and confirmed by Mercury.

In Monday’s court filing, J&F alleged that Mercury was hired indirectly by Paper Excellence but did not offer proof.