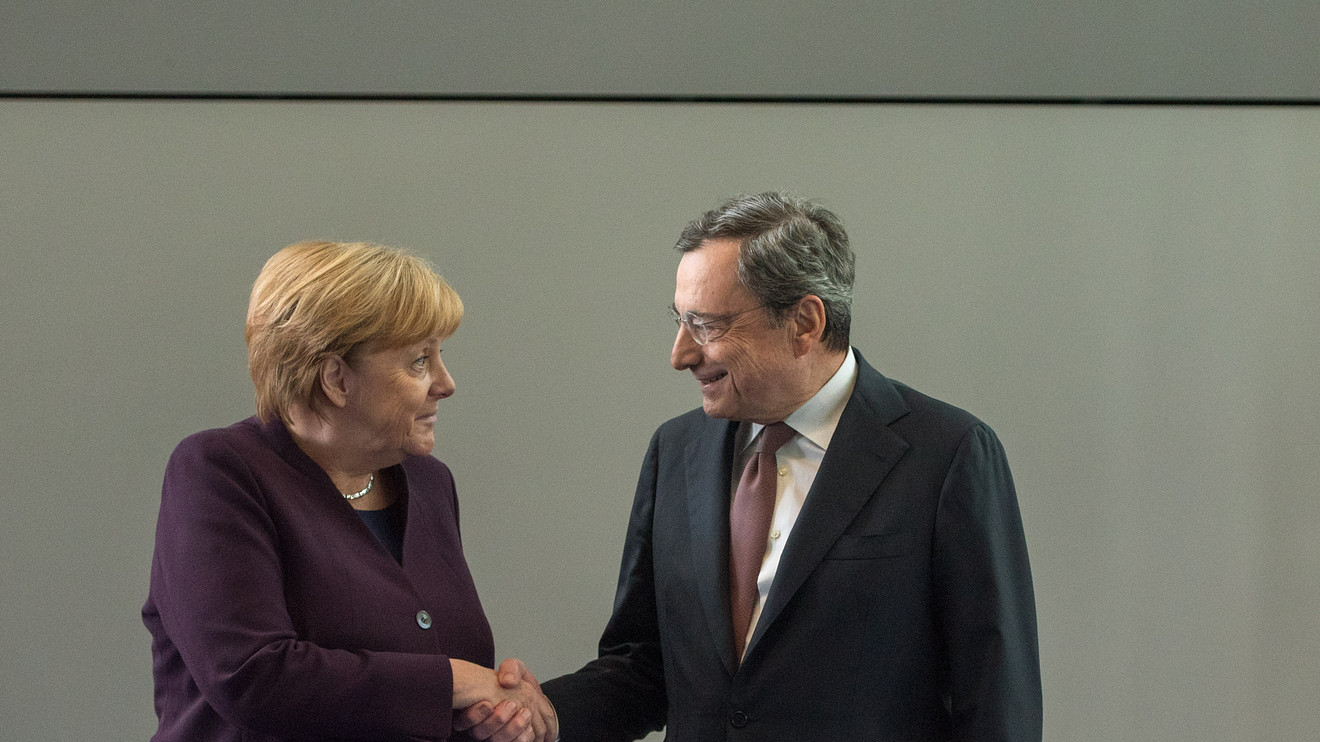 They are the crisis’ three little words. The U.K. government will do “whatever it takes” to support the economy in these times of trials, Prime Minister Boris Johnson repeats daily during the media conferences he holds to inform British opinion on his coronavirus policy.

“We will do whatever it takes. We will make it,” Spanish Prime Minister Pedro Sánchez tweeted (in English) two days ago when he saluted the European Central Bank’s new giant asset-buying program.

And Italian Prime Minister Giuseppe Conte said recently in a speech (in Italian) that his country’s and Europe’s policies to counter the economic impact of the virus outbreak should be inspired by “the logic of whatever it takes” (last three words in English).

There is some logic in Conte’s bilingual statement. The man who made the three little words famous, and part of central bankers’ lore, is the former, Italian-born president of the European Central Bank, Mario Draghi, who uttered them in a famous speech in London in the summer of 2012. With some euro governments’ bond yields soaring and financial markets betting on the near-end of the monetary union, Draghi told an audience of City of London financiers that the ECB would do “whatever it takes to preserve the euro.”

“And believe me, it will be enough,” he added defiantly.

After talking the talk, Draghi soon began to walk the walk and embarked on his eight-year loosening of the central bank’s policies, complete with quantitative easing and, as soon as 2014, negative interest rates.

No wonder that his statement soon became the cultish catchphrase that European policy makers, whether central bankers or finance ministers, paid homage to at every available opportunity.

Leaders who don’t want to use English, or whose language doesn’t have an exact equivalent, use a similar expression. French President Emmanuel Macron promised to support workers and businesses “whatever the cost.” Meanwhile, “We will do whatever is necessary” (to steer the European economy through the crisis), Chancellor Angela Merkel said recently after a videoconference of EU leaders.

As for Christine Lagarde, Draghi’s successor, irked to be constantly reminded of her predecessor’s iconic pronouncement, she has pointedly avoided pronouncing the words. So she uses circumlocutions. The ECB will do “everything necessary,” she wrote in a Financial Times article.

“WIT” — the motto even has its own acronym — has become European leaders’ mantra. It is intended to project resolve, determination and strength. Above all, it is a warning that governments will accept no limit to their actions, that previous rules won’t apply — whether fiscal or even legal — and that they are ready to invent remedies that would have been inconceivable in better times.

But whereas the impact of Draghi’s speech at the time was immediate — because central bankers can act through words alone — and brought calm to the markets and strengthened the euro EURUSD, +0.3367%, it is, of course, very different for governments this time around. Their statements are useless if they aren’t followed by immediate and concrete policy steps. It took Draghi a couple of years to come up with a comprehensive quantitative easing policy. In the fight against the virus, governments don’t have the luxury of time.