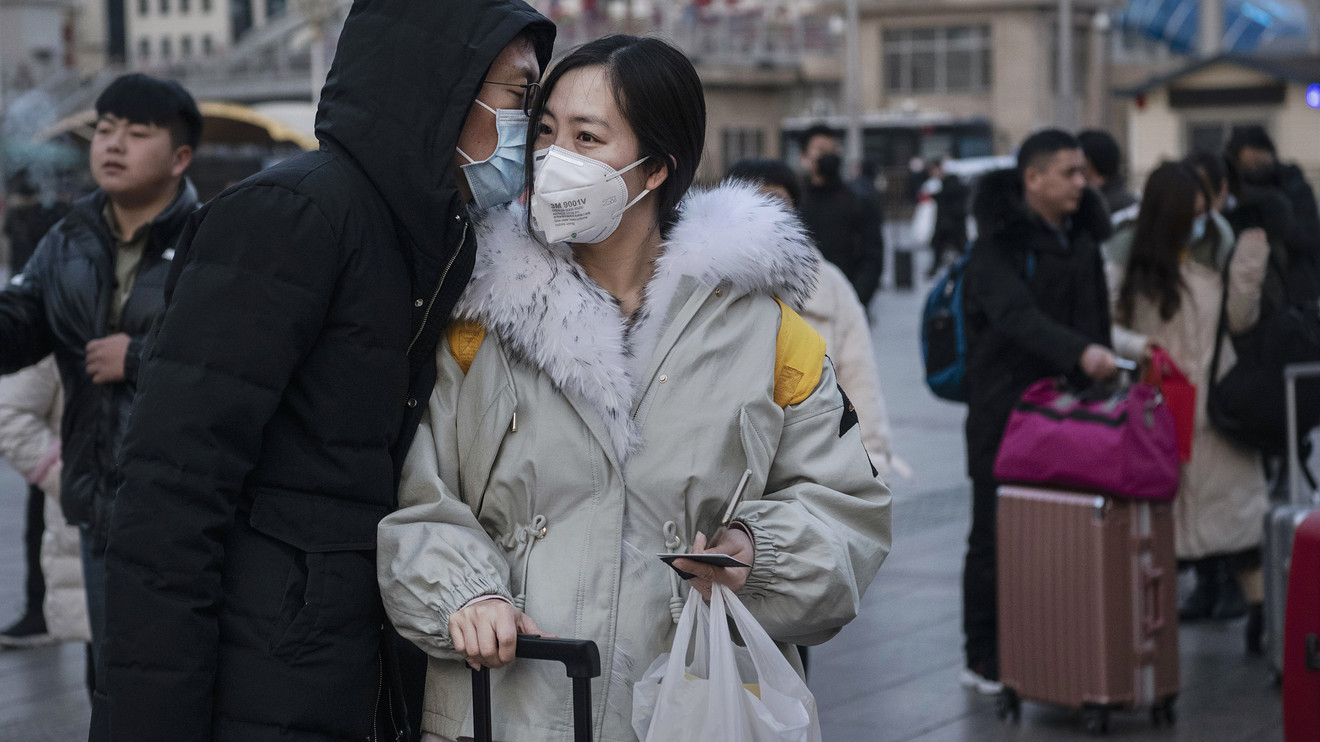 The coronavirus has landed on U.S. soil.

A man who returned to the U.S. last week from China was diagnosed with the new and potentially deadly strain of coronavirus, which is responsible for six deaths in Central China as of Tuesday. The outbreak, which has infected more than 200 people in China, is believed to have originated in the Wuhan area, likely at a food market. The man in question is in his 30s and is in good condition at a hospital in Everett, outside Seattle, according to the Centers for Disease Control and Prevention.

The virus has spread in China, helped by the country’s Lunar New Year holiday.

The virus has spread in China, helped by the country’s Lunar New Year holiday. “This is the wild card,” the Associated Press reported. “People unfamiliar with China have trouble understanding the immense travel phenomenon that occurs during Lunar New Year, when, over a one-month period, some 3 billion people are on the move, many returning to their home towns and regions but others vacationing. Peak travel occurs this week.”

Another reason: People traveling with the virus may not yet have experienced the worst of the symptoms, and could be reluctant to pay up to $400 to change a flight — especially if they believe they merely have a common cold. In fact, previous iterations of the coronavirus are very similar to a common cold. Symptoms include a runny nose, headache, cough, sore throat, fever and a general feeling of being unwell, according to the CDC.

Previous iterations of the coronavirus are very similar to a common cold.

In an attempt to remain competitive and profitable, airlines have increased their turnaround times in recent years. Many budget airlines, for example, have reduced turnaround times to 25 minutes by removing the seat pockets. Other airlines have managed to have long-haul turnaround times of 90 minutes. Not only do planes get new plane load of passengers, they often get a completely different crew. Deep cleans are not always possible during such turnarounds.

Nasty bugs can last for days on objects. The sinister sounding Methicillin-resistant Staphylococcus aureus (more commonly known as MRSA) lasted longest (168 hours) on material from a seat-back pocket while the bacteria Escherichia coli O157:H7 (also known as E.coli, which can cause kidney problems) survived longest (96 hours) on the material from the armrest of planes, according to research presented in 2014 to the American Society for Microbiology.

After flying, most people take public transport. You may avoid stainless steel poles on subways and buses, but do you touch turnstiles and ticket machines? They are arguably touched by even more people, says Charles Gerba, a microbiologist at the University of Arizona. Commuters are 6 times more likely to develop an acute respiratory infection if they traveled recently by bus or tram, a 2011 published in the BMC Journal of Infectious Diseases concluded.

Office workers pick up 30% to 50% of the organisms that are left on surfaces.

What can you do? Aisle seats will be touched most often by other people as they’re trying to find their own, Gerba says. In 2008, members of a tour group experienced diarrhea and vomiting in an airplane flight from Boston to Los Angeles. Other passengers who suffered secondary infections were either sitting next to those infected — or unsuspecting passengers seated in aisle seats, according to a study published in the journal Clinical Infectious Diseases.

We may move away if we see someone sneeze at the water cooler or on a train, but Gerba says hands touching objects are faster and recommends hand sanitizers or disinfectant wipes, particularly at the office where — once again — people may be reluctant to stay home. One 2014 study, presented at an American Society for Microbiology meeting in Washington, D.C., office workers pick up 30% to 50% of the organisms that are left on surfaces.

In the meantime, travelers to China should wear a surgical mask in crowded areas and avoid eating game meat. “Avoid wet markets selling game meat and live poultry,” David Hui, chairman of the department of medicine and therapeutics and director of the Center for Emerging Infectious Diseases at the Chinese University of Hong Kong, told MarketWatch. “More infections are expected in other provinces and cities and other countries during the Chinese New Year holiday.”