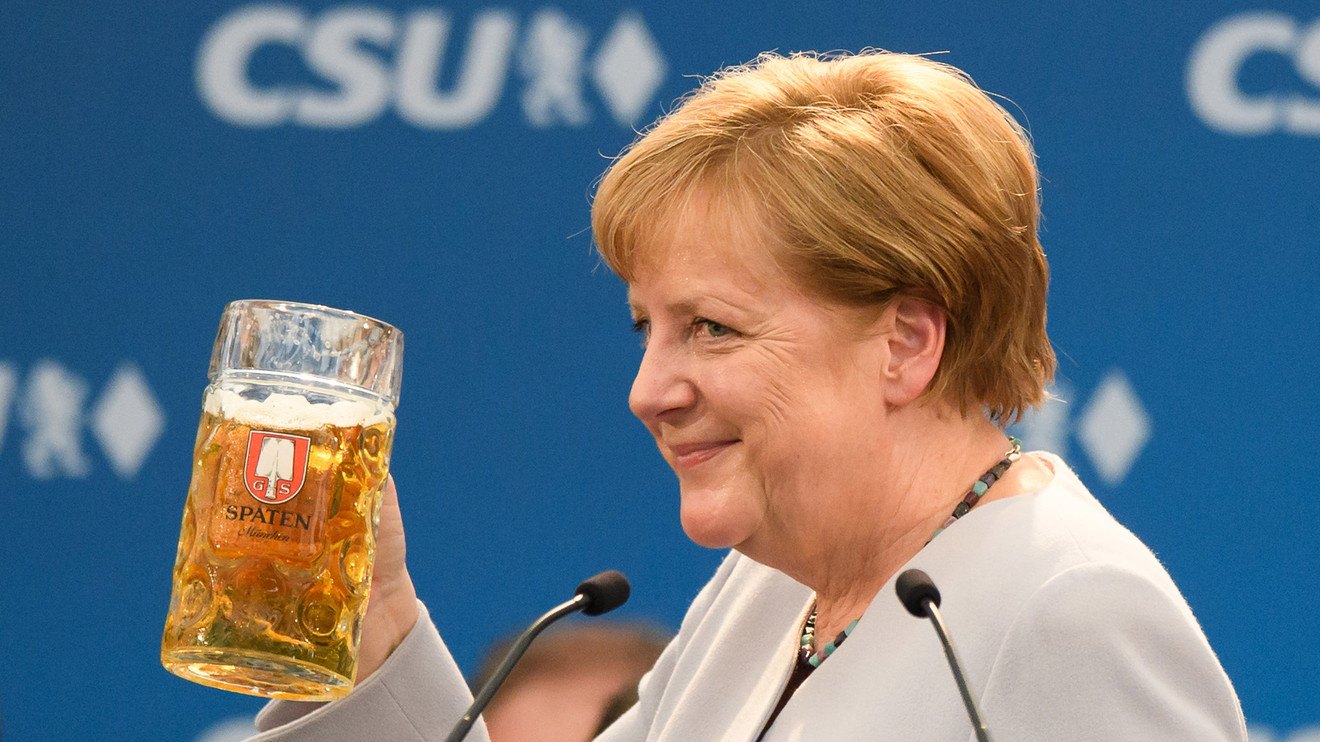 Germany has jumped closer to the real end of the Angela Merkel era. The German chancellor’s heir-designate, Annegret Kramp-Karrenbauer, said on Monday she would resign as leader of the ruling Christian Democratic Union party, and wouldn’t run for chancellor in 2021 (the term of the current parliament will end in the second half of the year).

This opens a new round of political uncertainty. But look closer, and it is clear that the German economy could benefit from this surprise announcement, if it signals the end of the years of indecisiveness at the top.

Germany is undergoing an economic and political crisis calling for new leadership both in style and substance. The latest manufacturing data have confirmed that the country’s problems are not just due to slowing world trade, but that they partly stem from ingrained problems that have caught both businesses and the government by surprise. Industrial production fell 3.5% in December compared with the previous month, and nearly 7% over the past year. The car industry’s struggles to deal with the challenges of climate change and the dearth of investment in recent years are taking their toll at last.

Meanwhile the coalition government of Merkel’s conservatives and the Social Democratic Party of Germany seems paralyzed by its differences, and challenged by the rise of the Green Party and the success of the far-right movement Alternative for Germany in local and regional elections. Merkel has never been known for quick decisiveness. Germany’s current woes are throwing an even cruder light on the problem.

The CDU will have to choose a leader with a clear view of what they want to do and whom they want to govern with. The top two contenders seem to be Friedrich Merz, the former BlackRock executive who was the runner-up in the leadership contest two years ago, and Jens Spahn, the 39-year old health minister.

The Green Party is now the country’s second largest, polling at 22% behind the CDU’s 28%. The SPD, like most European center-left parties, is down to historic lows, polling at 14%. The question of a green-conservative alliance will be one of the most discussed in the coming months.

The future government will have to tackle the issues the current one hasn’t. It will have to at least form a view of the role Germany should play in Europe and the world. On the economic front, it will have to decide what to do about the state of the economy. There is the matter of a short-term fiscal stimulus, advocated by economists both German and foreign. But there is also the question of what type of long-term public investments the country needs to overcome the structural flaws of its economic model.

And once the debates are over and the election is done, what Germany needs most is a leader who makes decisions.