Home
Stocks
Howard Gold's No-Nonsense Investing: The Federal Reserve is stuck in quantitative-easing hell
Prev Article Next Article
This post was originally published on this site

Imagine doing the same thing over and over again, with little progress and no relief. Sounds like most people’s vision of hell — or the Federal Reserve’s current predicament.

Since September, the central bank, through the Federal Reserve Bank of New York, has been purchasing securities hand over fist to alleviate short-term pressures in the overnight money markets. It has used repurchase (“repo”) and reverse repurchase (“reverse repo”) agreements to provide liquidity and keep overnight borrowing rates from spiking.

But these complex money market operations already have caused the Fed to buy a net $400 billion worth of securities, after Chairman Jerome Powell shrank the Fed’s balance sheet by $700 billion. That “normalization,” which also included raising the federal funds rate through late 2018, is now effectively dead and the Fed’s balance sheet is growing again.

Powell and the Fed have repeatedly denied this is a new phase of “quantitative easing (QE),” three rounds of which added $3.6 trillion to the Fed’s balance sheet in the years after the financial crisis. And indeed, in the earlier rounds of QE, the central bank bought Treasuries and mortgage-backed securities of various maturities. The current buying has been focused on Treasuries with maturities of 12 months or less.

But that may not continue, says Danielle DiMartino Booth, CEO and chief strategist at Quill Intelligence, a Dallas-based boutique research firm. Booth, who worked on both Wall Street and in the Federal Reserve Bank of Dallas, has been a critic of Fed policies since the central bank pushed fed funds down to near zero and launched its three rounds of QE after the financial crisis. (She also was one of the few people to connect the dots between the housing bust and Wall Street before the crisis hit.) 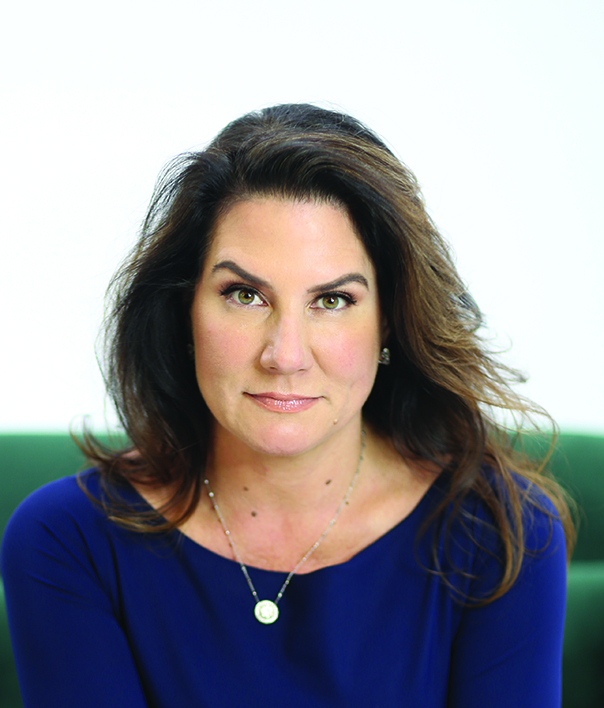 Danielle DiMartino Booth, CEO of Dallas-based research firm Quill Intelligence, says the Federal Reserve is on the cusp of enacting QE4, or may already be there.

Booth thinks we’re on the cusp of QE4, or may already be there.

“We’ve surpassed the $400 billion mark,” she said in a phone interview. “They call it ‘not QE’ because it’s maturities of 12 months or less and therefore presupposed to roll over within 12 months.”

Booth acknowledges there’s a qualitative difference between current operations and the Fed’s QE policy of buying longer-dated securities, particularly mortgage-backed bonds, which also helped boost the housing market. And the current efforts to stabilize the overnight money markets may run through at least April, after tax season.

But she thinks the Fed is laying the groundwork for securities purchases to continue after that.

“The Fed will tell you it’s all technical in nature,” she said. “In their last minutes, they said that if they had to move into [longer] coupons, they would. So the table has been set.”

This all comes, Booth believes, amid a weakening economy.

“We’re probably in our third quarter of contracting industrial production. That’s a huge red flag for the economy,” she said.

Economists forecast gross domestic product (GDP) growth of around 2% this year, but just in case the economy weakens, the Fed might think it’s good to have some “not QE” insurance on hand.

In a recent speech, former Fed Chairman Ben S. Bernanke said that “the effects of asset purchases on yields were long-lasting and economically significant,” resulting in an impact of 120 basis points (1.2 percentage points) in 10-year Treasury yields.

But he also said “the expected effects of the programs were already incorporated into market prices by the time of the formal announcements,” which suggests to me that at least some of QE’s impact was a self-fulfilling prophecy.

That implies that what investors think the Fed is doing is at least as important as what it’s actually doing, and I’m seeing a lot of chatter about QE4 over the last couple of days, a big reason why the Dow Jones Industrial Average DJIA, +0.17%  and S&P 500 SPX, +0.39%  hover near all-time highs.

Booth points out that by several measures, “outside of the year 2000 the stock market has never been as overvalued,” which means stock markets more than ever hinge on the Fed’s every move.

That’s why I think if there are any signs of economic weakness by spring — particularly in manufacturing and the industrial economy — the Fed will find a way to keep the bond buying going, while calling it anything but QE.

“We have certainly started to see some signs of slowing, and I think Jay Powell is trapped,” said Booth. “The Fed is trying to keep a bucket filled with holes full.”