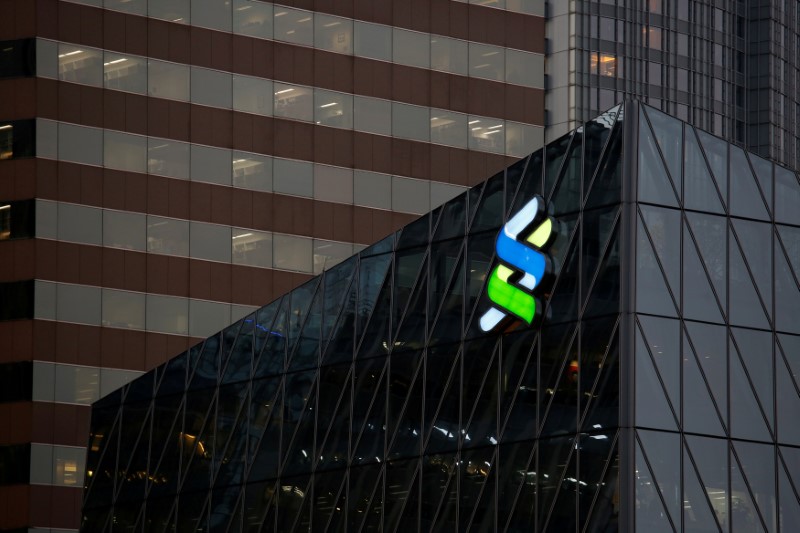 HONG KONG (Reuters) – Hong Kong shares of HSBC and Standard Chartered (OTC:SCBFF) rose on Thursday after the banks backed China’s national security law for the city, allaying worries about their businesses getting hurt by any potential political crossfire in their largest market.

In a break from their usual policy of political neutrality, the British banks on Wednesday expressed their support for the law even as it drew global condemnation, including from Britain, and revived anti-government demonstrations in the Asian financial hub of Hong Kong.

“Investors should welcome these statements,” said Hao Hong, Hong Kong-based head of research at broker BOCOM International. “It has shored up the confidence … Hong Kong is a key market for them and its a key trade hub for rest of the region.”

HSBC and StanChart declined to comment. Hong Kong accounted for 90% of HSBC’s pre-tax profit and 41% for StanChart in 2019.

The Global Times, which is published by the People’s Daily, the official newspaper of China’s ruling Communist Party, said, citing a Chinese expert, that HSBC’s move should have come earlier, but can also be seen as “never too late”.

HSBC was caught up in Hong Kong’s months-long anti-government protests that started in 2019, with its branches vandalised and bronze lion statues outside its headquarters defaced during a protest march at the start of this year.

Some protesters accused HSBC of being complicit in action by the authorities against activists trying to raise money to support protesters, accusations the bank has denied.

Some of HSBC’s corporate peers including Cathay Pacific Airways (HK:0293) have faced retribution from Beijing for perceived support for the anti-government protesters.

HSBC backing comes after former Hong Kong leader Leung Chun-ying on Friday called it out for not making its “stance” clear on the law and said that its China business could be “replaced overnight” by banks from China and other countries.

The United States, Australia and Canada have all criticised China for imposing the law on the former British colony.

Some employees of HSBC and StanChart noted that the business imperative was likely the reason for the support.

“The reason for the statement is white terror, forced action to protect the bank’s business,” Wong, an HSBC staffer in Hong Kong who declined to give his full name, told Reuters.

“When (these) two banks started to take stand, it will be no surprise that other banks will start to follow suit.”

A StanChart employee, Tony, who also declined to give his full name, said: “The commercial sector of Hong Kong is definitely influenced by the Chinese government as we need them for our business.”

But the Hong Kong Finance General Employee Union, formed in September to bring together the local financial professionals amid pro-democracy protests, has criticised the move.

“HSBC and Standard Chartered should clarify if they are betraying Hong Kong people while most of the governments from the western world are against this evil law and supporting Hong Kong people,” union Chairman Ka-Wing Kwok said.