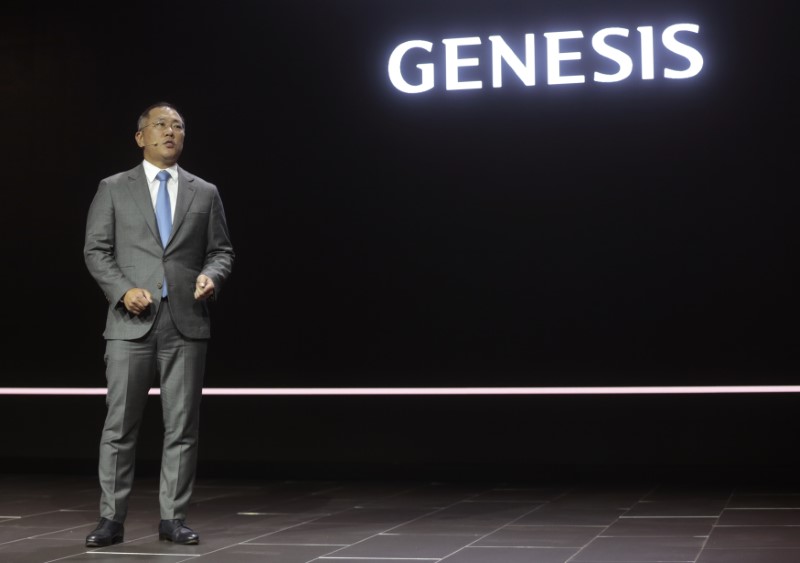 © Reuters. Euisun Chung, Vice Chairman of Hyundai, speaks at the introduction of the 2017 Hyundai Genesis G90 at the North American International Auto Show in Detroit,

(This story was corrected to $15 million, not $15 billion, in headline)