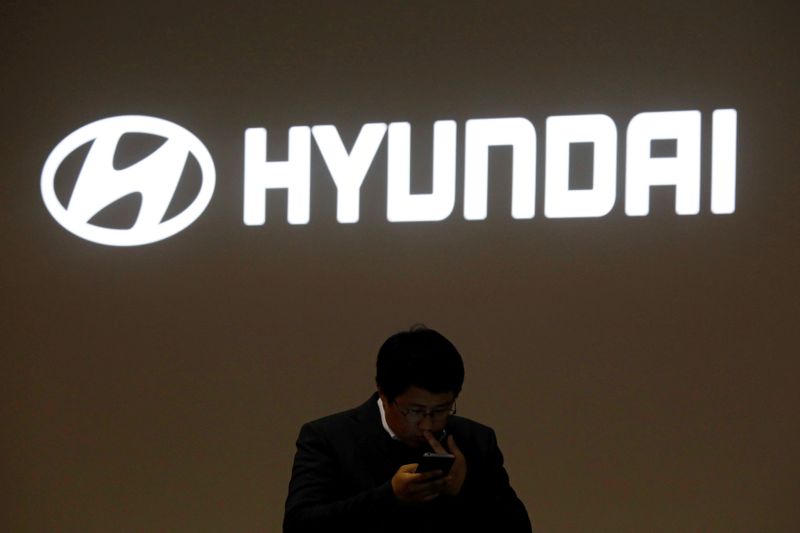 © Reuters. FILE PHOTO: A man walks past the logo of Hyundai Motor during the 2019 Seoul Motor Show in Goyang

By Joyce Lee and Hyunjoo Jin

SEOUL (Reuters) – Hyundai Motor (KS:) plans to gradually suspend production at its South Korean factories from Tuesday, the first global major automaker to do so outside China, due to supply chain disruptions caused by the coronavirus outbreak.

Most of Hyundai’s South Korean factories will be fully idled from Feb. 7 to Feb. 10 or Feb. 11, a union official said, declining to be identified given the sensitivity of the matter.

Schedules for suspension will vary by production line, a spokeswoman for the automaker said.

The idling, which had been discussed by Hyundai management since Monday, was due to a shortage of auto parts called wiring harnesses, auto industry officials told Reuters earlier.

The automaker and its affiliate Kia Motors (KS:) do not keep a large inventory of the parts, a majority of which are manufactured in China, said Lee Hang-koo, senior researcher at Korea Institute for Industrial Economics & Trade.

“Hyundai and Kia may be more affected (than their rivals peers) as they tend to import more parts from China than other global automakers,” Lee said.

He said Hyundai’s reliance on China has grown sharply as it built a huge production capacity in the country several years ago when its business was booming there.

“South Korean parts makers followed and built their own facilities along with Hyundai,” Lee added.

Hyundai Motor has seven factories in South Korea, which caters not only to the domestic market but also U.S., Europe, Middle East and other countries. Hyundai’s domestic production accounts for about 40% of its global output.