Home
Market
Impossible Foods to sell plant-based burgers in Kroger's 1,700 stores
Prev Article Next Article
This post was originally published on this sitehttps://i-invdn-com.akamaized.net/trkd-images/LYNXMPEG44185_L.jpg 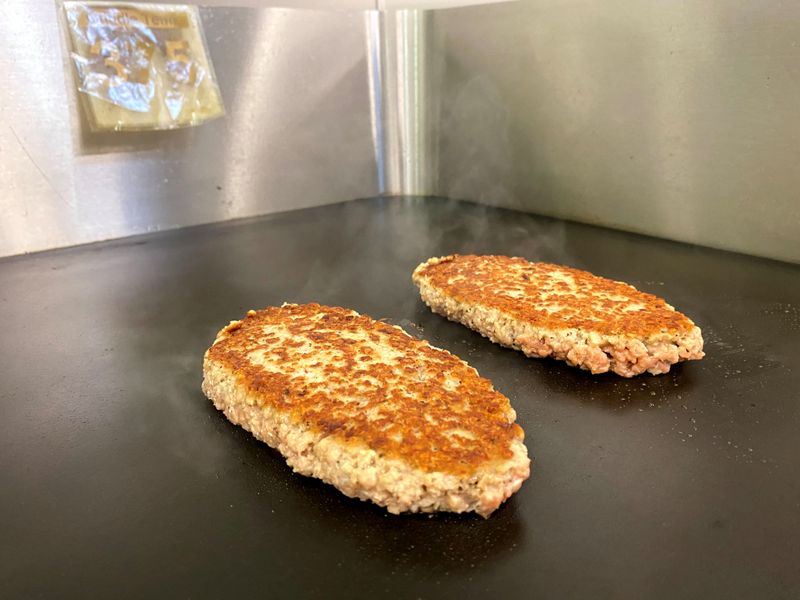 Kroger, which also operates Fred Meyer, King Soopers, Ralphs, Smith’s and other stores, will sell the vegan burgers online as well on Kroger.com for curbside pickup and delivery, starting Tuesday.

Impossible Foods said the Kroger rollout represents an eighteen-fold increase in the California-based company’s retail footprint so far this year.

The Beyond Meat Inc (O:BYND) rival already sells its products in about 2,700 U.S. grocery stores including Albertsons, Safeway, Gelsons in Southern California, Fairway Markets in New York City among others.

Impossible Foods expects to expand its retail footprint fifty-fold this year, it said, as demand for plant-based meat soars both in retail and restaurants among health and environment conscious customers.

Beef and pork producers including Tyson Foods Inc (N:TSN) have signaled disruptions to the U.S. food supply as they are forced to shut many meat plants to curb the rapid spread of the coronavirus.