Home
Stocks
In One Chart: One longtime trader’s stark warning: ‘Tesla is going to be like Tesla’
Prev Article Next Article
This post was originally published on this site

Another day, another mind-bending surge for Tesla.

Happy days, indeed — except for the long-suffering Tesla shorts, who lost some $2.5 billion in Monday’s torrid rally alone.

Like many others, Jani Ziedins, the trader behind the popular Cracked Market blog, is left to scratch his head over the madness.

Last week, he didn’t call a top in the share price, but he did say that “only fools are buying TSLA above $600.” Well, those fools are looking at the giddy prospect of a thousand-dollar stock at the moment.

Ziedins said that, while his critics are probably “strutting around” in light of the latest pop, it doesn’t change anything in the big picture.

“This is an incredibly dangerous place to be buying the stock and I have no doubt it will end in tears for many people,” he wrote.

He posted this chart as a reminder of Tesla’s volatile history: 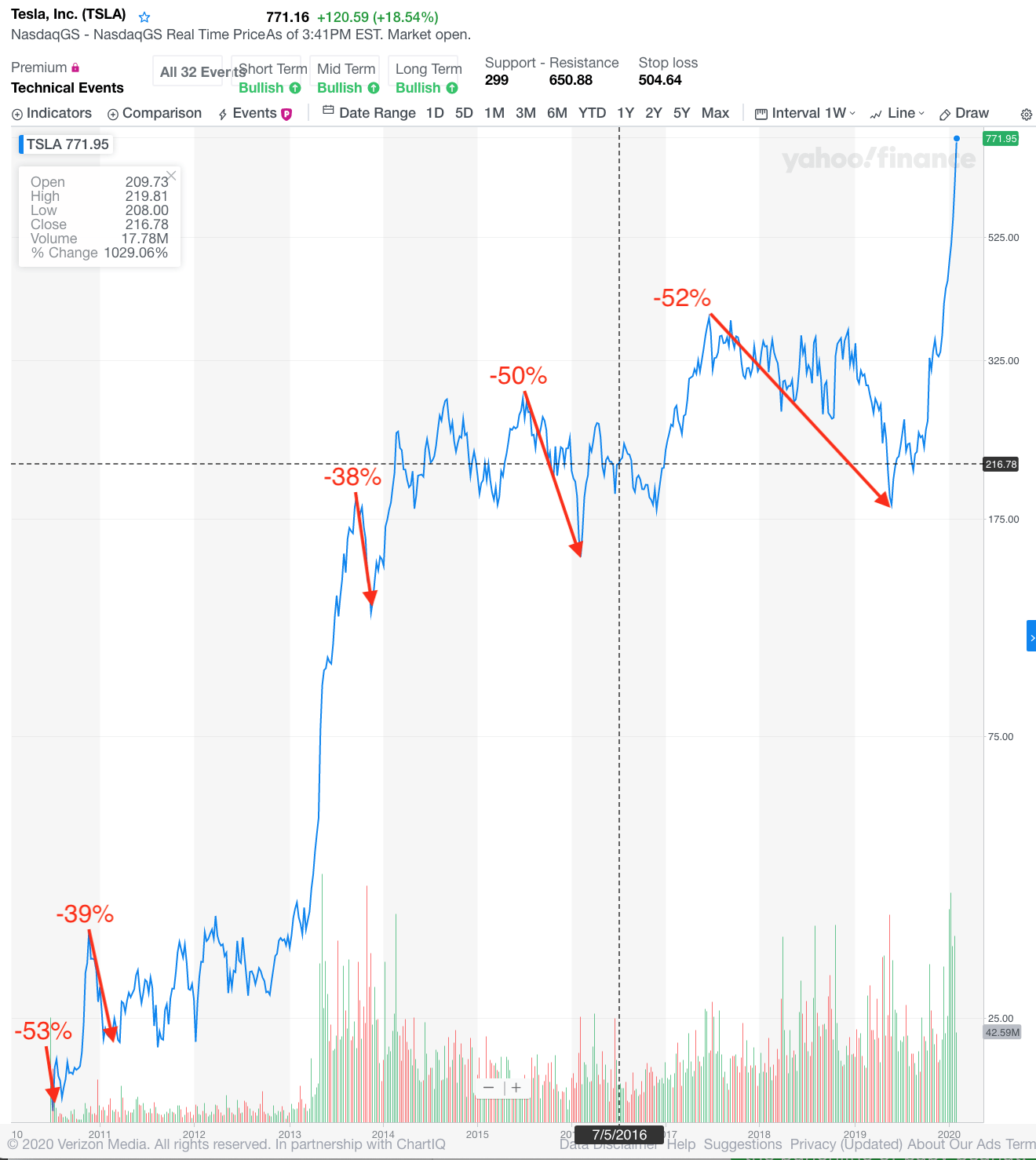 “Everyone knows the market moves in waves, but somehow they always forget that basic fact when the market is at the top and the bottom of a wave,” Ziedins said, citing AOL, BlackBerry BB, +0.56%  and Bitcoin BTCUSD, -0.98%  as other examples of investments that have made explosive moves over the years.

For his critics that contend Tesla is different from other crash-and-burn stories, Ziedins said he’ll compare Tesla to… Tesla. And as you can see from the chart, Tesla has had its share of hefty drawdowns, including three exceeding 50%.

Could another one be in the works?

“Owning a stock that’s tripled over the last few months is great, but don’t mistake serendipity for skill,” he said. “Remember, if we are in this to make money, the only way we do that is by selling our favorite stocks. While the fools are spending all of their time daydreaming about what they will buy when the stock breaks $1,200, smart money is selling their stock to those greedy dreamers.”