Home
Stocks
In One Chart: One of the market’s hottest stocks just bounced into the green to buck selloff
Prev Article Next Article
This post was originally published on this site

Virgin Galactic shares, which have been on a ridiculous tear lately, started Monday’s session just like most stocks did — deep in the red.

But while the indexes failed to shake coronavirus fears throughout the day, Virgin Galactic, as you can see, caught a swarm of dip-buyers, who pushed the stock up more than 4% on heavy volume as the trading day wound down. 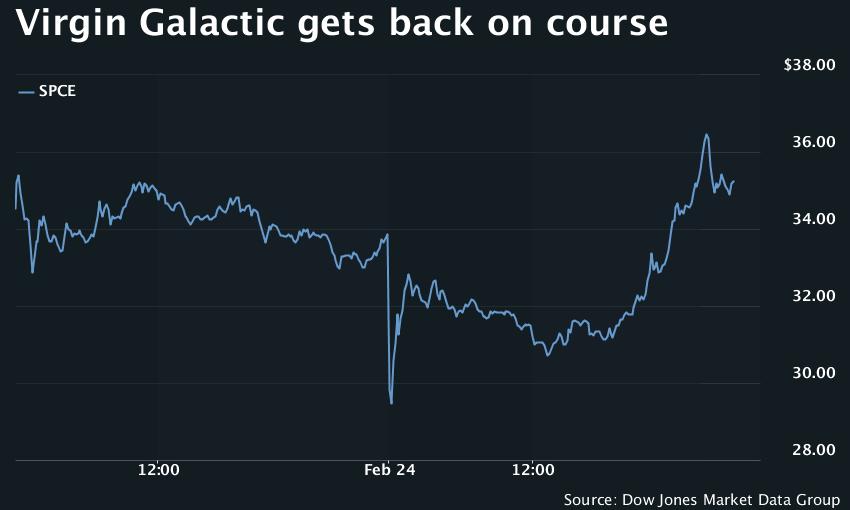 The stock is now up more than 200% since the beginning of the year, cashing in on a Wall Street speculation swirling around space tourism.

“In a world right now where there is slowing growth, there is a search on for anything growth related… and what’s cooler than electric vehicles and space?” Peter Boockvar of Bleakley Advisory Group explained to CNBC.

Morgan Stanley analyst and Virgin Galactic bull Adam Jonas was more tempered, telling investors that recent gains appear “to be driven by forces beyond fundamental factors” and that “even spaceships must return to Earth.”

Expect more volatility this week as the company prepares to unveil its fourth-quarter results after Tuesday’s market close.