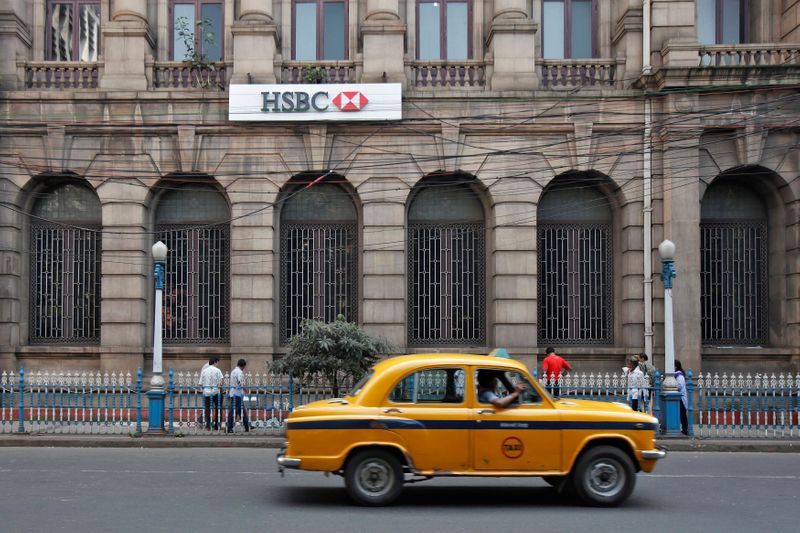 By Nupur Anand and Sumeet Chatterjee

MUMBAI/HONG KONG (Reuters) – Outsized returns in India, besting local lenders for the first time in a decade, are emboldening banks such as Citigroup (N:), Deutsche Bank (DE:) and HSBC (L:) to invest more in a market that has long held promise but tended to under-deliver.

Easing regulations and a surge in online banking are driving the change, with several overseas lenders increasing investment plans for the country to win affluent clients away from domestic rivals, senior bankers told Reuters.

Improved performance in India and its basis in the take-up of digital retail banking services could also offer hope for other large markets with potential far greater than the profit so far delivered, such as China.

“It may pose some challenges as banks plan to expand more into the tier-two towns but overall, foreign banks in India will continue to grow as there are no imminent (industry-specific) challenges,” he said, pointing to technology as a key enabler.

Lured by a massive economy and rising middle-class income, more than three dozen foreign lenders in India have been vying for a bigger share of the market for decades – yet they account for just 6% of the banking assets.

Aiding the latest growth spurt is regulatory easing in support of technological financial services. For instance, the central bank in August allowed banks – under a “regulatory sandbox” framework – to launch products and services such as digital customer background checks and money transfer.

Moreover, services such as digital payment have been growing rapidly led by a government push to bring more cash-loving merchants and consumers into the formal economy.

Taking advantages of such developments, foreign banks’ annualized return on equity (ROE) in India rose to 9.9% in the six months to September-end, from 6.9% a year earlier, central bank data showed. That beat the 6.1% of domestic private lenders for a second consecutive half-yearly period – for the first time since the global financial crisis.

At the same time, local private and state-backed banks are increasingly constrained by souring loans, low levels of capital and governance issues at the biggest players – all in a slowing economy.

“In the next five years foreign banks along with private lenders will have an opportunity to grow as state-owned banks are losing market share due to capital constraints and shift in focus to consolidation,” said Ashvin Parekh, an independent financial services consultant.

The rapid adoption of technology – for processing payments, acquiring customers and selling products – is the real driver of foreign lenders’ success, bankers and analysts said.

“It’s become a little bit more of a level playing field and it’s up to your digital strategies and your digital capabilities,” said Ramakrishnan S., HSBC’s India retail banking and wealth management head. “Frankly speaking, there’s no reason why we shouldn’t grow as much as anybody else.”

HSBC’s pre-tax profit from its India retail and wealth management unit more than doubled to a record $48 million last year. While small compared with the $6.6 billion it made in its home market of Hong Kong, the figure contrasted sharply with HSBC’s $74 million loss in China.

The Asia-focused lender, which intends to double spending on technology and marketing in the coming three years, aims to double profit again over the next three to five years, Ramakrishnan said.

All this even after it cut its number of bricks-and-mortar branches to focus on its digital presence – and in the face of a new regulation giving foreign lenders greater freedom to expand branch networks if they convert them into local subsidiaries.

Previously, the central bank limited the number of branches foreign lenders could open, which Western bankers said was a major source of frustration.

U.S. rival Citi launched a wealth management app in January 2019 which allows clients to open investment accounts instantly and without having to visit a branch. Last year, it saw double-digit growth in affluent clients, its target market.

“Sometimes having limited brick-and-mortar presence can actually become an advantage because you start thinking about other ways for customer acquisition, engagement and service and you are not distracted by branch profitability,” said Shinjini Kumar, Citi’s India head of consumer businesses.

Even Deutsche Bank, which laid off 18,000 staff globally in July as part of broader restructuring, is enjoying a boom in India, home to its only retail business outside Europe.

Two years ago the bank considered selling the unit but now sees it as a “nice oasis”, said Kaushik Shaparia, head of the German lender’s India operations.

Deutsche injected nearly 500 million euros ($552.45 million) into those operations in early 2019, its single largest investment in the country. The bank aims to double India revenue from 560 million euros in 2018, Shaparia said, declining to give a time frame.

“Even when the bank is really looking to grow in a very, very efficient manner, we get investment also in terms of headcount and systems. We punch way above our weight compared to what the firm broadly does.”