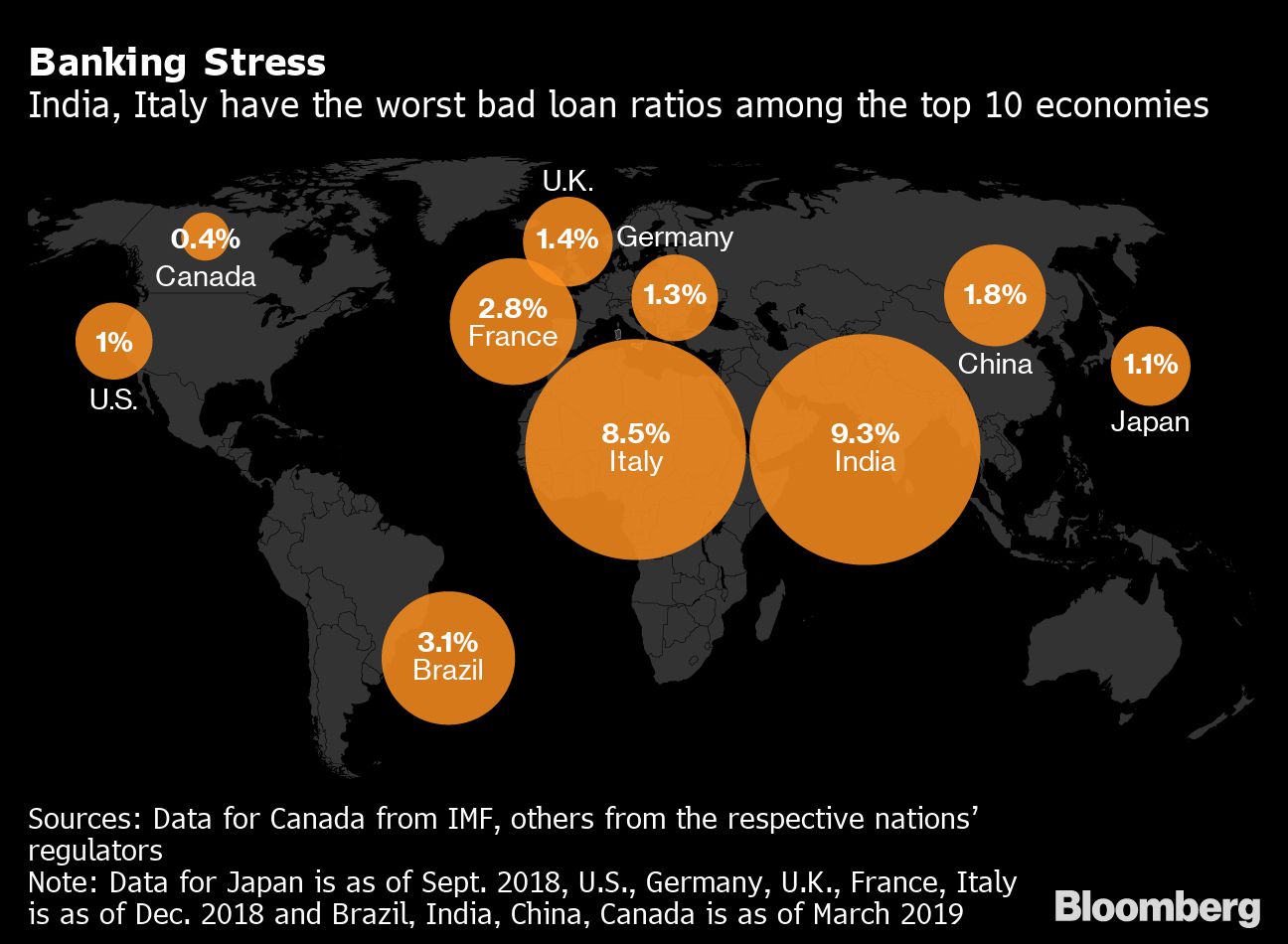 (Bloomberg) — India’s attempt to buttress its financial system by taking control of the country’s fourth-largest private lender has instead triggered widespread confusion and signs of investor panic, adding a fresh layer of risk to an economy that’s already headed for its weakest expansion in more than a decade.

The seizure of Yes Bank Ltd. by India’s central bank late Thursday was the country’s biggest such intervention in at least 13 years. Speculation of a government rescue had been swirling for months, but the announcement unnerved markets by leaving several key questions unanswered, including the fate of depositors, creditors and shareholders.

Also unclear was how Yes Bank clients and counterparties would cope with government-imposed caps on individual withdrawals and a 30-day moratorium on new loans and payments. A Walmart (NYSE:) Inc.-backed Indian payments service that relies on Yes Bank to process transactions for more than 175 million users went down late Thursday, underscoring the far-reaching consequences of halting major portions of the bank’s operations.

Investors responded by dumping Yes Bank’s bonds and shares as well as those of other smaller lenders. State Bank of India, which has been tapped to inject new capital into Yes Bank, suffered its biggest intraday tumble since 2012. India’s benchmark Sensex index plunged as much as 3.8%, one of the biggest declines in Asia, and the rupee weakened toward a record low. Lines to withdraw money at one of Yes Bank’s branches in Mumbai were larger than usual around midday on Friday, with security officers telling customers they would have to wait one and a half hours to get cash after ATMs ran out of bills.

“The market was expecting a solution,” said Nilesh Shah, chief executive officer and managing director of Kotak Mahindra Asset Management Co. “People are bound to react the way they have this morning, but the panic can easily be controlled if the government announces the contours of the revival plan.”

The flight from Indian assets persisted even after Reserve Bank of India Governor Shaktikanta Das said the nation’s banking system was “sound” and a proposed resolution plan for Yes Bank would be released quickly.

The RBI, smarting from the failure of a small lender last year, took the decision to seize Yes Bank after noticing a surge in withdrawals by depositors, people with knowledge of the matter said. Policy makers were concerned that the outflows would accelerate once the bank releases its earnings on March 14, which could show a jump in bad loans, the people said, asking not to be identified as the matter was private. The decision came as a surprise to most Yes Bank executives.

The hashtag #YesBankCrisis was trending worldwide on Twitter. Many users shared their worries about possibly losing their deposits, even after Finance Minister Nirmala Sitharaman told reporters on Friday that the money was safe. The RBI has placed a 50,000 rupee ($679) limit on individual withdrawals from Yes Bank accounts.

“I have about 150,000 rupees in savings here,” said Amit Shinde, a 28-year-old construction contractor, as he waited in line to take out cash. “I will be withdrawing it as soon as its possible. I don’t have confidence in the institution any more.”

Regulators’ failure to provide a detailed road map for Yes Bank’s rescue was criticized by some analysts and investors, who said the uncertainty could disrupt the smooth functioning of India’s financial system and crimp funding to non-state banks. Private lenders accounted for about 60% of the nation’s new loan growth over the past 12 months, according to Credit Suisse (SIX:) Group AG.

More financial turbulence is the last thing India’s economy needs. While it expanded at the fastest pace among large countries worldwide about a year ago, it has since been battered by a shadow-banking crisis, waning consumer demand and the global coronavirus outbreak. Growth is projected by the government to slow to 5% in the fiscal year ended March, an 11-year low.

Yes Bank’s troubles are rooted in the rapid expansion under its former Chief Executive Officer and co-founder Rana Kapoor. In his last year in charge (the fiscal year to March 2018), Yes Bank had the fastest loan growth of any bank in India. But it was also piling on risk. The RBI forced Kapoor out last year after challenging Yes Bank’s accounting, saying the lender was downplaying the scale of its spiraling bad loans.

The shadow banking crisis that erupted in September 2018 added to Yes Bank’s woes. A Credit Suisse report last year said the company had the biggest proportion of outstanding loans to large stressed borrowers, including to Anil Ambani group companies and Dewan Housing Finance Corp., which was seized by the RBI in November.

Read more: The Puzzling Canadian Behind a Bid to Save India’s Yes Bank

State Bank of India, the nation’s largest lender, has been selected to lead a consortium that will inject new capital into Yes Bank, people familiar with the matter said on Thursday. The government-owned lender was slowly cajoled by policy makers into agreeing to take a stake as Yes Bank’s situation became more dire, one person said.

The rescue is unlikely to result in forced haircuts for depositors and senior creditors, according to Ashish Gupta, an analyst at Credit Suisse.

Still, a prolonged period of uncertainty while policy makers finalize the plan could have ripple effects on the economy, Gupta noted. It has already weighed on investor perceptions of other private lenders, sending a gauge of their share prices down more than 4% on Friday, the most in about five years. Yes Bank’s stock tumbled as much as 85%.

“The delay in bailout creates an unnerving precedent and uncertainty for deposit holders and debt providers,” Gupta wrote in a report to clients. “This would also likely further aggravate the credit crunch in the economy as private banks have been the primary loan growth driver.”

(Updates with details and quotes from first paragraph)