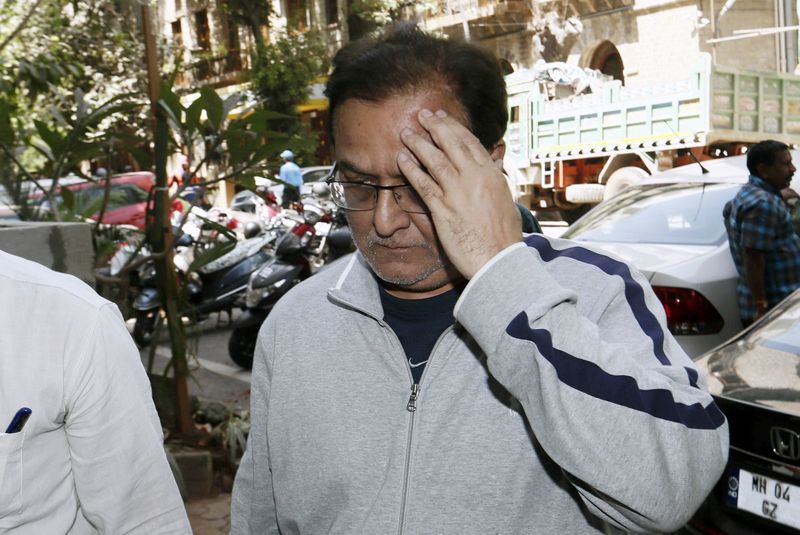 MUMBAI (Reuters) – An Indian court on Sunday remanded the founder and former managing director of crisis-hit Yes Bank Ltd (NS:) in police custody until March 11 after he was arrested on money-laundering charges.

India’s Enforcement Directorate, the country’s federal financial crime agency, arrested Rana Kapoor early on Sunday after hours of interrogation and searches at his and his daughters’ residences in Delhi and Mumbai.

Kapoor was produced in a Mumbai court in western Maharashtra state and a case of money laundering has been registered against him.

Sunil Gonsalves, representing the Enforcement Directorate, said at the hour-long hearing the total proceeds of the alleged crime amounted to 43 billion Indian rupees ($581.07 million), and that Kapoor had refused to cooperate with the investigation.

“I want to cooperate with them,” he told the court through tears. “I’m willing to cooperate day and night despite the fact that I haven’t slept a wink.”

Zain Shroff, Kapoor’s lawyer, told the court his client had been made “a scapegoat” due to public outrage against Yes Bank after India’s central bank placed the bank under a moratorium and imposed limits on withdrawals.

A spokesman for Yes Bank did not immediately respond to a request for comment.

Weighed down by an increasing pile of bad debt, Yes Bank tried unsuccessfully for months to raise the capital it needs to stay above regulatory requirements.

On Thursday, the Reserve Bank of India (RBI) took control of Yes Bank and said it would work on a revival plan. State Bank of India (NS:) said on Saturday it would invest funds to buy a 49% stake in Yes Bank as part of the initial phase of a rescue deal for the troubled lender.

The bank is the third significant Indian financial institution to unravel in the last six months, following the RBI’s moves to take control of Dewan Housing and Punjab & Maharashtra Co-operative Bank.

In the court the Enforcement Directorate lawyer alleged that Yes Bank had bought 37 billion rupees worth debentures of Dewan Housing, which had granted a 6 billion rupee loan to a company called Doit, owned by Kapoor’s three daughters.

The lawyer said the federal agency believes the loan to Doit was a kickback for Yes Bank subscribing to the debentures of Dewan Housing. Kapoor and his lawyers said the debentures were AAA rated and Doit is servicing the debt on time.

The Enforcement Directorate lawyer also said that the loan to Doit was extended against a collateral of 7 billion rupees, while the actual value of the assets is just 400 million rupees.