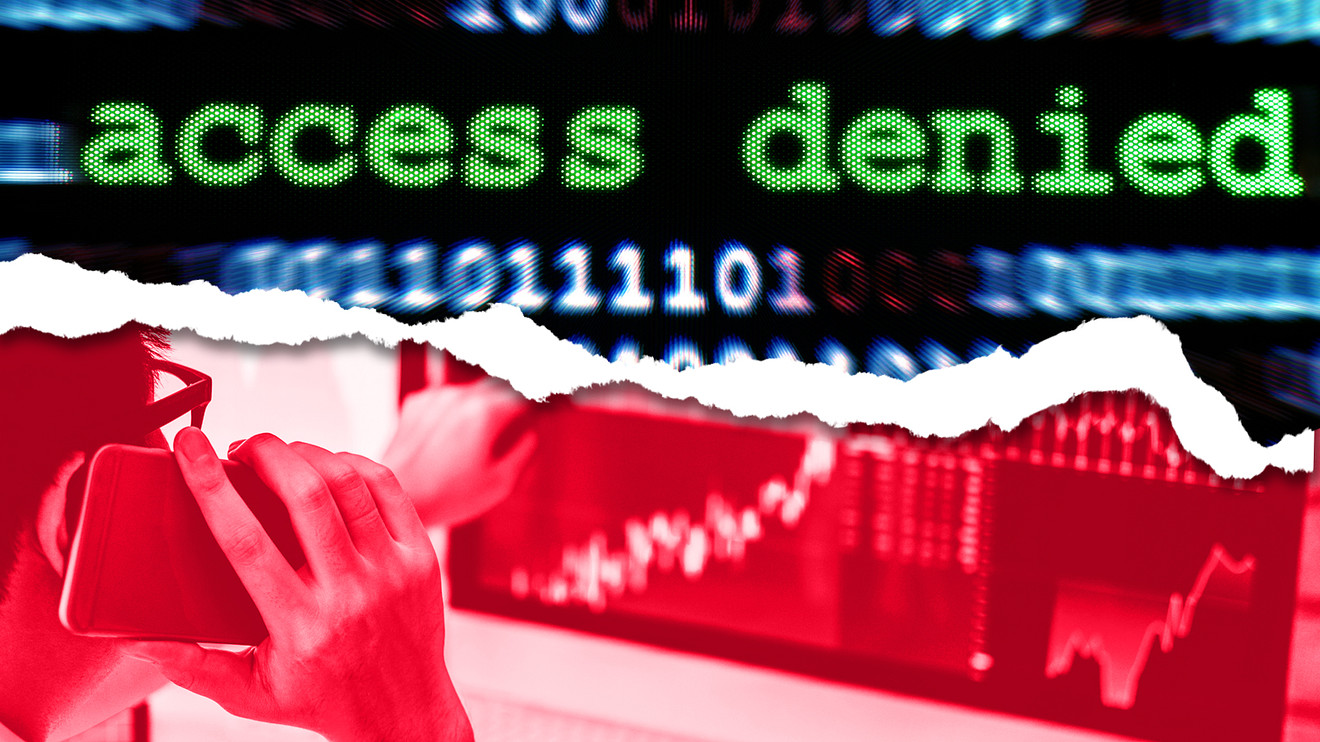 For the third time in just over a week, some customers had troubles with access to their investment accounts — and some of these locked-out investors shared their fury on Twitter.

Fidelity Investments, TD Ameritrade AMTD, -2.56% and Vanguard were responding to customers on the social media site Friday morning. Complaints included lack of access to their online accounts, as well as problems trading investments. Others said they could not see their account balances.

The technical difficulties come only days after financial firms including Fidelity, TD Ameritrade and Charles Schwab, experienced similar issues, and a little more than a week after Fidelity customers were stressing about seeing their 401(k) plans had no money in them (it was a glitch, the company says).

The lack of access and trouble trading also comes during a stressful week for investors. The Dow Jones Industrial Average DJIA, -1.90%  was off 3.7% on Friday, and the S&P 500 SPX, -1.30%  was down 3.4%. The Nasdaq Composite Index COMP, -0.51%  fell 2.8%. All three benchmark stock indexes are near correction territory, which is when an investment declines between 10% and 20% from a recent peak.

See: Coronavirus fears are clobbering the stock market — is it doing the same to your retirement?

Vanguard is experiencing “higher-than-normal phone and web traffic given the steep declines in the global stock markets,” a spokeswoman said. The company had a two-minute web outage earlier in the morning, and clients reported slow response times to log in. “We are working to correct the reported connectivity issues, and thank clients for their patience at this time,” she said.

TD Ameritrade said client trades were and are being processed as usual but the company did experience slowness in reporting trade confirmations because of “heavy trade volumes,” a spokeswoman said. “The issue has been resolved.” A Fidelity spokesman said the company had a minor issue lasting a few minutes and impacting a small number of companies, but it had been resolved.

Hey @Vanguard_Group why is the web site going down?? Kind of hard to make a trade????

This is all I get after force stop and restart phone….never have opportunity to “log in” pic.twitter.com/fvlswBDbwS

The coronavirus is partly to blame for the deep dips in the stock market, with investors worrying about what the impact of the spreading of the disease will have on global supply chains and economics.

Fidelity was responding to customers saying the site had experienced technical issues early in the morning, but the platforms were running smoothly now. TD Ameritrade said mobile app updates may have been to blame and to restart or update the service.