Home
Market
Investor Ackman tweets to Trump: Close down the country
Prev Article Next Article
This post was originally published on this sitehttps://i-invdn-com.akamaized.net/trkd-images/LYNXMPEG2H1FU_L.jpg 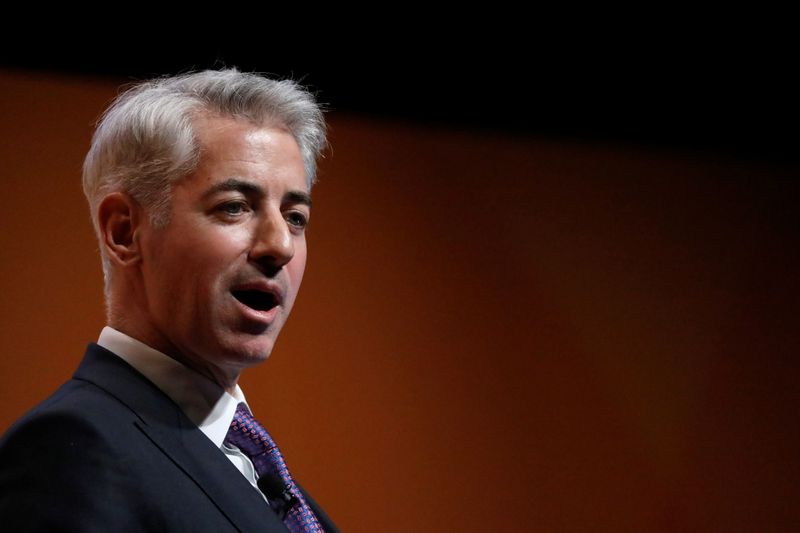 BOSTON (Reuters) – Billionaire investor William Ackman, who has long worried about risks posed by the coronavirus, called on the Trump administration on Wednesday to seal off the country for 30 days and said stocks would “soar” if such restrictions were imposed.

“The only answer is to shut down the country for the next 30 days and close the borders,” Ackman said in a post on Twitter, adding: “Tell all Americans that you are putting us on an extended Spring Break at home with family.”

Ackman, who has some 58,000 Twitter followers but rarely tweets, took to President Donald Trump’s preferred communication platform to publicize his plan for proposed action.

After markets closed with fresh losses and the wiped out the last of its gains put on since Trump was inaugurated, Ackman told Reuters shutting down U.S. borders for 30 days was the only way to limit the virus’ spread and save industries on the verge of collapse.

“If President Trump were to go on television, with no one standing next to him, and say that he is shutting everything down and tell people to work from home and stay at home for 30 days, this thing could be killed and markets would soar. It might take some time for markets to recover but I’m confident they would recover fully,” he said.

Ackman, who normally considers himself an optimist, began worrying about the effects of the virus weeks ago and said he began preparing personally and professionally for a pandemic that he estimated could kill between 1% and 2% of the world’s population.

“People need to be scared and take this seriously,” he said, urging the government to essentially force most Americans to stay home for a month.

Without people wandering around outside, the virus’ re-infection rate would be killed, he said, adding “and then you kill the virus … 30 days would give us a cushion.”

Ackman protected his portfolio with a hedge that helped turn late February losses into gains in early March. Through March 17, however, the Pershing Square Holdings fund lost ground and is now down 6.5% for the year, data from the hedge fund show.

Ackman broadcast his policy prescription in an emotional interview with CNBC on Wednesday and then again on Twitter.

I am sure “the president will do the right thing in temporarily shutting down the country and closing the borders. If that happens, we can win the war against the virus,” Ackman tweeted.

The White House responded by saying that Trump has ensured that all Americans would be taken care of, including affected industries and small businesses, CNBC reported.

Ackman is especially concerned about the hotel, airline, restaurant and auto industries, saying they may not have a long lifeline.

“Hotels rent rooms for a night and if no one comes, they are done,” he said. He called Hilton a “canary in the coal mine,” and warned that without fast action the hotel industry could tumble to zero.

In addition to buying Blackstone stock, Ackman said he had been loading up on the companies already in his portfolio like Lowe’s and Restaurant Brands, as well as Hilton.

Ackman, who runs $6.5 billion investment firm Pershing Square Capital Management from New York, moved his family, including his father who has battled lung cancer, out of the city several weeks ago.

He said he spends a lot of time thinking about so-called black swan events and began worrying about the coronavirus’ potentially catastrophic effects on public health and the economy many weeks ago.

Last year, Ackman’s publicly traded hedge fund surged 58%, making it one of the industry’s best performers. Earlier this year, he sold off a position in Starbucks (NASDAQ:) before the coffee chain’s stock tumbled some 34% amid warnings for people to avoid restaurants, bars, and coffee shops.