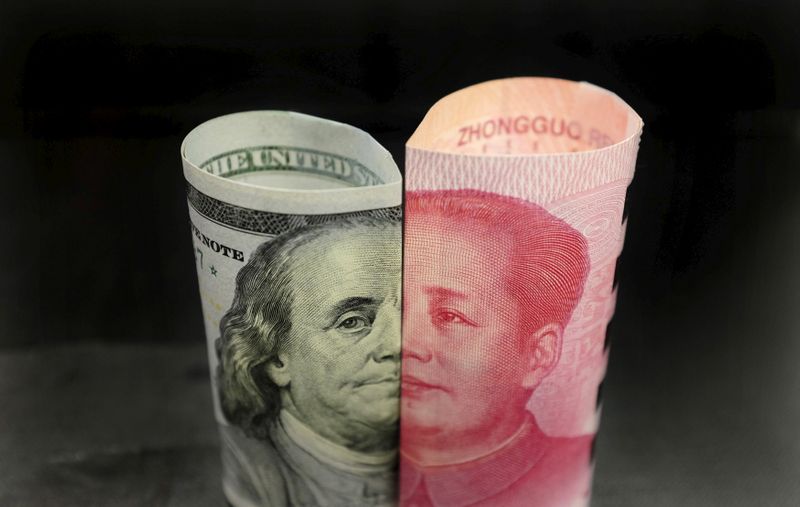 (Reuters) – Investors lowered bearish bets on the as a U.S. rate cut gave Chinese bonds a yield advantage, but they built short positions in the Indonesian rupiah with the coronavirus outbreak reigniting volatility in emerging markets.

In a bid to shield the U.S. economy from the damaging effects of the epidemic, the Federal Reserve cut rates by 50 basis points in a surprise out-of-cycle meeting on Tuesday – the first since the 2008 financial crisis.

Aided by a weakening dollar, short positions on the Chinese yuan stood at their lowest since early January 2019, a poll of 15 respondents found.

The yuan immediately jumped after the rate cut to its highest level since Jan. 23 and erased all losses it had clocked since the Lunar New Year holiday.

Bearish bets on the Korean won and Singapore dollar were also trimmed, with both currencies also likely to benefit from the softer greenback.

Meanwhile, in a counter-intuitive move, market participants turned bearish on the Indonesian rupiah for the first time since late October as volatility surged in the local markets.

Indonesia has among the highest real interest rates in the region and its bond market usually attracts foreign inflows owing to attractive rate differentials.

However, the outbreak of the coronavirus and resulting uncertainty due to Indonesia’s reliance on China’s economy – has now made carry-plays complicated.

“The carry trade is a low volatility strategy designed to pick up yield in a benign market environment. The pick-up in volatility emerging from the equity market has triggered huge draw-downs in carry trade strategies,” analysts at ING said in a note.

“Unless one believes that policymakers with their actions so far have put a floor under risk assets and volatility drops substantially – highly unlikely in our opinion – it looks premature to be buying the dip in high yield FX.”

Meanwhile, investors increased bearish positions on the Malaysian ringgit as its central bank cut rates to a 10-year low on Tuesday. Political upheavals in Malaysia, following the implosion of a multi-ethnic coalition led by veteran leader Mahathir Mohamad, also made investors wary.

Short bets on the Thai baht also rose, after Bank of Thailand vowed to act appropriately following the Fed’s cut.

The Thai central bank had cut rates a third time in six months to a record low in February just before the Fed made its surprise move.

In the same vein, investors reduced bullish stakes on the Philippine peso after the central bank reaffirmed its commitment to cutting interest rates further this year.

The poll uses estimates of net long or short positions on a scale of minus 3 to plus 3.

A score of plus 3 indicates the market is significantly long U.S. dollars. The figures included positions held through non-deliverable forwards (NDFs).