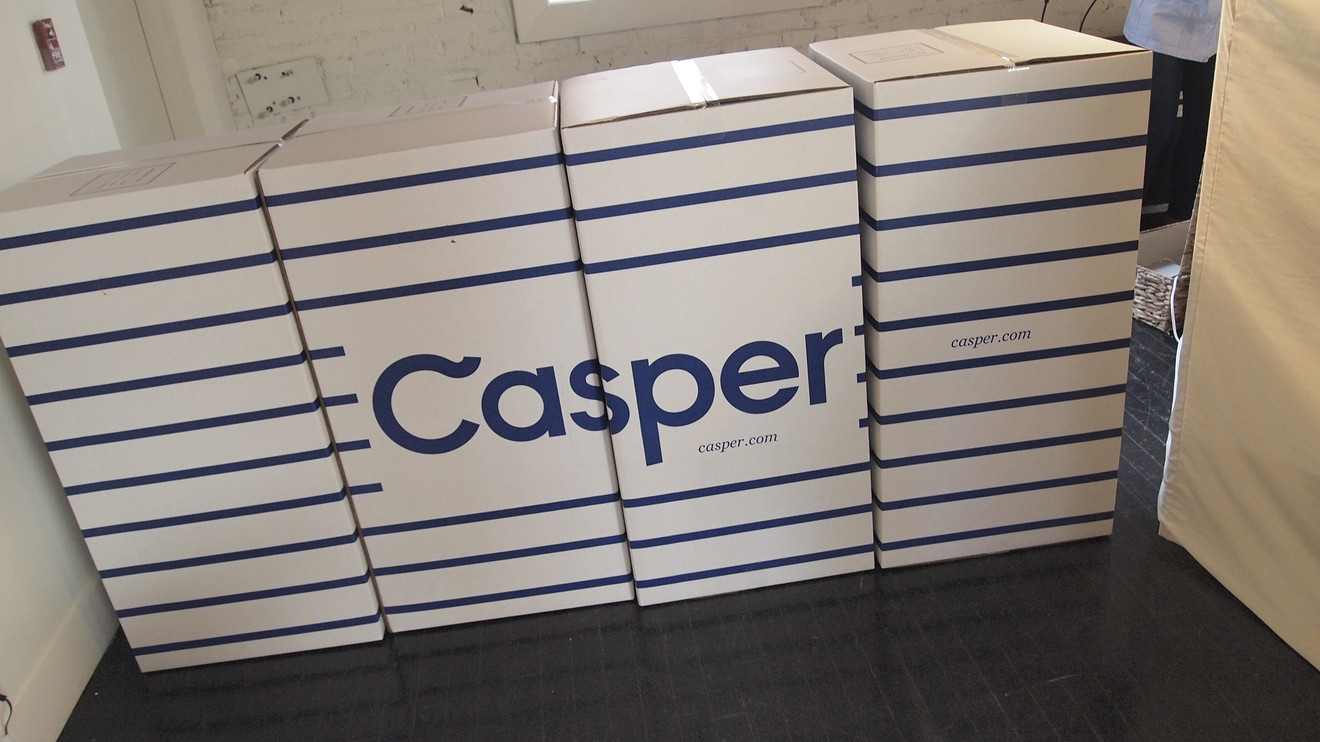 Casper Sleep Inc., the startup that popularized the bed-in-a-box trend, late Wednesday priced its initial public offering at $12, the lower end of a reduced range, leaving the company’s valuation at less than half the $1 billion needed for it to be a true unicorn.

With 39 million shares outstanding, the $12 pricing values the company at about $468 million, below the $741 million implied by the previous price range and well below the $1.1 billion it garnered in its last private funding round last March. The New York Post reported recently that Chief Executive Philip Krim, a co-founder, was determined to achieve a $1 billion valuation in the IPO.

Casper has filed to list on the New York Stock Exchange in a deal expected to test market appetite for loss-generating companies. The company will need to persuade investors that it is not like the other loss-making IPOs of 2019, such as Uber UBER, -4.46%, Lyft LYFT, -3.88% and WeWork, the office-sharing company that saw its IPO plan collapse after its filing revealed shaky underlying financials.

Casper CSPR, +0.00%, which was founded in 2014 with a foam mattress as its only product, is addressing that challenge in an IPO prospectus that frames its business as the third cog in the global wellness trend, alongside nutrition and fitness.

Its stated mission is no less elevated than “to awaken the potential of a well-rested world” and be part of a “sleep economy” worth about $432 billion worldwide and $79 billion in the U.S. alone. Those figures come courtesy of an analysis conducted by Frost & Sullivan, which Casper commissioned in 2019.

The company is slated to list under the ticker symbol “CSPR.” Proceeds of the deal are to be used to repay debt, fund growth and for general corporate purposes, according to a filing document.

Casper started life with a direct-to-consumer product, cutting out the middlemen that make mattress buying expensive. Customers could order online and have a mattress delivered in a box, and once the box was opened and the mattress unpacked, the mattress would unfold and take the shape of a more traditional mattress.

The company has invested heavily in digital marketing and other promotional activities — it spent a full $422.8 million on marketing initiatives in the period stretching from 2016 to September of 2018, according to its prospectus, tapping into heightened awareness of the importance of sleep, as touted by celebrities like Arianna Huffington.

See also: Arianna Huffington: ‘I’m a risk-taker in every part of my life — except my finances’

It has expanded its product portfolio over time, adding a range of mattresses at different price points, along with pillows, duvets, sheets, bedroom furniture and accessories such as noise machines, medical trackers and lighting devices.

Its Casper Labs R&D facility in San Francisco develops and tests new technology, according to the prospectus. And while its business model is heavily skewed toward direct-to-consumer sales, it operates 60 retail stores in the U.S. and Canada, and has 18 retail partners, including e-tail juggernaut Amazon.com Inc. AMZN, -0.48%, the membership warehouse chain Costco COST, +1.33%, department-store operator Hudson’s Bay Co. HBC, +0.18% and big-box store chain Target Corp. TGT, +2.01%, which in 2017 invested a reported $75 million in the mattress startup.

See: Do you sleep a ‘normal’ amount? This chart reveals how much shut-eye we really get

Here are 3 things to know about Casper:

Casper makes much of the “sleep economy” in a pun-dense prospectus, forecasting a similar transformation for the concept of sleep as has occurred in fitness and nutrition. The company describes a “sleep arc” that spans bedtime to wake-up time and is ripe for products that address light, sound, temperature, ambience and humidity, among other factors.

“We believe we are the first company that understands and serves the Sleep Economy in a holistic way,” reads the prospectus. The brand is “genuine, trustworthy, and approachable, as well as fun and playful,” it adds.

However, Casper is operating in a highly competitive marketplace, and many of its competitors market the same bed-in-a-box product, in some cases at lower prices. In the prospectus, the company names as competitors household-name mattress brands Tempur Sealy International TPX, -1.42%, Serta Simmons Bedding and Sleep Number SNBR, +1.61% and nods toward newer entrants Purple Innovation PRPL, -2.49% and Leesa.

It’s never made a profit, but others have

Kathleen Smith, principal at Renaissance Capital, a provider of institutional research and IPO exchange-traded funds, said the spoiler is that Casper has a rival in Purple Innovation that has similar revenue, yet is profitable.

“For WeWork, the spoiler was IWG Group, which also does executive office sharing but has good profits and a valuation that was about a third of WeWork’s,” she said. Purple Innovation is growing faster and making money. “IPOs need to work for investors,” she said.

James Gellert, chief executive of RapidRatings, a data and analytics company that assesses the financial health of private and public companies, said Casper has a financial health rating, or FHR, of 29 on a scale of 1 to 100, well below Purple Innovations’ score of 52. The FHR measures short-term resiliency and default risk.

Casper’s core health score, a RapidRatings measure of medium-term risk and company efficiency, is a 33 out of 100, compared with Purple Innovations’ score of 44. Purple Innovations’ FHR has gained 27 points on a year-over-year basis as it has moved to profitability. Casper’s has fallen in the last two years.

Coming to an IPO market that has rejected other companies with $1 billion–plus valuations that were loss making, Casper will not have an easy time of it, he said.

“It’s a new year, but the same investors,” said Gellert. “In many respects, PRPL is the company Casper should want to be when coming to market. There is a giant difference between a profitable and unprofitable company among institutional investors, and valuations, availability of capital, secondary-market interest and overall receptivity will be radically different for companies in these two categories.”

See: It’s time to ditch the smartphone: The best alarm clocks for every type of sleeper

Like WeWork and Peloton, Casper is keen to portray itself as a technology company, a move that did not impress investors when the exercise-bike maker Peloton went public in September.

”As a pioneer of the Sleep Economy, we bring the benefits of cutting-edge technology, data, and insights directly to consumers,” boasts the Casper prospectus.

“Casper isn’t a tech company; it’s a direct-to-consumer mattress manufacturer that is working to branch out into related products,” said RapidRatings’ Gellert.

“The IPO market from 2019 wasn’t interested in overvalued companies with poor financial health that couldn’t articulate well enough their actual market position, direction and path to profitability,” he said. “Casper looks at the moment to check all those boxes.”

On a positive note, the company has ditched plans to use a dual-class structure, as outlined in an earlier SEC filing. And its original backers are well-known venture-capital firms with good track records, according to Smith of Renaissance Capital.

“That means investors have got good IPO returns and should be more favorably disposed to new deals,” she said.

Read now: From Tide Pods to AirPods, here are ‘the most influential products’ of the decade