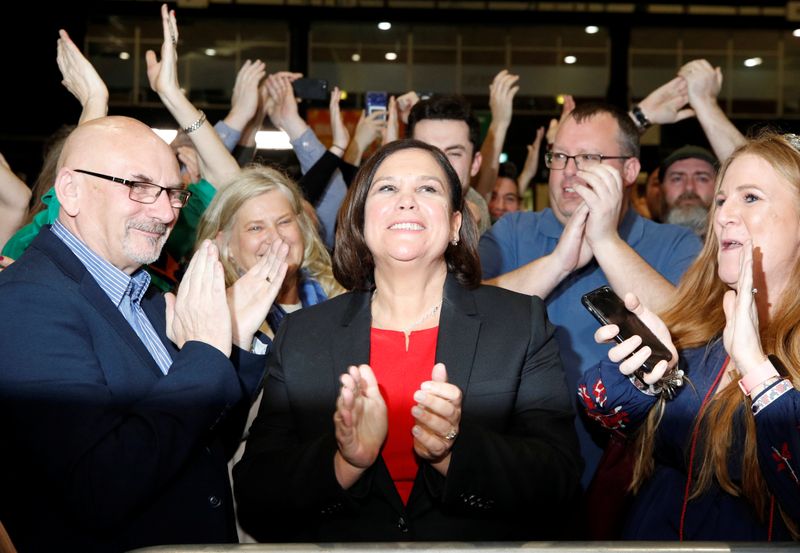 LONDON (Reuters) – Ireland’s main index () fell as much as 1.2% on Monday morning dragged down by banks after Irish nationalists Sinn Fein secured almost a quarter of first-preference votes in a general election.

Bank of Ireland (I:) and AIB Group (I:) were among the top fallers in Ireland, sliding about 5% and 3%, respectively in morning trading.

“It will take a few days to finish counting the results but longer to negotiate a new government,” KBW analyst Daragh Quinn said.

“That uncertainty coupled with the potential for a more radical/populist party to enter government will likely weigh on Irish bank performance”, he wrote in a note.

The left-wing party was ahead of the centre-right Fianna Fail and the Fine Gael party of Prime Minister Leo Varadkar at in an election analysts described as a seismic shift away from Ireland’s century-old, centre-right duopoly.