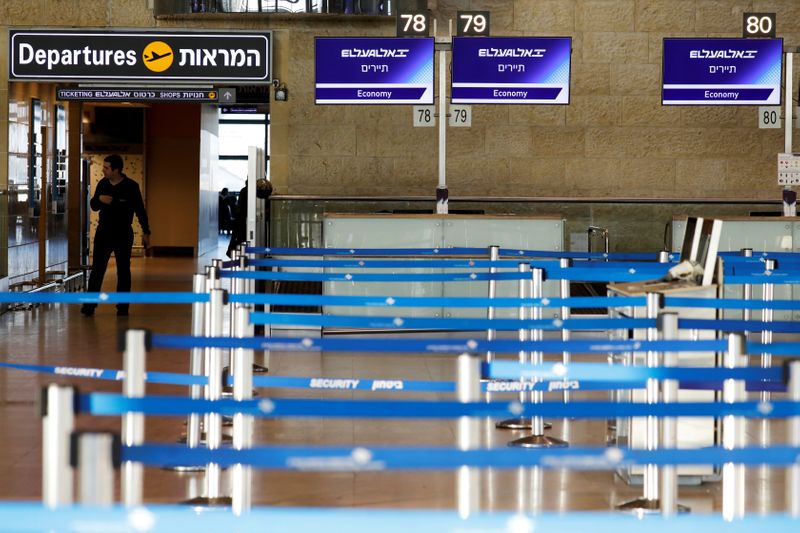 JERUSALEM (Reuters) – Israel’s flag carrier, El Al airlines (TA:), said on Sunday it expects an even bigger decline in revenue for the start of the year than previously thought due to the global coronavirus outbreak.

The company, which has suspended routes and canceled flights as the outbreak spreads across the globe, revised the estimated decline in revenue it expects for January to April to $140-$160 million. It previously warned of a $50-$70 million decline for the period.

Of the total, El Al said the decline in revenue for the first quarter will be $80-$90 million.

A decline in expenses will partially offset the drop in revenue, so the company expects the final impact for the first four months of the year on its results to be $70-$90 million.

El Al, which has already announced a major round of layoffs, said it has requested government aid and is in talks with the Finance Ministry.