Home
Stocks
‘It was very important for me to defy the odds.’ How one woman paid off $32,000 in student loans in 5 years
Prev Article Next Article
This post was originally published on this site 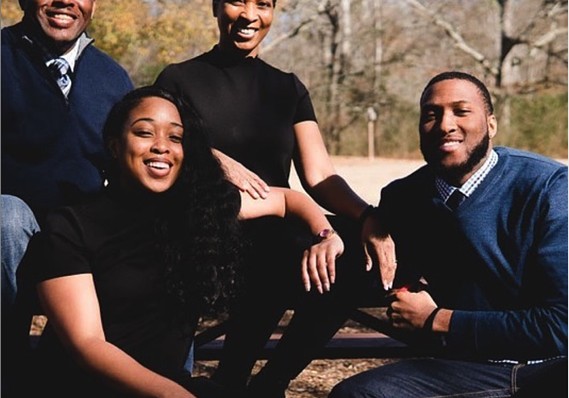 When Toi Banks graduated from the University of Georgia in 2014, she had $26,000 in student debt.

Because her loans were unsubsidized, interest had accrued while she was in school, increasing her burden from $20,000 to $26,000. There was a “drastic” increase in her interest rates, she said, from 3.5% her first year in school to 6.8% the following years.

Banks made a temporary sacrifice to pay off her loans, and she had something extra motivating her: She wanted to beat the odds.

Banks made a temporary sacrifice to pay off her loans, and she had something extra motivating her: She wanted to beat the odds.

In the U.S., the student-loan crisis is a $1.5 trillion problem — and one that falls on women harder than others. Black women are disproportionately affected by student-loan debt, carrying more than their peers, which carries far-reaching implications for them, their children and their children’s children.

Banks landed a full tuition scholarship to the University of Georgia for her first year. Her parents also chipped in. She was forced to take out student loans. The scholarship covered a smaller share of tuition the following years, and she was still on the hook for room and board, fees, books and other expenses.

“When I told them I just paid off my last student loans, my dad actually responded to me and said, ‘I think you may be the first in the Banks family to ever do this,’” she said. “I am the first person [in my family] to ever achieve something like this, and everything I do is inspired by them.”

Women hold about two-thirds of outstanding student debt, and black women graduating with a bachelor’s degree hold on average about $30,400, according to a May 2019 study by the American Association of University Women. The nonprofit also found that black women end up with about $11,000 more student-loan debt, on average, than white men.

Women hold about two-thirds of outstanding student debt, and black women graduating with a bachelor’s degree hold on average about $30,400.

After graduation, paying back loans can be tricky: Black borrowers are less likely than white borrowers to have family money to pay for college, said Mark Huelsman, director of policy and research at think tank Demos. They may also face additional hurdles like care giving and discrimination in the workforce, he said.

Once black college graduates enter the workforce, they’re faced with another problem — the wage gap. Black women with bachelor’s degrees earned 63% weekly of what white men with the same degree made, according to the study.

“It was very important for me to defy the odds and be in the position to leave my family something one day,” Banks said. “Sometimes, student loans are the only way you can get access to education. It kind of is a double whammy.”

How she did it

After Banks graduated, she lived at home in Covington, Georgia for about six months, which helped her pay down her loans. But once she moved to New York and her monthly rent increased to $1,175, it became much harder. Her first job in advertising sales paid an annual salary of about $43,000, bonus included, she said, and she paid the minimum monthly payments on her loans.

“I definitely did feel defeated at some point,” Banks said. “I essentially looked at my statement and I had given them almost $12,000 in a year and the balance hadn’t really changed. I just remember being in tears.”

‘I essentially looked at my statement and I had given them almost $12,000 in a year and the balance hadn’t really changed.’

As Banks gained experience in the industry and negotiated her salary, she began to more seriously target her loans. In late 2018, she threw almost anything she could at them — she temporarily stopped saving and contributing to a 401(k) and instead directed about 50% of her take-home pay to the loans, she says. Over time, she moved into a more affordable apartment and contributed as much as she could to loans, including any additional checks, like her tax refunds.

Banks said she was inspired by money guru Dave Ramsey and Rachel Cruze, author of “Love Your Life, Not Theirs.” She lived below her means, forgoing shopping and expensive travel.

After a year of aggressively paying off her loans, she hit a wall in late summer 2019. With just a few payments left until the finish line, Banks was exhausted.

What her plans are for the future

“I just felt so broke and I said, ‘You know what, I’m keeping this next check for myself,’” Banks said. She shopped at Zara ITX, +0.35%, went to brunch and relished being able to buy things for herself. Banks said she didn’t regret treating herself at the end of her student-loan repayment journey because it revitalized her and encouraged her to finish paying off the loans.

Banks, now 27, made her last payment in time for her family to congratulate her around Christmas.

Banks said one statistic in particular motivated her to repay her loans quickly: Median black household wealth will hit zero by 2053 if current trends continue, according to a 2017 analysis of Federal Reserve data from Prosperity Now, a nonprofit that conducts research about financial security.

Because black women experience the compounding effects of racial and gender bias, it can be difficult to build familial wealth, Huelsman said.

“If we care about leveling the playing field and make it as easy for black women to pay off student loans as it is for white people, then we need to take a holistic approach,” Huelsman said.

Now that her loans are paid off, Banks has dreams to save for, like possibly moving to the Caribbean and pursuing a doctorate in African American Studies.

“I definitely feel like my mind is liberated and I can think about life a little bit differently,” Banks said. “I would want the same for everyone else.”