Home
Market
Italy Set To Tighten Its Lockdown as Fatalities Top China
Prev Article Next Article
This post was originally published on this sitehttps://i-invdn-com.akamaized.net/content/pic58aff75d9f502fa11ad62314b3740bf2.jpg 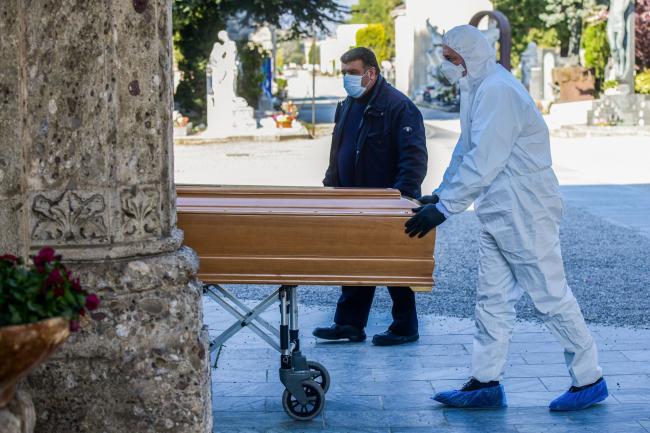 (Bloomberg) — Prime Minister Giuseppe Conte’s government is set to reinforce and extend the near-total lockdown on Italy as it struggles to combat the spread of coronavirus, after overtaking China as the country with the highest recorded death.

Conte is weighing extending the ban on non-essential activities until at least May 1, daily La Stampa reported on Friday, and the government may call in the army to help enforce restrictions, other Italian newspapers said. Soldiers have already been deployed in the southern regions of Sicily and Calabria.

Italy on Thursday surpassed China as the country with the highest recorded death toll from the coronavirus, with the pandemic also gathering pace in Spain and France as European governments struggle to keep up in their responses to tackle the spread of the disease. The number of Italian fatalities reached 3,405, civil protection officials said.

Officials in the north of the country have been calling on Conte to get tougher in extending and enforcing the lockdown, even at the risk of further straining the economy in the area that accounts for the lion’s share of Italy’s gross domestic product. The Lombardy region around Milan could move to further restrict the types of businesses allowed to operate, Stampa reported. Outdoors activities will also be likely banned.

Schools and universities may not reopen this academic year, Italian media reported. The school session, which was set to restart April 3., would still be considered complete, with students graduating and moving on to the next year as normal. The 41,035 total Italian cases of the virus so far include 4,440 who have recovered from the illness.

Ministers and policy makers across the continent again ramped up their efforts to counter the outbreak and mitigate the devastating effects on societies and economies with millions of people forced to stay home.

The U.K. and Greece were among those announcing new financial action while France urged workers to maintain food supplies. Leaders made it more apparent they don’t expect the fight against Covid-19 to end soon even as new cases have slowed to a trickle in China, the original epicenter.

The death toll, though, rose more rapidly elsewhere. In Spain, the number shot up 28% to 767, while France reported a 41% increase to 372. French President Emmanuel Macron said it was unclear how many virus waves the world could be facing, and that efforts to arrest the outbreak will likely be implemented again in future.

In the meantime, he urged people to strike a balance between staying home and keeping the country running as the coronavirus rips into one of Europe’s biggest economies. France is facing a shortage of personnel in some areas as employees wary of contracting the disease steer clear of their workplaces.

Part of the population was “irresponsible” to not be taking into account guidelines on confinement by “partying on the streets” and “going to the beach,” he said. Others, though, are over-reacting to the message of staying indoors, with some key workers not going to work. “We need to find a median path,” Macron told reporters as he visited researchers at the Pasteur Institute in Paris on Thursday.

On the French Riviera, the Cannes film festival became the latest event to be postponed. The gathering was slated to run May 12-23.