Home
Stocks
‘It’s a very unfortunate conundrum.’ As coronavirus spreads, the CDC urges sick workers to stay home — but what if you don’t get paid sick leave?
Prev Article Next Article
This post was originally published on this site 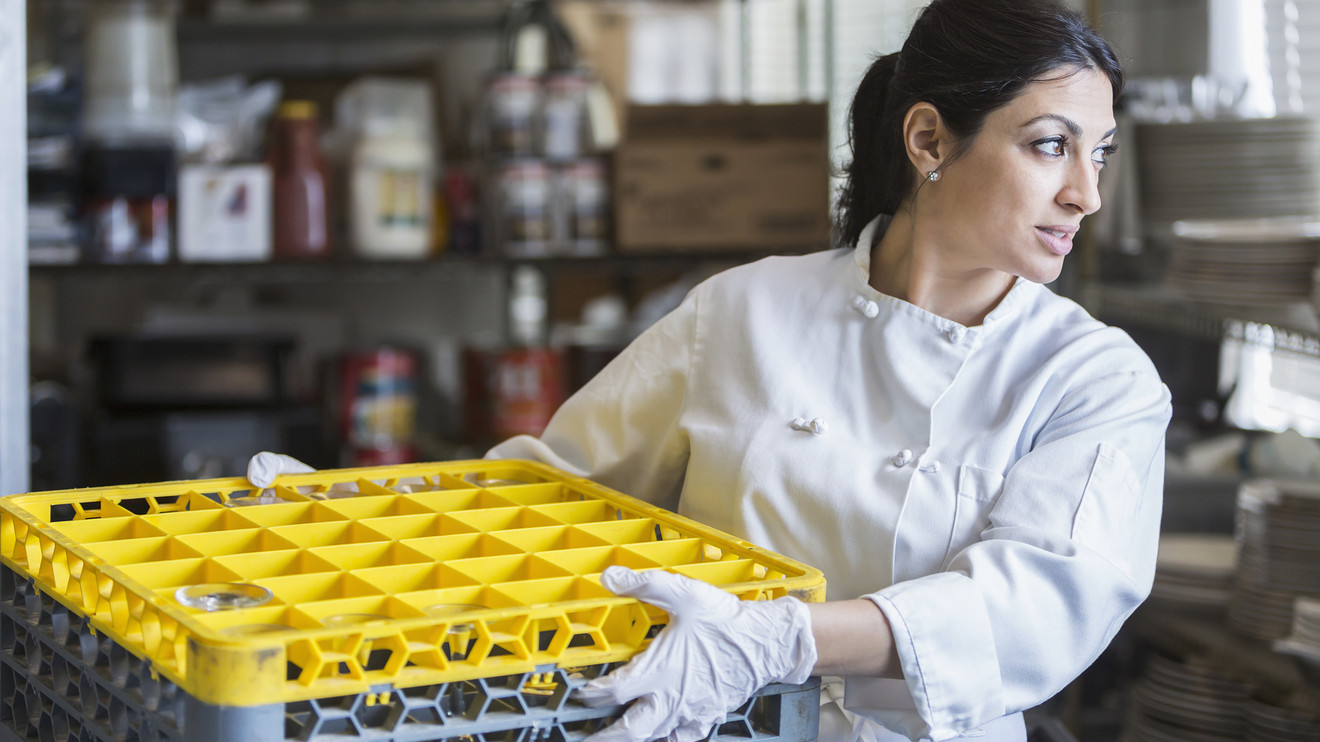 As scientists race to develop a vaccine for the COVID-19 virus, the Centers for Disease Control and Prevention has prescribed “everyday preventive actions” to stem the spread of respiratory diseases, including staying home when sick.

But some low-wage and gig workers might have a tough choice on their hands: heeding public-health guidance or earning a paycheck.

The U.S. has 86 confirmed cases. However, the majority of COVID-19 cases and deaths have occurred in mainland China. There were 89,197 confirmed cases of COVID-19 and 3,048 deaths, primarily in China’s Hubei Province, and two reported deaths from the virus in the U.S.

Public-health experts believe that COVID-19 spreads primarily from person to person, both between people who are within about six feet of each other and through droplets produced by a sick person’s cough or sneeze. Spread from contact with objects or surfaces infected with the virus might also be possible, though not the main form of transmission, the CDC says.

“There’s a reason why people are going to work when they or their kids are sick, if they don’t have paid sick days,” said Elise Gould, a senior economist at the Economic Policy Institute, a left-leaning Washington, D.C., think tank. “They have to put food on the table and a roof over their head.”

U.S. federal law doesn’t currently guarantee paid sick leave, though eligible employees who work for companies covered by the Family and Medical Leave Act (FMLA) can take up to 12 weeks of unpaid leave for serious health conditions and other medical situations. Some 73% of private-industry workers had access to paid sick leave in 2019, according to Bureau of Labor Statistics data, compared to 91% of state and local government employees.

And full-time workers are far more likely to have access to paid sick-leave benefits than part-time workers, who are disproportionately women.

Generally speaking, many low-wage workers are in service professions, including ones that deal with food, kids and the elderly, Gould added. “It’s problematic if people who are sick and have a particularly contagious disease feel like they have no choice but to go to work,” she said. “It’s obviously even worse if you’re working in an occupation where you have a lot of contact with the public or with clients.”

‘High-paid workers who can afford to stay home will stay home. They will be increasing demand for services like food delivery.’

A 2017 EPI report co-authored by Gould estimated that for the average worker without paid sick-leave access, the lost wages associated with staying home for about three days would amount to their household’s entire monthly grocery budget or monthly utilities budget.

The outlook can be similarly bleak for gig workers for, say, a rideshare company or food-delivery service — many of whom aren’t eligible for benefits that would allow them to stay home and receive health care when they’re sick, said Sara Holoubek, the CEO and founder of the New York-based strategy and innovation consultancy Luminary Labs.

“High-paid workers who can afford to stay home will stay home. They will be increasing demand for services like food delivery,” Holoubek said hypothetically of a potential outbreak in New York City, which had one confirmed COVID-19 case as of Monday. “If that food-delivery worker or food-prep person is not entitled to the same benefits, does social isolation actually work if they are sick or are being exposed to those who are?”

Access to paid sick leave is one thing, but the ability to seek out health care is another, Gould added. Many millions of people in the U.S. still lack health-insurance coverage, she pointed out — 27.9 million non-elderly people in 2018, to be exact.

Going to work in hopes that you don’t spread a virus, or staying home and losing pay is a predicament for millions of workers. “It’s a very unfortunate conundrum that a lot of employees face currently, even without a major outbreak,” said employment attorney Edgar Ndjatou, the executive director of the nonprofit employee-rights organization Workplace Fairness.

“In some places, if you’re a restaurant worker and you’re sick, you can’t just stay home,” he told MarketWatch. “A lot of people face this situation now, and I think it will be made worse if there’s an outbreak.”

How paid sick leave can help reduce the spread of illness

Some research suggests that paid sick leave can play a role in slowing the spread of contagious illnesses. A 2017 study published in the journal PLoS One that found that access to paid sick days was associated with employees staying home from work for an illness or injury, an influenza-like illness, or the flu, as well as for a child’s injury or illness. (The flu, which is caused by different viruses from COVID-19, also spreads from person to person mainly through respiratory droplets.)

One 2010 report estimated that people infected with the H1N1 virus who showed up to work caused up to 7 million coworkers’ infections.

“Access to [paid sick days] is likely to reduce the spread of disease in workplaces by increasing the rate at which sick employees stay home from work, and reduce the economic burden of staying home on minorities, women, and families,” the authors wrote.

A 2010 report by the Institute for Women’s Policy Research, a Washington, D.C.-based think tank, estimated that people infected with the H1N1 virus who showed up to work had caused up to 7 million coworkers’ infections. “Presenteeism — attending work while ill — among private-sector employees without paid sick days may have extended the duration of the outbreak in that sector,” the report said.

Paid sick leave could even benefit a company’s bottom line, research suggests. CDC researchers who examined data from 2007 to 2014 estimated that giving workers paid sick leave “might save employers almost $1 billion to $2 billion, expressed in 2016 dollars, in reduced absenteeism costs related to flu and similar illnesses during each of these years.”

“It will be interesting to see in the next couple of months, if the coronavirus has become a major health issue in the U.S., if employers and [the] local, state or federal governments will try to step in to try to help low-wage workers stay afloat,” he said.

An increasing number of states, cities and counties have enacted paid sick-leave laws in recent years. Eleven states and the District of Columbia now require that some employees receive paid sick leave, according to the bipartisan National Conference of State Legislatures. San Francisco, Oakland, Chicago, New York City, Westchester County, Philadelphia, Dallas and Seattle also have such laws, according to the nonprofit National Partnership for Women & Families.

“Public policy can play a role in reducing the spreading of illnesses such as this one,” Gould said, “by making it economically feasible for workers to stay home to take care of themselves and their families.”