Home
Market
Japan automakers' May global sales drop 38% as lockdowns weigh
Prev Article Next Article
This post was originally published on this sitehttps://i-invdn-com.akamaized.net/trkd-images/LYNXMPEG5S0DV_L.jpg 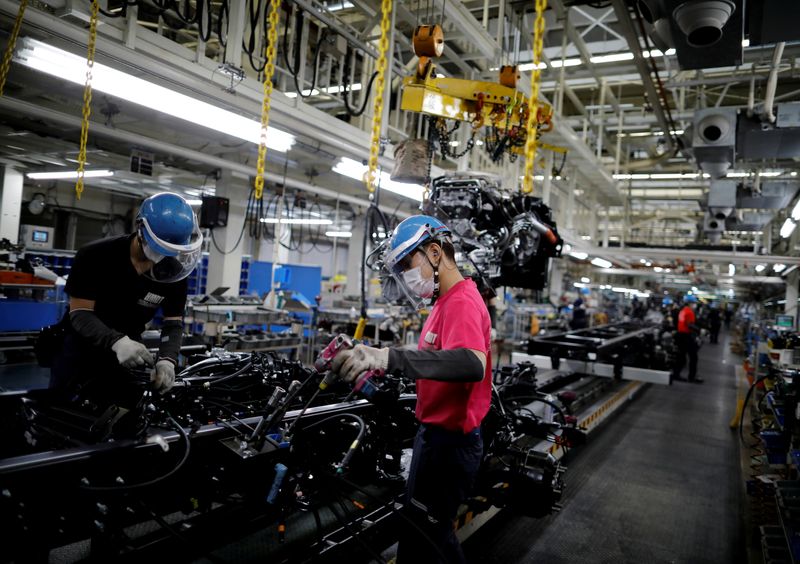 The country’s seven major automakers sold a total of 1.47 million vehicles last month, down sharply from 2.38 million units a year ago, according to Reuters calculations based on sales data released by these companies. But the decrease was smaller than the 50% tumble posted in April.

Global production at these automakers fell 62% to 918,974 units in May, compared to a production slump of 55% in April.

Car demand has plummeted globally since March as people were forced to stay indoors in most countries due to lockdowns to control the outbreak, leading to deep uncertainty about the longer-term economic impact.

Many countries have been easing their lockdown measures, but industry experts anticipate that it would take up to five years for demand to recover to 2019 levels.

Vehicle sales fell in nearly all regions, with North America and Europe being the worst hit. China was the only bright spot, where Toyota, Nissan, and Mazda Motor Corp (T:7261) reported higher sales.

Most automakers are preparing for a big financial hit from the pandemic due to the lockdowns in the United States and Europe. Toyota has said it expects an 80% profit slump this year, its lowest in nine years.

The pandemic has piled more pressure on Nissan, which had been struggling with falling sales and profitability even before the outbreak, forcing it to roll back on an aggressive expansion plan by ousted leader Carlos Ghosn.