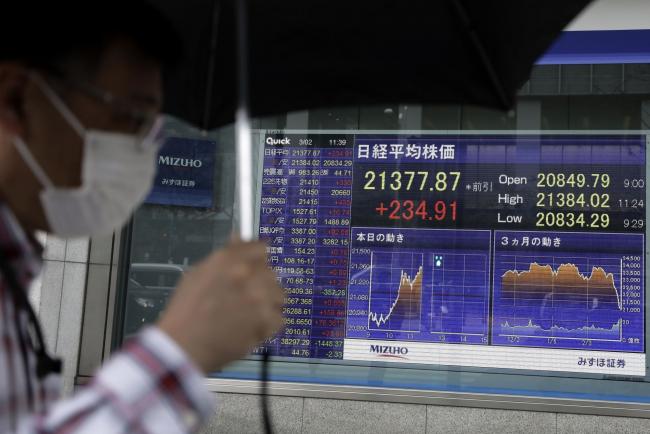 Australia’s dollar rose even after the central bank cut its benchmark rate by a quarter point, underscoring how traders’ expectations have rapidly shifted in recent days. Some investors flagged the risk that policy makers fail to move with sufficient size and urgency. The yen climbed and Treasuries rallied anew. Chinese and Korean stocks kept their earlier gains, however, and extended its Monday rally.

Central bankers from the U.S., Japan and Europe have in recent days pledged to act as appropriate to address mounting risks from the coronavirus and Group of Seven finance chiefs confer by phone Tuesday. The Reserve Bank of Australia, in its policy statement Tuesday, noted that expectations are for further monetary stimulus by most economies in coming months, including the U.S.

“If the Fed surprises in a meaningful way, that could help further — but you could argue the market already discounts it,” said Quincy Krosby, chief market strategist at Prudential Financial Inc (NYSE:). “I’m also looking to see if we have anything from the fiscal side,” she said. Packages such as Italy’s $4 billion effort “are the sorts of headlines that would boost confidence that governments are prepared to act,” she said.

The central banks’ turn follows signs of mounting damage to the global economy. The OECD is warning that growth will sink to levels not seen in more than a decade. Global manufacturing contracted in February by the most since 2009 as the outbreak severely disrupted demand, trade and supply chains.