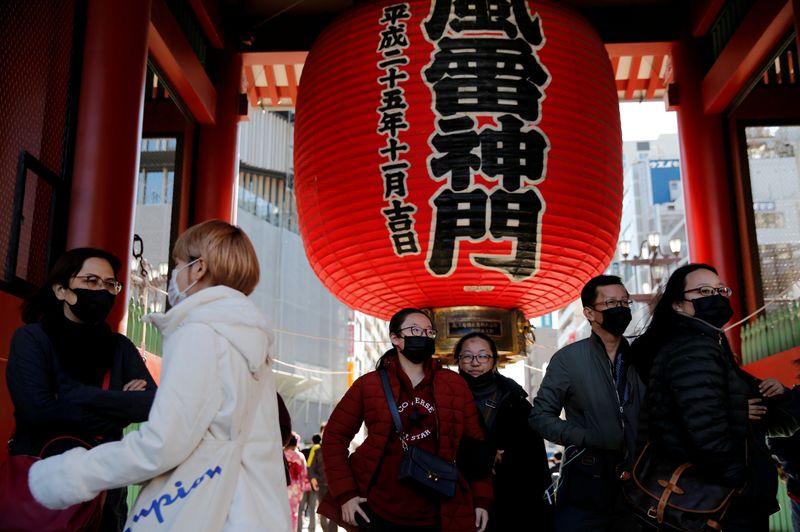 TOKYO (Reuters) – A week after China banned its citizens from traveling to contain a deadly coronavirus outbreak, Japanese businesses catering for Chinese tourists say sales have dwindled and they are bracing for months of slow trade.

Xie Shanpeng, who runs a travel agency in Tokyo for Chinese tourists, had expected the months from Lunar New Year to the Tokyo Olympics starting in late July to be busy.

“It’s a terrible situation. I think we won’t have any inbound Chinese tourists for the next three to six months. I don’t know what to do,” he said, pointing to a list of cancellations.

“Most bookings area canceled… We only have one reservation now.”

While Japanese automakers and companies such as Fast Retailing (T:) have been affected by factory stoppages and store closures in Wuhan, the epicenter of the outbreak, many small businesses in Tokyo are also feeling the pain as they have grown dependent on Chinese tourist spending.

Chinese make up 30% of all tourists traveling to Japan and nearly 40% of the total amount foreign visitors spent last year, according to an industry survey.

Masako Takabayashi, who manages a glass ornament shop in Asakusa, a historic Tokyo district popular with tourists, said she had not had any Chinese customers on Monday.

But he said it could be more serious if the outbreak continues for longer and affects visitor numbers for the Olympics — a business opportunity many companies are counting on.

“Chinese people will probably decide to go to the Olympics around April or May. But if this virus continues, the number of tourists from China to Japan will decrease,” he said.

“About 2 trillion yen increase in demand is expected during the Olympics in July and August, but a few percent of that figure will be lost if the virus drags on.”