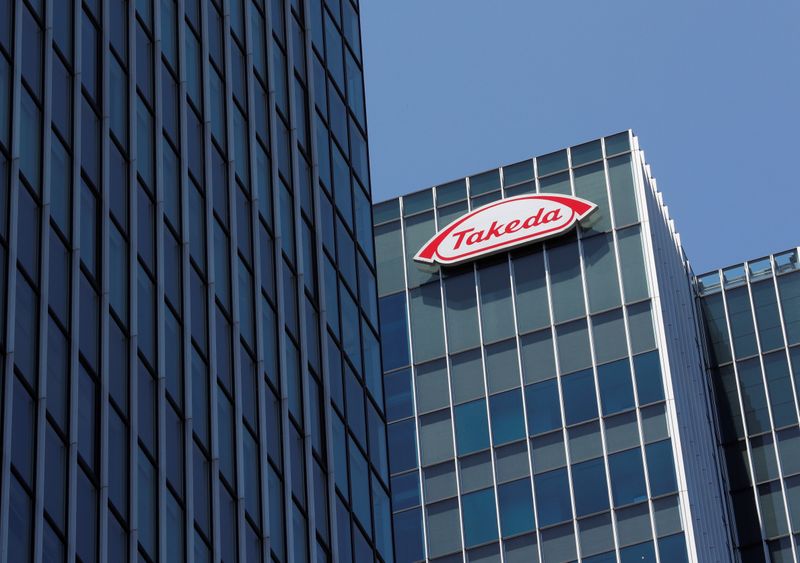 TOKYO (Reuters) – Takeda Pharmaceutical Co Ltd (T:) said it now expects an operating profit for the full year, as opposed to its earlier projection for a loss, due to stronger sales and cost savings from its integration with Shire Plc (LON:).

The company forecast an operating profit of 10 billion yen ($91.91 million) for the year ending in March, versus its previous forecast for a loss of 110 billion yen. That compares with an average loss forecast of 75.6 billion yen from 13 analysts polled by Refinitiv.

Takeda surprised markets in May last year when it reversed its full-year profit forecast to a loss, citing costs linked to its $59 billion Shire deal. It later revised the forecast to a smaller loss on strong sales of its core drugs.

The Shire acquisition, which was completed in January 2019, expanded Takeda’s pipeline and diversified its global sales, with half now coming from the United States.

The drugmaker, now the 15th largest in the world by revenue, told investors in November it expects to launch 14 new products through fiscal 2024 that will deliver about $10 billion in peak yearly sales.

But while the Shire buy gave Takeda global heft, it left it with net debt of about $40 billion as of September 2019.

To pare down debt, Takeda has pledged to dispose of $10 billion worth of non-core assets.

It completed $7 billion in divestitures in calendar 2019, including assets in the Middle East and Africa and a dry-eye drug sold for $5.3 billion to Novartis, Refinitiv data shows.

In the third quarter ending in December, Takeda had operating profit of 112.2 billion yen, based on Reuters calculations, about the same as the previous year.