Home
Stocks
Jeff Reeves's Strength in Numbers: More fuel for Tesla? Stock could join the S&P 500 by the end of the year
Prev Article Next Article
This post was originally published on this site 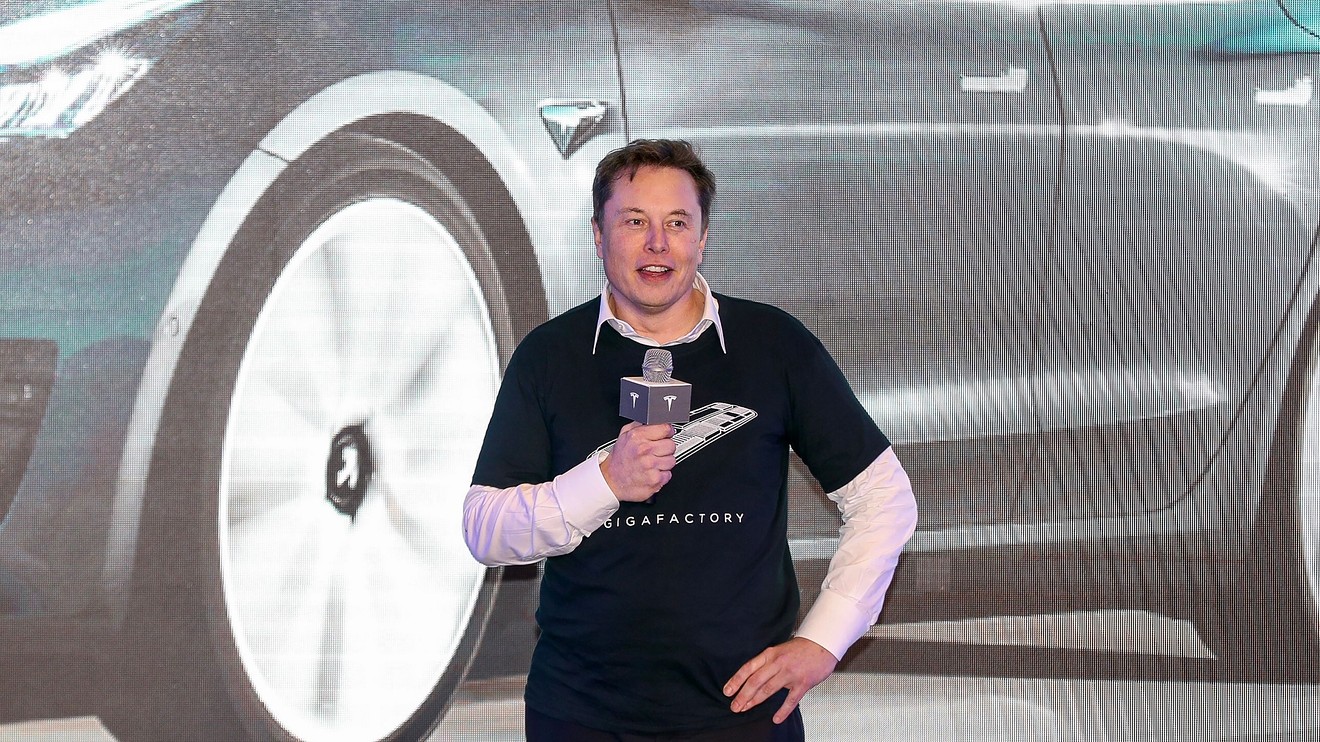 Tesla has been disrupting the automotive industry and taking Wall Street by storm since its 2010 IPO. Its latest milestone: a trajectory that will take the electric vehicle manufacturer to “comfortably” more than 500,000 vehicles sold this year.

That could change in 2020 for however. Inclusion in the S&P depends on certain criteria, and Tesla already qualifies based on its share liquidity, domestic headquarters and market capitalization.

The final and perhaps most burdensome measure, however, is that “the sum of the most recent four consecutive quarters’ Generally Accepted Accounting Principles (GAAP) earnings (net income excluding discontinued operations) should be positive as should the most recent quarter.” This is a feat Tesla hasn’t yet managed, but which finally appears within reach.

After all, Tesla posted positive earnings Wednesday, earning 99 cents per share under GAAP (and an adjusted $2.14 a share) on a modest revenue increase. That builds on a return to profitability in its October report.

If the chips fall right, that means Tesla will be eligible for inclusion in the S&P 500 in the second half of this year after two more consecutive quarters in the black.

“We do not comment on individual companies’ potential inclusion in an index,” a spokesman for S&P Dow Jones Indices said.

For now, Wall Street analysts are skeptical about the current quarter, calling for a small loss per share under GAAP, according to the consensus of those polled by FactSet as of Thursday morning, before a return to solid profitability. That and other forecasts are of course subject to change.

If Tesla is on track for potential inclusion in the S&P 500 later this year and is posting consistent profits, should you rush to pile in? Or do Tesla shares already reflect this, and it’s time to “sell the news” after the stock’s recent run?

The case for caution

The biggest reason for caution is, of course, the fact that Tesla has had challenges stringing together profits in the past. Consider that at the end of 2018 the electric car manufacturer posted its first-ever back-to-back profitable quarters, too. Tesla has surely notched some wins since then, but couldn’t turn that streak into a full year of operations in the black.

Furthermore, it’s not like Tesla is sneaking up on Wall Street. This could be perhaps the most closely watched stock in investing and it’s almost willfully naive at this point to presume you see some angle that isn’t fully reflected in the stock price. That sentiment is pretty much summed up in one analyst’s note from last week titled “Earnings Taking Off, but Shares Already Left the Orbit,” where UBS ups its target on Tesla but reiterates a sell rating based on the stock rising too much and too quickly in the last several months.

But perhaps most concerningly, investors need to remember that Tesla is the most-shorted stock on Wall Street with nearly $15 billion placed in bearish bets against it. Wunderkind CEO Elon Musk may simply scoff at these investors as “jerks who want us to die,” but it’s undeniable that a ton of investors are putting their money behind this trade and not just scoffing at Tesla at cocktail parties.

Sure, some of those may be irrational haters of the stock. As I’ve argued here on MarketWatch, bears who look down their noses at Tesla based on valuation models for stodgy, traditional blue chips are simply missing the point. But it seems dangerously naive to write off every investor in this massive constituency of short sellers as a Luddite stooge who is bound to get steamrolled.

The fact that these bears are persistent after the recent run — Tesla leapfrogged Apple AAPL, -0.80%  in mid-January to reclaim the largest short interest on Wall Street — is proof these folks are not simply getting squeezed out and backing down. If anything, they are doubling down against Tesla.

The case for buying before Tesla joins S&P 500

If these arguments sound familiar, they should be. After all, the internet is replete with hand-wringing about Tesla’s inconsistent or insubstantial profits. Many of those naysayers were quick to dismiss management last July too, when Elon Musk mused about a break-even quarter but analyst targets remained significantly in the red — and were proven wrong in a big way.

And while the raw figures of short interest in Tesla stock may be news to some bulls, surely it’s not the first time they’ve contemplated their very vocal counterparties out there that are taking the other side of the trade.

The bull case, however, seems to keep getting better. I’m talking both about the blowout profits and sales but also the very real potential of inclusion in the S&P 500 that will unlock institutional buying.

Consider a white paper from the National Bureau of Economic Research that, in a nutshell, found a clear correlation between stock performance and the inclusion of that name in the Russell 1000 or Russell 2000 indexes. The reason this study is particularly meaningful is not for its conclusion that index inclusion often comes along with outperformance, but because it offers some very relevant context for a large-size name like Tesla.

Specifically, the authors note “there is non-trivial buying when a firm joins the Russell 2000 as one of the index’s largest capitalized firms.” In other words, the fact that the Russell is a market-cap-weighted index means institutional buying pressure is stronger for companies that debut closer to the top than those at the bottom.

This is perhaps obvious, but a point worth considering. At current valuations of around $100 billion, Tesla would debut in the top 70 names of the index. With a total market capitalization of about $28.1 trillion at the end of 2019 we could expect Tesla to command a weighting of about 0.35%.

That may not sound like a huge amount to a casual observer. But we all know a few basis points adds up in a hurry when you put enough zeros behind the numerator it’s applied to. Considering S&P’s own literature claims $9.9 trillion is benchmarked to the S&P 500, Tesla shareholders should salivate at the prospect of exposure to 0.35% of that figure that adds up to about $35 billion.

This back-of-the-envelope math is all based on current numbers, of course, and will surely change in the coming months. But presuming Tesla keeps up its string of profits, there’s an outside chance that its market cap is even higher — and with a string of positive headlines along with this institutional pressure, we could see Tesla continue its already impressive run across the second half of the year.