Home
Market
J&J chief testifies he did not read all documents related to asbestos in talc
Prev Article Next Article
This post was originally published on this sitehttps://i-invdn-com.akamaized.net/trkd-images/LYNXMPEG0Q1O5_L.jpg 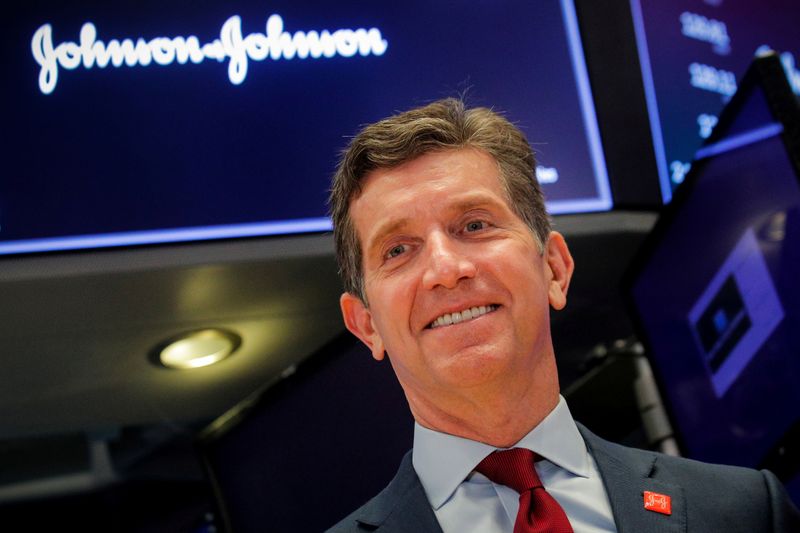 © Reuters. FILE PHOTO: Alex Gorsky, Chairman and CEO of Johnson & Johnson, celebrates the 75th anniversary of his company’s listing on the floor at the NYSE in New York

By Michael Erman and Lisa Girion

It was the CEO’s first appearance in a jury trial over allegations that the company’s Baby Powder causes cancer.

Asked by a plaintiffs’ lawyer whether he read all documents linked to a Dec. 14, 2018, Reuters report, Gorsky replied, “I did not read all the documents but I would rely on the experts in these fields.”

Gorsky was subpoenaed by plaintiffs’ lawyers as a witness in a trial playing out in a courtroom near J&J headquarters. The plaintiffs, three men and one woman, all have mesothelioma, a rare and incurable cancer that they allege was caused by their exposure to asbestos in Baby Powder in infancy during their diapering.

During an earlier liability phase of the trial, a jury agreed with plaintiffs that the company’s powders had caused their cancers and awarded $37.2 million in compensatory damages. Now plaintiffs’ lawyers are seeking to persuade a new jury that the company’s behavior was so reckless that it should award additional punitive damages.

J&J fought the subpoena, arguing that its chief executive had no first-hand knowledge about the safety of its powders and that the case involves corporate conduct that occurred long before he joined the company in 2012. Compelling his testimony “would serve no purpose other than to harass Mr. Gorsky and divert him from his executive responsibilities,” J&J said in a motion.

The New Jersey Supreme Court turned down the company’s request to suspend the subpoena last week, clearing the way for plaintiffs’ to call Gorsky.

The stakes are high. J&J faces more than 16,000 lawsuits alleging it sold powders contaminated with asbestos, a known carcinogen, and failed to warn users. It also faces a federal criminal investigation into how forthright it has been about the products’ safety.

In October, J&J disclosed that a contract lab for the U.S. Food and Drug Administration had found asbestos in a bottle of Baby Powder produced in 2018. The company questioned the finding and commissioned tests on samples from the same bottle and talc from the same lot. Less than two weeks later, J&J announced those tests had found no contamination, other than some asbestos it attributed to an air conditioner in the lab.

J&J’s share price has been sensitive to developments related to the litigation. In December 2018, a selloff wiped out $40 billion in market capitalization following a Reuters report that the company knew small amounts of asbestos had been found in its talc on occasion since 1971. J&J dismissed the Reuters’ report as “an absurd conspiracy theory.” To read the Reuters report, see:

Gorsky’s journey to the witness stand can be traced to the lead role he played in company efforts to rebut the Reuters’ report. In the days following publication, the chief executive personally attested to the safety and purity of Johnson’s Baby Powder in a video posted on the company’s website, as well as in an appearance on CNBC’s “Mad Money.”

“We unequivocally believe that our talc, our Baby Powder, does not contain asbestos,” Gorsky told the investment show’s host Jim Cramer.