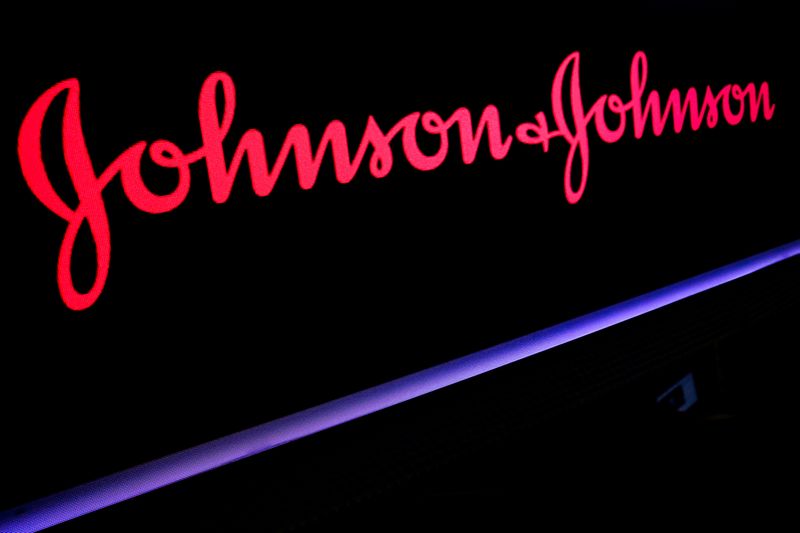 © Reuters. FILE PHOTO: The Johnson & Johnson logo is displayed on a screen on the floor of the NYSE in New York

By Lisa Girion and Michael Erman

(Reuters) – Johnson & Johnson (NYSE:) was ordered on Thursday by a jury in a New Jersey court to pay punitive damages of $750 million to four plaintiffs who allege that the company’s Baby Powder caused their cancer, according to a lawyer for the plaintiffs.

J&J said the judge was planning on reducing the damages to around $185 million. According to New Jersey law, punitive damages are capped at 5 times liability damages, according to plaintiffs lawyer Chris Placitella.

During an earlier phase of the trial, the jury held J&J liable for the plaintiffs’ cancers and awarded them $37.2 million in compensation.

J&J said in a statement it would quickly appeal both phases of the trial, citing “numerous legal errors that subjected the jury to irrelevant information and prevented them from hearing meaningful evidence.”

The verdict came after J&J Chief Executive Alex Gorsky testified last month for the first time in a jury trial over allegations that the company’s Baby Powder causes cancer. He also faced questions from plaintiffs lawyers over the timing of his sale of company stock.

On Dec. 14, 2018, Reuters published a story that showed J&J had failed to disclose that small amounts of asbestos, a known carcinogen, had sometimes been found in its talc over several decades. After the report was published, a selloff wiped more than $40 billion off the company’s market value.

At the time, J&J dismissed the Reuters’ report as “an absurd conspiracy theory.”