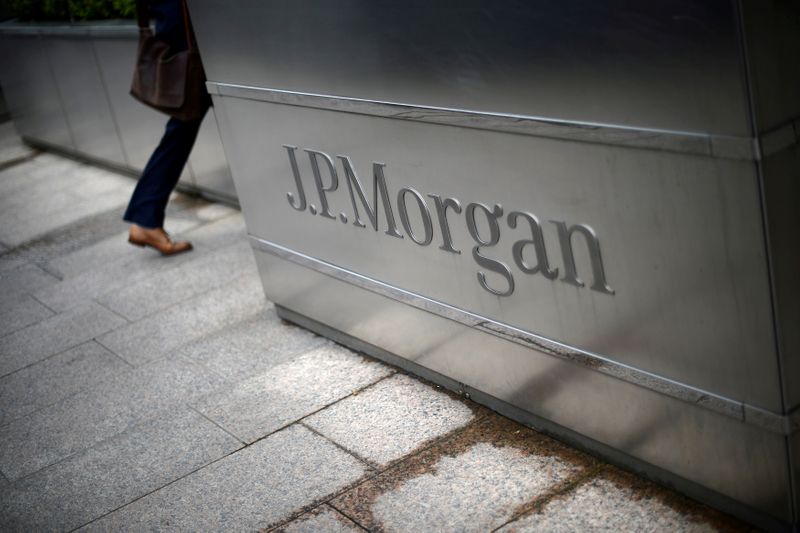 © Reuters. FILE PHOTO: A man walks into the JP Morgan headquarters at Canary Wharf in London

JPMorgan said on Monday that it would detail the initiatives at the bank’s investor day. The bank has faced years of criticism from environmentalists for its relationships with fossil-fuel companies, scrutiny it has sought to avoid at events like its annual shareholder meeting, which are open to the public. (https://reut.rs/38lCdmj)

The bank’s changing approach at its 13th annual investor day, which is invitation-only, comes as other big U.S. banks have announced similar initiatives.

JPMorgan said it will facilitate $200 billion of transactions in 2020 that “support climate action” and advance the United Nations’ sustainable development goals.

Those transactions are expected to be a mix of loans, underwriting, advisory services and investments, and will include $50 billion of financing for green initiatives, which was earmarked to count toward a 2017 target.

The bank said it set the new target will allow it to do business with projects that address more than just climate change, such as initiatives aimed at improving social and economic development, like infrastructure, access to affordable housing and health care.

The bank said it will also stop providing financing for new oil and gas developments in the Arctic, and will expand restrictions on its financing of coal mining and coal-fired power.

The bank declined to comment on the amount of previous revenues gained from this type of lending.