Home
Market
Keep calm and work from home during coronavirus, European banks tell workers
Prev Article Next Article
This post was originally published on this sitehttps://i-invdn-com.akamaized.net/trkd-images/LYNXMPEG231S7_L.jpg 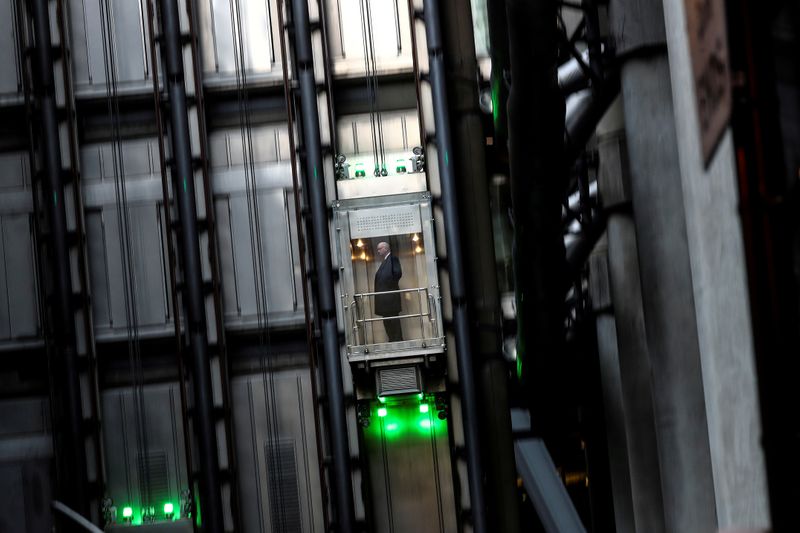 By Carolyn Cohn and Valentina Za

(Reuters) – Global banks and small investment firms in Europe are urging staff to work from home and curb travel as the financial industry braces for disruption from the rapidly spreading coronavirus outbreak.

For many companies it will be a first-time experiment with home working on a wide scale, but as many Asian offices begin to normalize working practices after their own attempts to stop the spread of the virus, the signs are that the European industry will adapt.

In Italy, the European country with the highest number of known coronavirus cases so far, number one lender UniCredit has allowed many of its staff to work from home, with less than a third of workers at its Milan headquarters currently turning up to the office, according to a person with knowledge of the matter.

Swiss banks Credit Suisse (SIX:) and UBS have joined other global lenders in imposing restrictions on international travel to stem the spread of the virus, people familiar with the situation told Reuters, while France’s Natixis and Societe Generale (PA:) and Spain’s BBVA (MC:) also said they had stopped staff going to high-risk areas and limited travel elsewhere.

Although the large majority of coronavirus cases have been recorded in China, the virus is spreading worldwide with some 80 countries reporting confirmed cases of the flu-like illness that can lead to pneumonia. South Korea and Iran have been particularly hard hit and the number of cases in Europe is rising.

Italy had reported 107 coronavirus-linked deaths as of Wednesday and more than 3,000 confirmed cases since the outbreak surfaced 13 days ago.

A spokeswoman for the European Central Bank said it was monitoring developments and was in close contact with the banks it supervises regarding their business continuity plans.

German and British financial regulators, meanwhile, said they were keeping a close eye on how prepared banks and other institutions were.

According to government projections, up to a fifth of the total workforce in the UK could miss work during the peak of an epidemic.

One of Europe’s biggest insurance markets, Lloyd’s of London, said it had “emergency trading protocols” to ensure business continues if access to its City of London tower is limited, including encouraging electronic placing rather than the traditional practice of brokering face-to-face deals.

In 2018, financial services accounted for almost 7% of Britain’s total economic output, half of it generated in London.

Natixis said its trading floor staff in Hong Kong were already equipped to work from home and it would be deploying the same measures to its staff in France shortly.

Smaller firms have been implementing their own measures.

“We’ve said for people to either travel outside of peak times or to take a taxi … or to cycle,” said James Walker, managing partner at London-based computer-driven hedge fund firm Solaise Capital Management.

“Our next step would be for everyone to work from home if (the outbreak) gets materially worse,” said Walker, whose 11 staff are now rotating shifts to avoid the whole team falling ill at the same time.

Whether the temporary measures lead to a longer-term change in working habits in an industry renowned for long hours spent in the office remains to be seen.

“Everyone in our Asian offices has been doing the home rotation thing and their markets didn’t malfunction,” said Mike Kelly of Pinebridge Investments. “At the end of all this, a lot more people will learn they can telecommute.”

Others were more pessimistic.

“In extreme circumstances – like a ban on public transportation or the authorities’ decision to shut down all offices we would really struggle to operate,” said one bond trader at an Italian bank.

“If that is the scenario, well, the market itself would vanish.”