Home
Stocks
Key Words: 5 life and financial lessons from Judge Judy
Prev Article Next Article
This post was originally published on this site

Court is adjourned — but these Judyisms will live on.

“Judge Judy” shocked her roughly 10 million daily viewers on Monday, as Judy Sheindlin revealed on “The Ellen Degeneres Show” that the 2020-’21 season will be her courtroom show’s last.

“I’ve had a 25-year-long marriage with CBS, and it’s been successful,” Sheindlin told DeGeneres. “Next year will be our 25th season, silver anniversary, and CBS, I think, sort of felt, they wanted to optimally utilize the repeats of my program, because now they have 25 years of reruns.” [Indeed, she earned $100 million in 2017 from selling the rights to her library of more than 5,200 “Judge Judy” episodes to CBS VIAC, -1.22%  , according to Forbes, and is the highest-paid TV host in the country.]

Sheindlin isn’t hanging up her robes for good just yet, though — she’ll be back on the air the following year with a new show, “Judy Justice,” about which she wouldn’t share details beyond it’s “going elsewhere” than CBS.

Sheindlin, 77, who’s worth an estimated $400 million, commands $47 million a year for “Judge Judy,” thanks to the sharp tongue, quick wit and zero tolerance policy for B.S. that have made her a household name — not bad for a former New York Family Court judge who was once living a Manhattan studio apartment with her husband — complete with a Murphy bed. (Today, they’ve got homes in NYC, Beverly Hills, Greenwich, Conn. and Naples, Fla.) 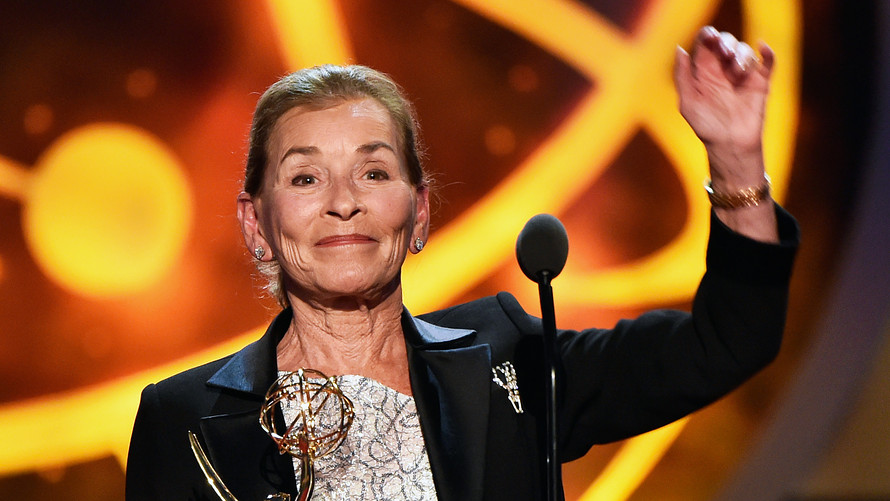 So in honor of the next chapter of Sheindlin’s career, here are five of her biggest lessons and pieces of personal-finance advice that she’s shared in and out of her courtroom.

1. You’ve got to put in the work. Nothing gets Her Honor more incensed than someone with no good reason for being unemployed. Some of her most popular “Judyisms” include a variation on, “Do you have a job? Well, get one!” And she’s even less forgiving for parents, saying: “If you have children, you have to do whatever it takes to support them. That’s your job.” As far as landing work, she recommends playing to your strengths: “Find something that you’re naturally good at, find out how to make a living at it,” she’s said.

2. Make yourself indispensable — and get paid for that. Sheindlin infamously didn’t negotiate her $47 million a year salary, according to a New York Times Magazine interview last year; she dictated it. Every three years, she has dinner with the president of CBS Television Distribution, and she hands him an envelope with the salary that she wants for herself and her show’s staff. And that’s because she knows she’s made herself indispensable: She is “Judge Judy,” after all, and her product is a ratings winner — even beating “The Oprah Winfrey Show” in its last few seasons. “In order to negotiate your own worth you have to make yourself indispensable,” she told Megan Kelly in 2018. “Once you’re indispensable you set your own rules.”

3. Don’t. Lend. People. Money. “If a bank won’t give your friend or family member money, why should you?” Sheindlin has mused on her show. She’s also cracked, “Do you know when a gift becomes a loan? When the relationship is over.” Seriously, love and money get complicated — just check out The Moneyist’s column, or these other cautionary tales. If you do want to help out a relative financially, consider these tips. And always get your agreement in writing, or keep receipts if you purchase something for someone — Judge Judy generally rules on the sides of those who can provide hard evidence.

4. “Don’t pee on my leg and tell me it’s raining.” In other words, cut the B.S. — she can see through it, and so will many other judges, employers and people you’re trying to impress, and she’ll be quick to cut you down. “Stupid is not written on my forehead,” she often says. Other “Judyisms” on honesty include her yelling “Liar, liar, pants on fire!” and “Baloney!” You’ll want to show her due respect, as well — the Honorable Judge Judy has called out plenty a plaintiff and defendant for not dressing appropriately for court, or for saying “yup” instead of “yes.” You only have one chance to make a first impression, “and if that first impression is a crummy one, you are clawing your way out for a very long time,” she told Katie Couric.

And here are some other famous “Judge Judy” one-liners from over the years.