Home
Stocks
Key Words: Do not ask Liverpool manager Jurgen Klopp about the coronavirus
Prev Article Next Article
This post was originally published on this site 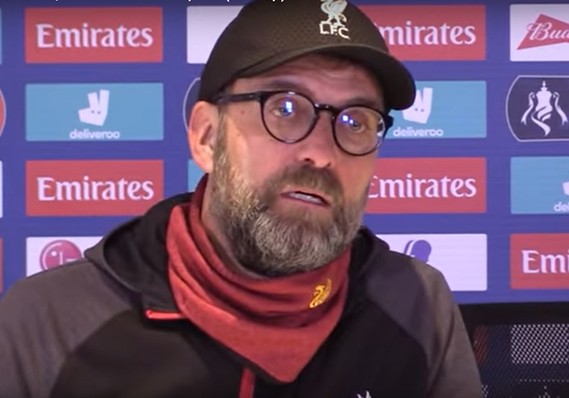 Somewhere Ricky Gervais is tipping his cap to Jurgen Klopp.

‘Politics, coronavirus, why me? I wear a baseball cap and have a bad shave.’

That’s Klopp, after his soccer team’s defeat to rival Chelsea in an FA Cup match on Tuesday, responding to a reporter who asked if the famed Liverpool coach is concerned about the spread of the coronavirus.

“What I don’t like in life is that a very serious thing, a football manager’s opinion is important,” Klopp explained. “We have to speak about things in the right manner, not people with no knowledge, like me, talking about something. People with knowledge will talk about it and tell people to do this, do that, and everything will be fine, or not. Not football managers, I don’t understand that.”

His comments come as sporting events around the world continue to be affected by the coronavirus. The Italian government, for instance, said it’s “highly likely” soccer matches in Series A will be played behind closed doors for a month.

His rant was well-received across the internet:

Jürgen Klopp for President, because he knows that he does not know https://t.co/RxdDA6Hedi

Add Ricky Gervais to the list of those who would surely appreciate Klopp’s resistance to wading into the fray on matters outside his expertise, considering the comedian’s epic opening speech at the Golden Globes earlier this year.

“You’re in no position to lecture the public about anything,” he told the star-studded audience. “You know nothing about the real world. Most of you spent less time in school than Greta Thunberg. So if you win, come up accept your little award, thank your agent, and your god and f*** off.”

Klopp clearly got the memo.