Home
Stocks
Key Words: Dr. Ronny Jackson concedes he failed to get Trump to abide by his exercise prescription but was making diet inroads
Prev Article Next Article
This post was originally published on this site

‘The exercise stuff never took off as much as I wanted it to. But we were working on his diet. We were making the ice cream less accessible, [and] we were putting cauliflower into the mashed potatoes.’

That’s former White House physician Ronny Jackson, whose effusive briefing-room delivery of the results of President Donald Trump’s physical exam in early 2018 made him a Trump favorite (and nearly a cabinet member), summarizing his efforts to upgrade the presidential diet and exercise regimen, per a New York Times report.

Jackson, who served in his White House role under administrations of both parties, is currently on the Republican primary ballot for a congressional seat in his native Texas. The New York Times reports he was encouraged to run for office by President Trump and has drawn a supportive tweet from presidential son Eric Trump, even though neither has formally endorsed Jackson’s run. 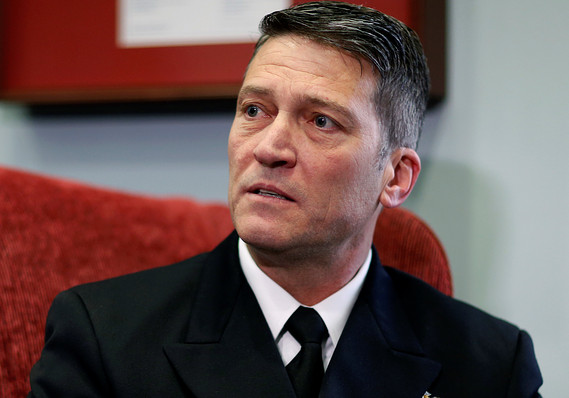 Jackson’s examination notably included a test of Trump’s mental acuity — criticized at the time as more appropriate to gauge the capacities of a patient suspected of declining toward dementia than to burnish one’s credentials to serve as commander-in-chief of a global superpower — which also returned to the news on Tuesday as Jackson cast doubt on former Vice President Joe Biden’s cognitive state. “Scary!!” Jackson exclaimed in a tweet posted late Tuesday.

Jackson withdrew as a candidate to lead the Department of Veterans Affairs amid allegations of unprofessional conduct.