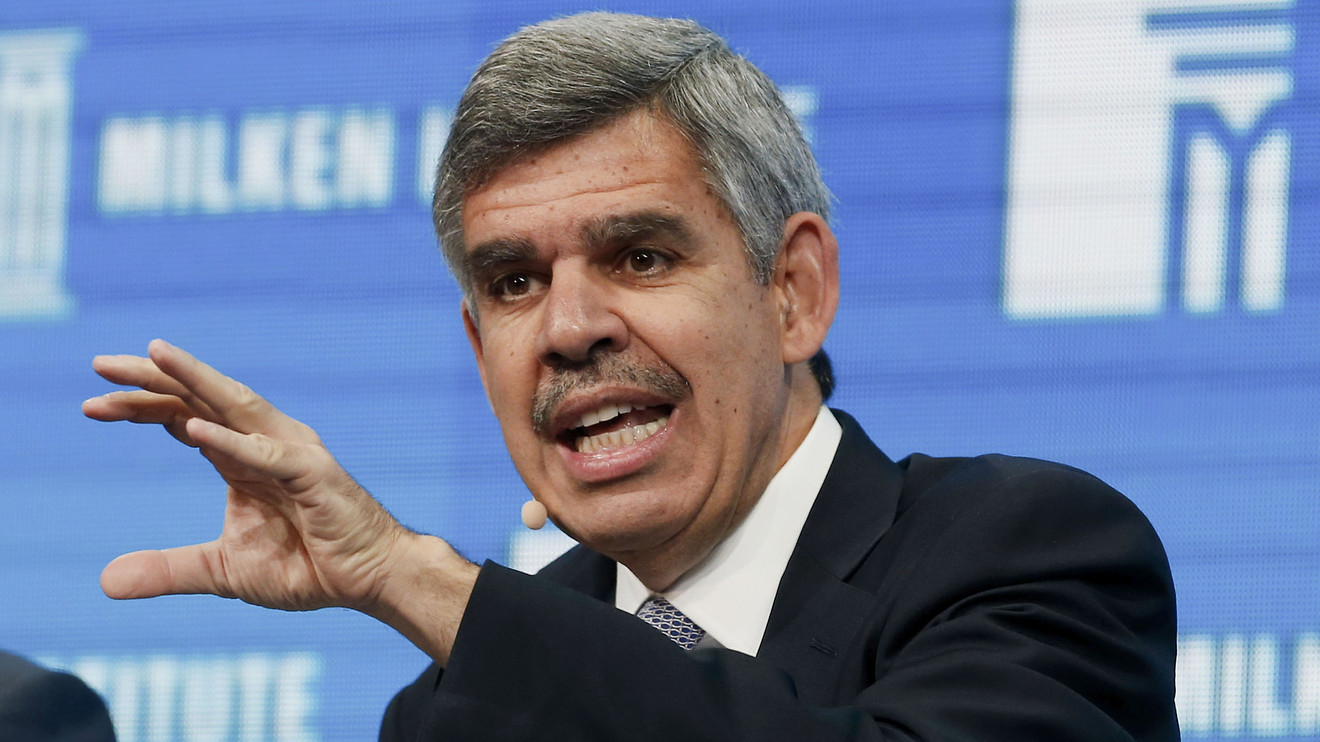 ‘I would say continue to resist, as hard as that is, to simply buy the dip because it has worked in the past.’

That was the widely followed investor and chief economic adviser to Allianz in an interview with CNBC ahead of Tuesday’s opening bell.

Stocks opened moderately higher, but then turned south, a day after the Dow Jones Industrial DJIA, -1.01% tumbled more than 1,000 points, with the blue-chip gauge and the S&P 500 SPX, -1.00% both falling more than 3% for the biggest one-day drop since February 2018.

Meanwhile, other assets weren’t playing along with the notion of a rebound in appetite for risky assets, either Treasurys, which saw heavy buying Monday as investors piled into traditional havens, saw further gains Tuesday, driving down yields. Crude-oil futures, which have proven sensitive to worries about the economic impact of the viral outbreak, remained under pressure.

El-Erian in a Feb. 2 guest column in the Financial Times said the spread of the coronavirus was likely to snap investors out of the buy-the-dip mentality that has proved highly profitable in the years since the global financial crisis. He argued that the impact of disease spread, subsequently named COVID-19, would pose a significant threat to global economic growth.

Moreover, the threat to both the supply and demand sides of the global economy would be one that increasingly stretched global central banks would find difficult to counter, El-Erian wrote, just as the gap between elevated asset prices and weaker economic conditions was becoming more unsustainable.

That initial warning against buying the dip came after a late January swoon for stocks on rising concerns around the outbreak’s impact on China’s economy and supply chains. Investors ignored it, quickly pushing major indexes back into record territory. Monday’s selloff erased year-to-date gains for the Dow and S&P 500.