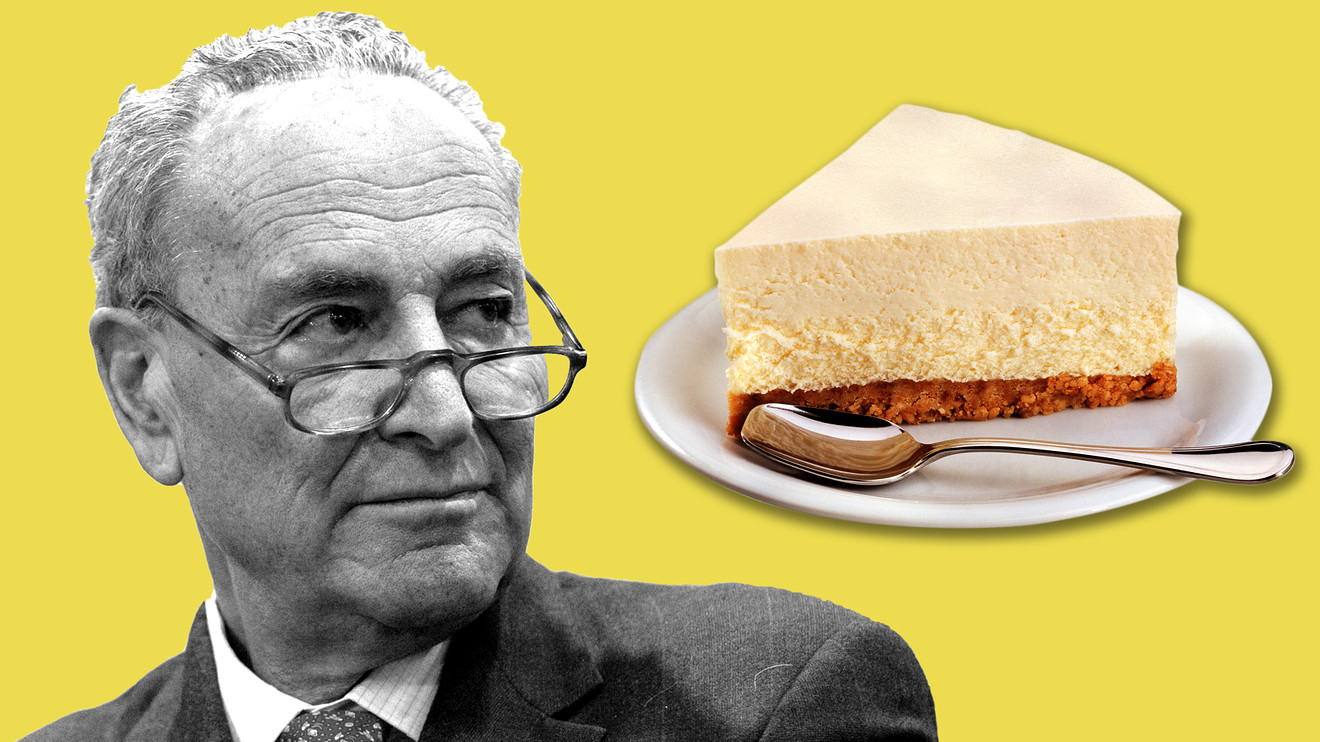 When it comes to political gifting, this takes the cake.

Turns out, Senate Minority Leader Chuck Schumer (D-NY) has spent more than $8,600 on cheesecakes in under 10 years, according to a New York Post analysis of Federal Election Commission filings between 2009 and 2016.

“Guilty as charged,” Schumer confirmed during a Sunday news conference reported by CNN, verifying that his Friends of Schumer PAC paid NYC restaurant Junior’s Cheesecake for “supporter acknowledgments” in amounts ranging from $46 to $516.45. After 2016, however, the Schumer campaign began giving its supporters other treats, such as books, instead of dishing out the rich cakes.

“I give them as gifts. I use them for bets, you know when someone wants to bet something, you know for a Brooklyn thing versus a Wisconsin thing,” said Schumer, while holding up a copy of the Post report and a platter of six slices. “So I say to the New York Post and others, guilty as charged. I love Junior’s cheesecake. It’s the best cheesecake in the world.”

The New York Post, which shares common ownership with MarketWatch, crunched the numbers to reason that, at the current price of $43.95 for Junior’s signature plain cheesecake, Schumer bought some 196 cakes in five years.

Angelo Roefaro, Schumer’s press secretary, also told CNN that the senator “likes any flavor, but plain allows one to really savor that Junior’s recipe.” Schumer’s office also told the news outlet that the confections were not purchased with any taxpayer money.

Junior’s, which calls itself “The World’s Most Fabulous Cheesecake,” was founded in Brooklyn in 1950. Alan Rosen, whose family launched Junior’s and has owned it for three generations, told the Post that this was, “Totally news to me. But I am appreciative.”

Schumer’s not the only politician to treat himself and his friends to good eats. In a recent interview with MarketWatch, former South Bend, Ind., mayor and Democratic presidential hopeful Pete Buttigieg shared that he also splurges on food “as a treat.” His taste runs more savory than Schumer’s, however, as Buttigieg has confessed to craving beef jerky.