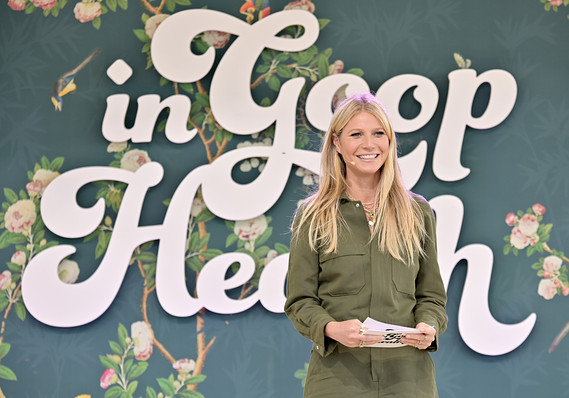 Paltrow said she still had a lot to learn when she launched Goop.

During an appearance at the National Retail Federation’s “2020 Vision” trade show this month, the Oscar-winning actress Gwyneth Paltrow told a packed house that she knew what she wanted to accomplish when she launched Goop from her kitchen table in 2008, but she didn’t know she would need bookkeeping skills to do it:

‘If you told me when I was on the set of “Shakespeare in Love” that I should learn accounting, I wouldn’t have believed it.’

Paltrow, who appeared on stage Tuesday for a Q&A session with Ellevest Chief Executive Sallie Krawcheck, said she “spent a lot of time googling things under the table” during meetings in her attempt to get up to speed on topics that were still new to her.

See: ‘How can we really milk the s— out of this?’ Gwyneth Paltrow asks in ‘The Goop Lab’ trailer

She also logged time at that kitchen table reading up on new topics like inventory management, sometimes, she said, at 2 a.m. “I’m thinking, ‘Can’t I just go back to making out with Ethan Hawke?’ ” Paltrow said. She and Hawke starred in “Great Expectations” in 1998.

Though Goop focused on content for its first five or six years, it’s now also a “contextual commerce” site, selling items that are mentioned in or related to stories that appear on the site, and a media business, with a new Netflix program, “The Goop Lab,” coming Jan. 24.

Gwyneth Paltrow welcomes you to The Goop Lab on January 24 pic.twitter.com/o83H2OvzEV

Paltrow has another big name in mind when asked who else does “contextual commerce” well: Disney DIS, -0.61%  . “Disney creates context and story resonance and then creates lines of business from that,” Paltrow said.

Read: From Tide Pods to AirPods, here are ‘the most influential products’ of the decade

But, at the same time, Goop’s content has courted controversy. Paltrow chalked up some of that blowback to her being a Hollywood notable before adding “entrepreneur” to her résumé. She thinks being a woman was a factor, too, she said. “There are different reactions to me and other women who step outside of the box,” she said. “I’ve been in the public eye for a long time. I knew that would be a part of it.”

The company has also run into trouble over its business practices. Goop settled a lawsuit last year over claims about the health benefits of vaginally inserted jade eggs, which cost the company $145,000.

Many of the negative comments that greeted a Netflix tweet promoting the “Goop Lab” took Paltrow and Goop to task for sharing what critics characterize as harmful misinformation.

Paltrow, for her part, attributed many of the negative reactions — and headlines — to Goop’s commitment to discussing topics that are still social taboos. “It never ceases to amaze me the amount of controversy around women talking about their sexuality,” she said.