Home
Stocks
Key Words: Hillary Clinton may not be a fan, but she is prepared to vote for Bernie Sanders
Prev Article Next Article
This post was originally published on this site 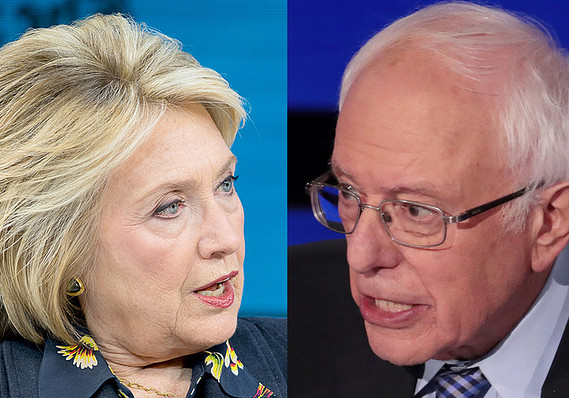 Former Secretary of State Hillary Clinton went full “unvarnished” last month when she ripped onetime rival Bernie Sanders by saying, “Nobody likes him, nobody wants to work with him, he got nothing done. It’s all just baloney.”

Now, with Sanders emerging as the top contender for the Democratic nomination, Clinton seems to be coming to grips with the reality of the situation:

‘I will support the nominee, and it won’t surprise you to hear me say that I think that it’s imperative that we retire the incumbent.’

Yes, judging from those widely reported comments at the Berlinale film festival on Tuesday, her focus is clearly on getting Donald Trump out of the White House, even if it means holding her nose and voting for Sanders.

Clinton was at the festival to promote the upcoming documentary, “Hillary,” which will air on Hulu in March.

This isn’t the first time she’s vowed to support the Democratic nominee, but it IS the first time the former first lady has said that since the Vermont senator finished strong in Nevada, New Hampshire and Iowa.