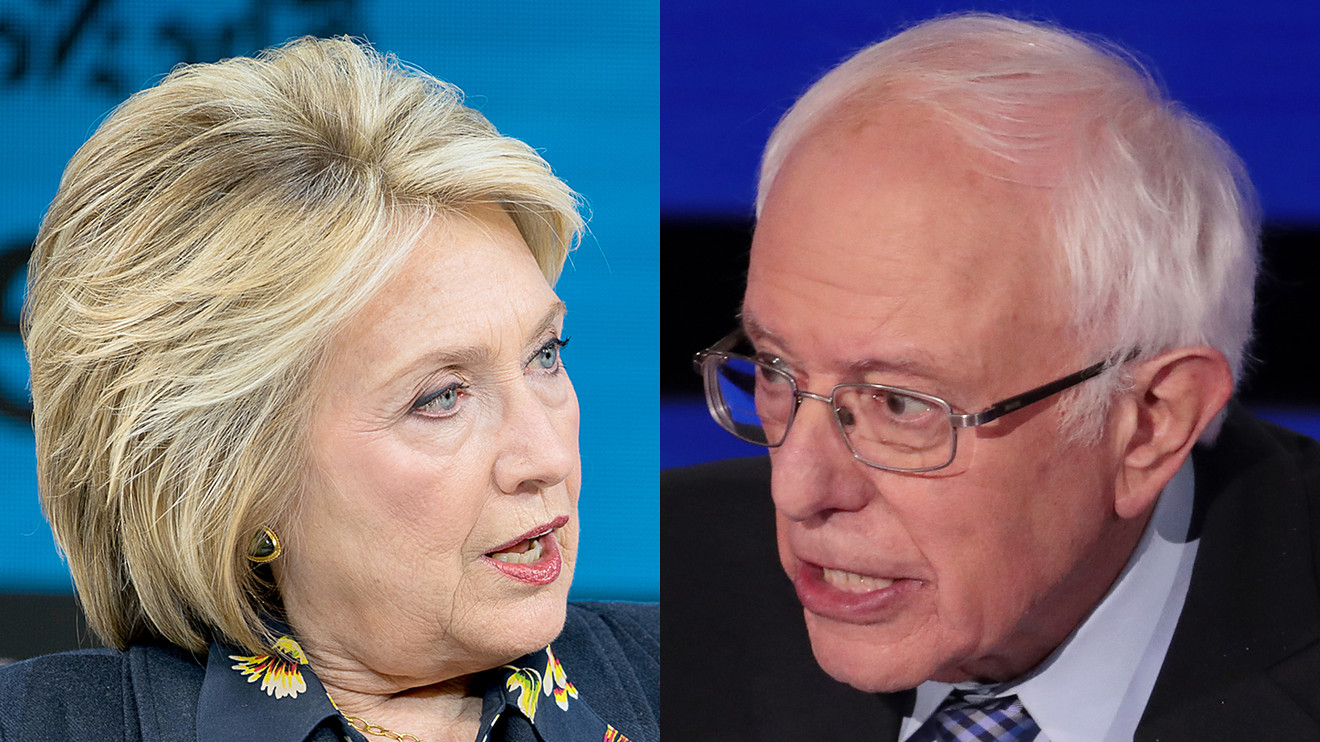 ‘Nobody likes him, nobody wants to work with him, he got nothing done. He was a career politician. It’s all just baloney and I feel so bad that people got sucked into it.’

In an interview with the Hollywood Reporter that was published on Tuesday, Clinton, who beat out Sanders in the 2016 U.S. presidential elections to take on Trump, stood by those words and stopped short of endorsing him even if he wins the Democratic nomination.

Of course, her take didn’t go over well with many on Twitter, including one guy who was quick to point out this tweet from a few years back:

“This election must be about bringing our people together, not dividing us up.” —@BernieSanders

Clinton explained it’s not only Sanders himself, but the culture around him.

“It’s his leadership team. It’s his prominent supporters. It’s his online Bernie Bros and their relentless attacks on lots of his competitors, particularly the women,” she said in the interview. “And I really hope people are paying attention to that because it should be worrisome that he has permitted this culture — not only permitted, [he] seems to really be very much supporting it.”

Here’s the trailer for the documentary: