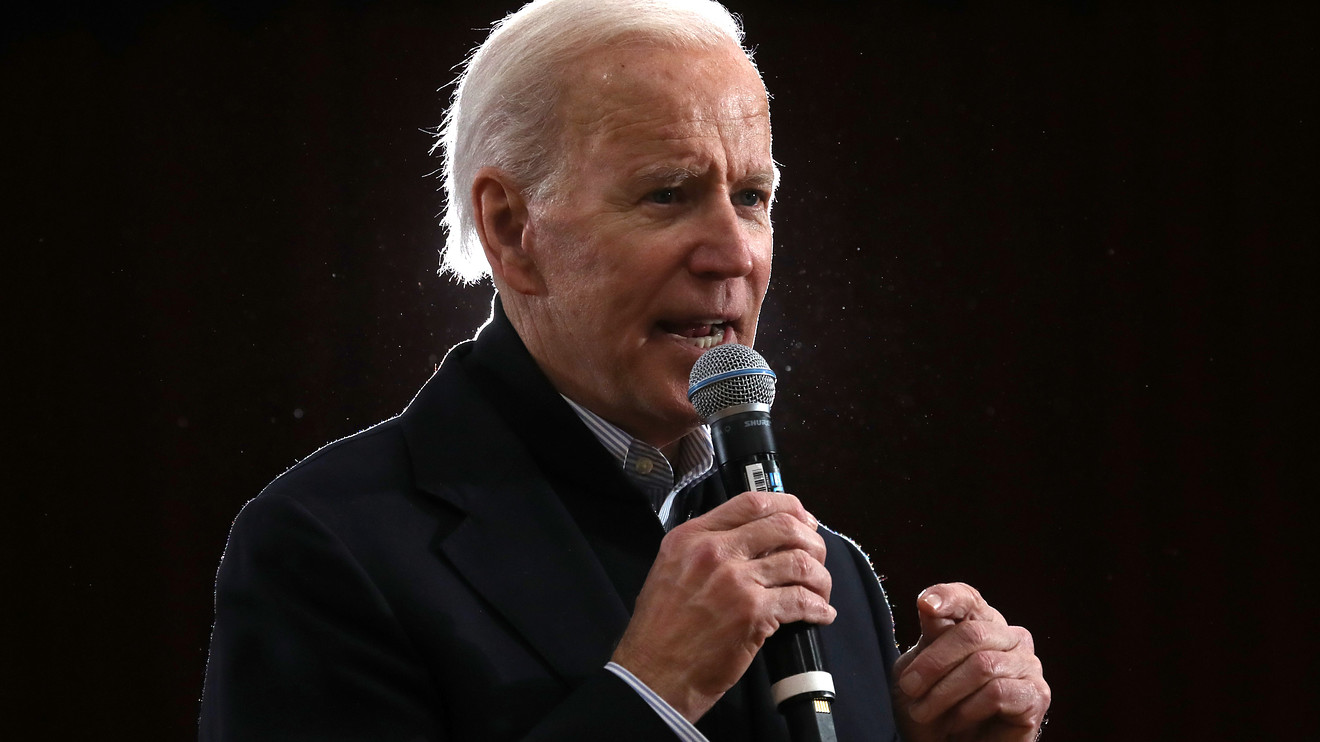 Madison Moore, a 21-year-old economics student in New Hampshire, asked the former vice president and Democratic presidential contender about his electability on Sunday. She questioned Biden about coming in fourth place in Iowa when he had so many advantages over his opponents, including his government experience and not having to attend the impeachment trial.

“That’s a good question,” Biden responded, before asking whether Moore had ever been to a caucus. When the visibly nervous young woman said yes she had, he countered, “No you haven’t,” before slinging a bizarre, joking insult:

After a New Hampshire voter asks @JoeBiden why they should trust he can turn his campaign around, he asks if she’s ever been to a caucus before; when she says yes, Biden snaps: “No you haven’t. You’re a lying dog-faced pony soldier.” pic.twitter.com/3uxOAu0Ues

That drew plenty of confused reactions online. “If he can’t handle a simple question from one of his own supporters, how can Joe Biden possibly take on Donald Trump one on one for six months?” asked Donald Trump, Jr., on Twitter TWTR, -2.34%.

Not joking. That’s an exact quote.

Biden initially asked the student if she had ever caucused before, and I guess she said yes (I didn’t see or hear what she said), and then I believe he replied, in a joking way: “you’re a lying dog faced pony soldier”???? Which is not a phrase I have ever heard????? ???

There were also plenty of jokes.

Little known fact, dog faced pony soldier was a common turn of phrase when Joe Biden was a lad.

It was used to describe Yankee cavalry by southern Democrats during the War of Northern Aggression.

And this is not even the first time that Biden has dropped the questionable phrase. One Twitter user noted he said it in January when a voter asked him about Obamacare.

In January, former VP Joe Biden used the phrase “lying dog faced pony solider” in response to a question about Obamacare. It’s a quote from a John Wayne movie. pic.twitter.com/oduqXA0R53

There’s also video of Biden saying it during a 2018 campaign event for former Sen. Heidi Heitkamp (D-N.D.), when he used the term to insult her opponent Kevin Cramer (who won her seat), explaining that: “There’s a line in a movie, a John Wayne movie, where an Indian chief turns to John Wayne and says, ‘This is a lying, dog-faced pony soldier.’”

His campaign responded to the most recent use of the word by also claiming it’s a line from a Wayne film. But Slate wasn’t able to find the movie immediately, although the news site noted that Wayne had made 180 movies.

There is a 1952 film called “Pony Soldier,” however, where a chief does say, “The pony soldier speaks with a tongue of the snake that rattles.”

And in Wayne’s 1949 movie “She Wore a Yellow Ribbon,” which has no Native American chiefs in it, the narrator does use the phrase “dog-faced soldiers.”

Fox News spoke to Moore after her strange exchange with Biden, and she called a lot of what he has been saying of late “very pathos-based and sad.” She added that, “to me, he doesn’t really seem to be very solution-oriented. I don’t think he has the momentum to carry this to a national election.”

Fox News’ @GriffJenkins spoke to the 21-year-old voter Biden called “a dog-faced pony soldier,” Madison Moore, who had this to say:

“A lot of what he’s saying seems to be … very sad … I don’t think he has the momentum to carry this to a national election.” pic.twitter.com/RXoofBterU

Over the weekend, Biden also dismissed his Democratic presidential rival Pete Buttigieg as “not a Barack Obama.”